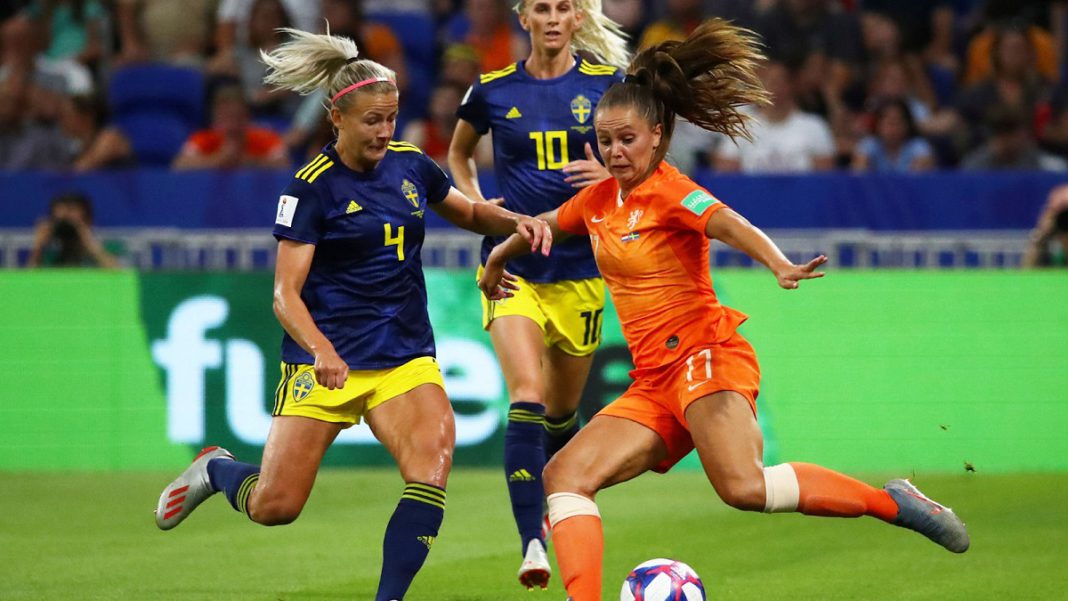 When it comes to gender equality and equal rights for women, the world has come a long way in recent years. Women, who were not allowed to do many things that men did, have now succeeded in making their names heard. They have become as successful as men in many professions. Women have managed to overcome the seemingly insurmountable odds and challenged the status quo mentality by using their power and intelligence. Women’s football is no exception and in this post, we will take a quick look at its history and list out the best women footballers of all time.

How did women’s football start?

Undoubtedly, football is the first thing that comes to mind when it comes to the sport that has made the most mention of the last century and is watched by billions of people. Although this sport, which has been under the rule of men for many years, has been tried by women in the past centuries, these attempts have always been weak and unsuccessful due to many different reasons.

A tournament was organized the following year, but when this tournament did not attract enough attention, a few matches were played for many years and the teams had an ineffective period. This period continued in the same way until 1969, but when the Women’s Football Association was established in England that year, women’s football finally achieved great momentum.

When was the first official women’s football tournament held?

With the 1970-1971 season, the first official women’s football tournament, the FA Women’s Cup, was held in England again and was engraved in history as a great progress. Now, women football players have a platform where they can show their talents and they have improved themselves in this field by participating in organizations that make their names known. Thanks to this rapid movement, many national women’s football leagues started to be established in a short time and some famous football teams became pioneers by keeping up with this change with their women’s football players. In the 70s, international tournaments such as the European Women’s Football Tournament and the Asian Women’s Football Tournament began to be organized.

Large-scale tournaments such as the European Football Championship in 1984 and the FIFA Women’s World Cup in 1991 began to be organized for the first time. Since the 1996 Summer Olympics in Atlanta, Women’s Football Competitions have started to take place officially and it is now certain that women’s voices will be heard in this sport. Even though it was a difficult road, thanks to these developments, women football players ended the stereotype that is now introduced as “Football is a men’s game”.

Today, there are many female football players who have made a name for themselves all over the world with their impressive skills. Let’s get to know these names together and take one more step to get the popularity they deserve.

Here Are The Best Female Football Players Of All Time:

The talented football star, whose full name is Marta Vieira da Silva and known in the world as Marta, was born in Brazil in 1986. Known by everyone around her interest and talent in football at an early age, Marta was discovered while playing in the Vasco Da Gama club when she was only fourteen, and thanks to her success, she was transferred from this team to Sweden’s Umea IK team. The talented football player, who achieved a lot of success with the Brazilian National Team, continued her career in famous football clubs and was honored with international awards. She is one of the most well-known female football players in the world today.

Megan Anna Rapinoe or better known as Megan Rapinoe was born in 1985 in the United States. Rapinoe, who was both a successful student and a talented basketball player during her high school years, later became one of the most well-known female soccer players in the United States. She was well-known in the amateur women’s league between 2002 and 2005 and started her professional sports career with the Chicago Red Stars team. The famous football player, who is also the captain of the USA women’s soccer team, is also a famous LGBT rights defender and activist.

Wendie Renard, who was born on the island of Martinique in France in 1990, is one of the most well-known names among French female football players. Wendie Renard, whose talent was discovered at the age of fifteen, went to France with the desire to play football from the island of Martinique and started training at the INF Clairefontaine Football Academy. The famous football player who joined the Lyon Club in 2006 achieved numerous successes and made her name known. Wendie Renard, who has been running the ball for many years in the France Women’s Football National Team, is also the captain of the national team.

Famous Swedish woman Nilla Fischer was born in 1984 in Kristianstad, Sweden. Nilla Fischer, one of the most important players in Swedish women’s football, made her debut while playing for FC Rosengard. The famous football player, who later achieved success in Wolfsburg and Linköpings, is one of the constant players of the Swedish Women’s National team and is a talented name known around the world.

Kim Allison Little was born on June 29, 1990 in Aberdeen, Scotland. Kim Little, who liked to play football with her brother and father from a very young age, became known by joining the Hibernian Girls team in 2005. The famous football player, who has been followed by many clubs thanks to his remarkable talent, started playing Hibernian LFC football between 2006 and 2008. Continuing his career at Arsenal Women’s Football Club in 2008, Kim Little is one of the most valuable players of the Scottish National team.

Dzsenifer Marozsan, who was born in Hungary in 1992, started to live in Germany after her football player father Janos Marozsan migrated to Germany in 1996. Marozsan started his football career in Burbach, where he played for the men’s team. Due to his young age, his family was granted German citizenship by the German Football Association. The famous football player who played for FC Saarbrucken club between 2007 and 2009, wore the jersey of FFC Frankfurt club between 2009 and 2016. Marozsan, who has been playing for the German national team for many years, has achieved a lot of success on the football field.

The famous football player, whose full name is Lucia Roberta Tough Bronze was born in England in 1991. Playing as a defender, Bronze wore the jerseys of Sunderland, Everton, Liverpool, and Manchester City teams and impressed many people with her talent. The famous football player, who played in the English national team for many years, has won a lot of accolades both with the national team and the clubs she played for. She made history as the first English player to win the UEFA Women’s Player of the Year Award in 2019, and she still continues to be successful today.

Born in France in 1989, Eugenie Le Sommer is the child of a family of seven children. Le Sommer’s mother also played football and started her career at Trelissac Football club when she was just five years old. The famous football player, whose talent was noticed in a short time, continued her football life at FC Lorient. Le Sommer, who has achieved a lot with the French National team and other clubs she played for, has become one of the top scorers of the French Women’s National team.

Hope Amelia Solo was born in 1981 in the United States. Between 1996 and 1998, she played as a striker while in high school and made history by scoring one hundred and nine goals. She changed her position during her Washington University years and started playing as a goalkeeper. After playing in European clubs such as Gothenburg and Olympique Lyon, she continued her career in the USA. She went down in history as one of the most well-known goalkeepers of women’s football in the world. These days, she has been on a downward spiral of one personal issue after another. But none of that will take anything away from her incredible performances in the past.

The famous Chelsea star, whose full name is Samantha May Kerr, is one of the most famous female names in Australian football. The famous football player, born in 1993, is the top scoring female football player from Australia. Carrying out her professional life in the United States and England first, Kerr has been one of the most important players of the Australian National team. She also made history as the first Australian player (male or female) to score the first hat trick in a World Cup match.