Who is Ruturaj Gaikwad: The Promising Young Indian Cricketer 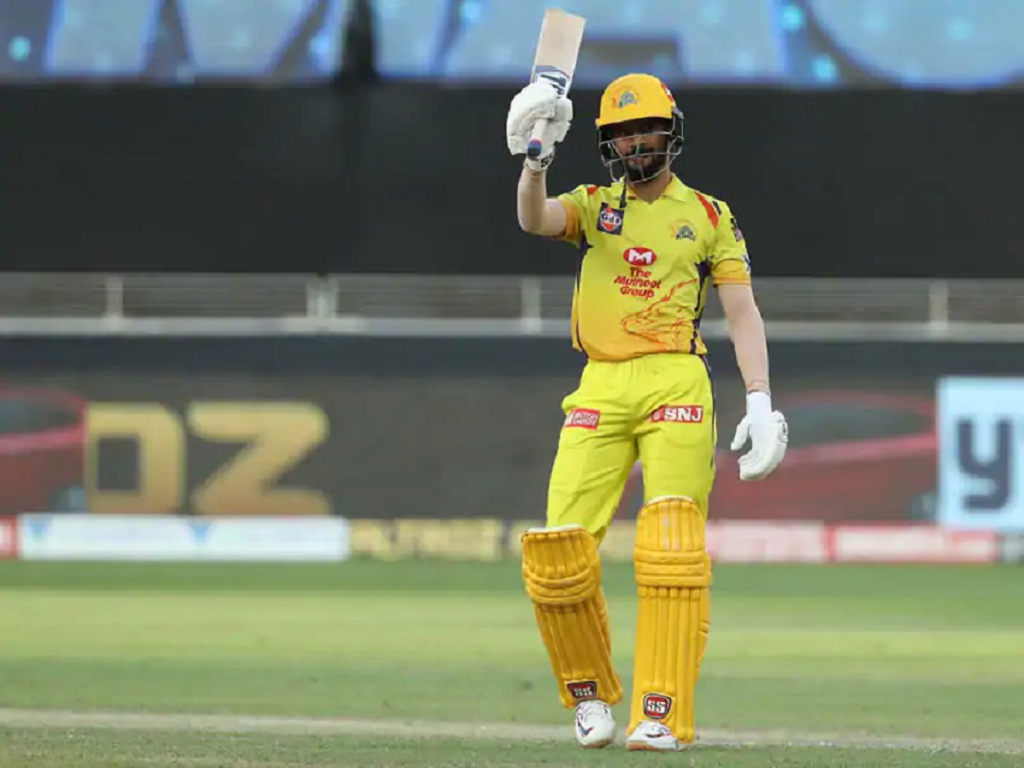 Ruturaj Gaikwad is one of the most promising young cricketers of India, especially within the realm of domestic cricket. He has been praised by numerous Indian cricketing legends for his incredible cricket IQ and a holistic understanding of the game. Sachin Tendulkar has also hailed him as a cricketer for the long run. Let’s find out about this rising star of Indian cricket.

Ruturaj Gaikwad: All You Need to Know

When was Ruturaj Gaikwad born?

Ruturaj Gaikwad was born on January 31st, 1997 in Pune, Maharashtra. He was born in an academically inclined family. His father, Dashrath Gaikwad works in the Defence research Development Organization (DRDO) and his mother is a teacher at a municipal school. He grew up in a joint family but none of his cousins played any sport at all.

When did Ruturaj Gaikwad make his first class debut?

Ruturaj Gaikwad made his first-class debut for Maharashtra in the 2016–17 Ranji Trophy on 6 October 2016.

When did Ruturaj Gaikwad make his T20 debut?

Ruturaj Gaikwad made his Twenty20 debut for Maharashtra in the 2016–17 Inter State Twenty-20 Tournament on February 2nd 2017.

When did Ruturaj Gaikwad make his List A debut?

Ruturaj Gaikwad made his List A debut for Maharashtra in the 2016–17 Vijay Hazare Trophy on 25 February 2017. This marked the first time that he was noticed by Indian cricket selectors when he ended up being the third highest run scorer of the tournament.

What is Ruturaj Gaikwad’s playing style?

Ruturaj Gaikwad is known for his impressive stroke play and fluid technique. He has an uncanny ability to score runs at a brisk pace without taking unnecessary risks. This incredible combination is found very rarely among cricketers and makes Ruturaj Gaikwad stand out among his peers. His batting style is based on his incredible touch and immaculate timing. He is quite different from most modern young batsmen who just depend on power hitting to score their runs. He is a cricketer who can score runs very fast, while looking effortless in the process.

Was Ruturaj Gaikwad a child prodigy?

Yes, Ruturaj Gaikwad was considered a seriously talented cricketer from a very young age. His prodigious talents didn’t go unnoticed and he was expected to make it big on the international stage. He rose quickly through the different age groups of the Maharashtra cricket team and regularly made the India A team. However, List A cricket is where Ruturaj Gaikwad has truly shown his brilliance. He has scored a large number of runs and done so at a fantastic strike rate. Because of his batting prowess, he has been expected to perform very well in first class cricket as well. He was selected for the 2019 squad of the Chennai Super Kings but he didn’t crack the playing eleven. However, he is most likely going to feature heavily in the team’s future plans.

Ruturaj Gaikwad made his first class debut as a 19 year old for Maharashtra during the 2016-17 Ranji Trophy. On his India A debut, shortly after his first-class debut, Ruturaj Gaikwad had an unceremonious start. He was dismissed for a duck against England Lions in January 2019. Fortunately, it was an aberration and he went on to score a prolific amount of runs during the summer.

Ruturaj Gaikwad scored a massive amount of runs in the List A circuit and that caught the eye of the Chennai Super Kings. During the 2018 Player Auction, the Chennai based franchise picked up Gaikwad for his base price of Rs 20 Lakh. Although he didn’t play any match in the 2019 season, the youngster had a huge learning curve settling in the mighty CSK camp. When Chennai Super Kings veteran Suresh Raina withdrew from the IPL just before the start of the tournament, the CSK management was confident that Ruturaj Gaikwad could fill that role. After all, Gaikwad has scored more List A runs than anyone for India A in the last two years – 843 runs in 15 innings. On top of that, he scored those runs while batting at the number 3 position, the one which Suresh Raina excels at. Gaikwad began the 2019-20 season with a below-par Vijay Hazare Trophy, the 50-over competition, but bounced back in the Syed Mushtaq Ali Trophy, the T20 tournament. His tally of 419 runs in 11 innings at a strike rate of 146.30 was only second to Devdutt Padikkal’s 580 runs in 12 innings.

He was expected to make a breakthrough during the 2020 IPL season but he tested positive for COVID-19 just before the start of the delayed IPL 2020 season in UAE. As per the IPL’s medical guidelines, any player in the bubble testing positive first has to isolate for 14 days followed by testing negative twice. The two tests are carried out on consecutive days. After that, he has to undergo medical tests put in place by BCCI’s team before he can start training. Rocket Raja Ruturaj Gaikwad eventually made his IPL debut and won the hearts of all CSK fans after having three man of the match performances in a row.

What do the coaches have to say about Ruturaj Gaikwad?

Ruturaj Gaikwad’s coach during his teenage years, Sandeep Chavan, had this to say about  the once skinny teenager who he coached: “He was our trainee at the Vengsarkar Cricket Academy. I think he was 16 and had played junior state level for Maharashtra as a middle-order batsman.

“I remember suggesting Rutu to start opening in club matches and told him that it would benefit him in future.” Gaikwad’s batting position was changed from number 3 to that of an opener accidentally.

“He was just 16 but I asked him to open in a senior-level match in a local tournament (Mandke trophy) and he proved me right by scoring 100 and 90 in both innings,” Chavan said.

“Initially, he did have his share of problems while opening in state matches, but adapted well and has now become a specialist opener,” Chavan said while going down memory lane.

According to Sandeep Chavan, he recognized Ruturaj Gaikwad’s special talent when he was a 12 year old walking into the Vengsarkar Academy in 2008.

“Initially there were technical issues, which we needed to focus on, but when he started playing against U-19s despite being an U-14, his confidence grew by leaps and bounds,” the coach said.

Mohan Jadhav, another former coach of Ruturaj Gaikwad, also had some interesting stories to share and establish a connection between his pupil’s formative days and his success in the IPL. He said: “He faltered in the first two of the three matches of the Invitation tournament and before the third game, I boosted his confidence saying that you can make most of the last game.

“And in the final game against Kolhapur, he scored 182, and from there he got selected for the Maharashtra junior team and in the camp, everyone showered praise on his batting,” The fantastic innings during the Invitation Cup eventually proved to be the turning point of the career of Ruturaj Gaikwad. Jadhav said that Gaikwad’s biggest asset is his ability of self-improvement and an astute ability to assess his own strengths and weaknesses. He concluded by saying this about the silky smooth batsman: “The biggest positive in him is the ability to develop on his own. As he started playing bigger matches, he did not confine himself to it, but started preparing for the bigger challenges. He has that mindset which is paying dividends.”

Brittany Matthews: Things You Might Not Know About Patrick Mahomes’ Girlfriend

As far as leisure activities in the world go, watching sports is one of the most popular ones out there. What started off as...
Read more