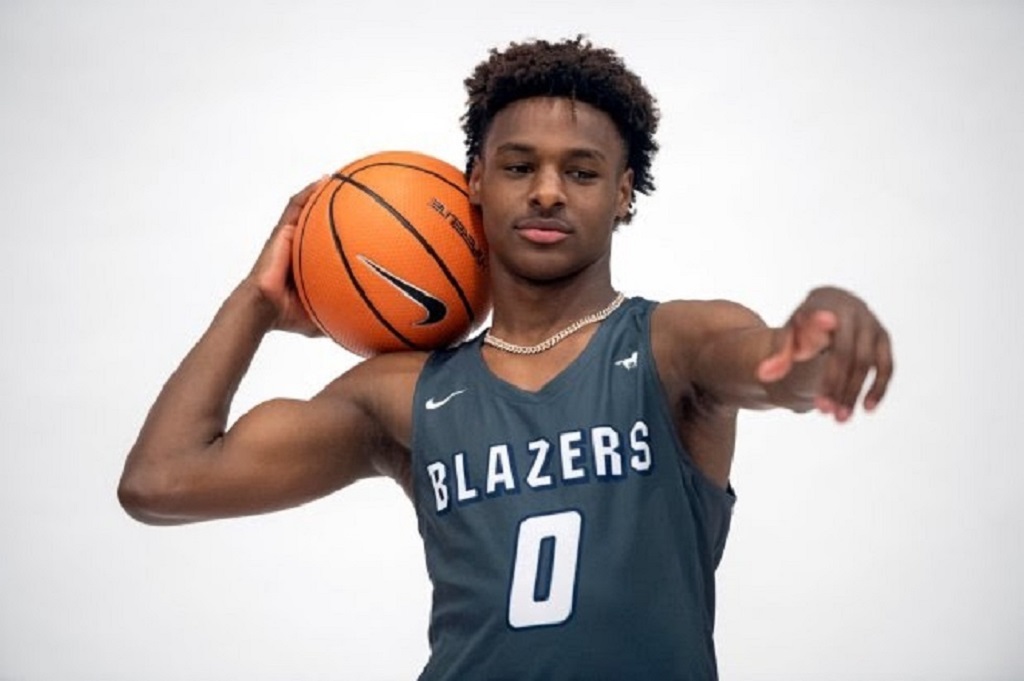 When was Bronny James born?

How did Bronny James get into basketball?

If you are the son of Lebron James, you are very likely to have great genes and a natural talent at sports. Starting off, Bronny James participated in numerous sports such as basketball and soccer. He wasn’t allowed to play Ice Hockey and American Football for safety reasons as both these sports involve violent collisions. Bronny James started concentrating mainly on basketball and by 2014, his highlight reels started appearing across the country. In February 2018, Bronny James led the Old Trail School in Bath Township, Summit County, Ohio, where he attended middle school, to an Independent School League tournament win.

How has Bronny James performed in AAU basketball?

Bronny James participated with various Amateur Athletic Union (AAU) basketball teams before he joined high school. When Bronny James was nine, he played for the Miami City Ballers at a fourth grade AAU tournament while being observed by Kentucky Wildcats head coach John Calipari. When a coach of a college program as elite as Kentucky is in attendance, you know it is a big deal. In June 2015, Bronny James and his Gulf Coast Blue Chips AAU team won the fourth grade championship at the League Dallas/Hype Sports Summer Jam.

In March 2018, Bronny James also helped the North Coast Blue Chips to a John Lucas All-Star Weekend title in Houston. On April 2, 2018, the Blue Chips finished undefeated and went on to win the under-13 championship at the NY2LA Swish ‘N Dish tournament in Wisconsin. Bronny James represented the same team at the Jr. National Basketball Association (NBA) Midwest Championships when he played against opponents from the ninth grade and went as far as the quarterfinals. In April 2019, he joined the AAU team Strive for Greatness at the under-16 Nike Elite Youth Basketball League (EYBL) in Indianapolis. Even though he was just 14 years old and going up against 16 year olds, Bronny James held his own and deeply impressed the scouts.

Bronny James enrolled at Crossroads School in August 2018. It is a private K–12 school located in Santa Monica, California. Even though he was good enough to join the varsity team, he was prohibited by California state rules to join it since he was only in the eighth grade. He had a fantastic debut for the school on December 3, 2018, scoring 27 points in a 61–48 victory over Culver City Middle School.

When did Bronny James transfer to Sierra Canyon?

For his freshman year of high school, Bronny James left Crossroads school and transferred to the Sierra Canyon School on May 29, 2019. It’s a private K–12 school in Chatsworth, Los Angeles. Bronny James’ younger brother Bryce James, and NBA Superstar Dwayne Wade’s son Zaire Wade also joined Bronny James at Sierra Canyon. Two other five star recruits, BJ Boston and Ziaire Williams also joined Sierra Canyon after Bronny James. At the start of the season, Sierra Canyon was touted as one of the best in high school basketball, with ESPN networks airing 15 of its games. Bronny James made his high school debut on November 21, 2019. He came off the bench and scored 10 points as Sierra Canyon blazed past Montgomery High School. On December 14, James scored 15 points, including a go-ahead layup, and was named game most valuable player (MVP) in a victory over his father’s alma mater, St. Vincent–St. Mary High School. He scored a season high 17 points on January 15, 2020 as the Sierra Canyon team won against Viewpoint School. Bronny James appeared in all 34 games during his freshman season and averaged 4.1 points in 15 minutes per game.

When James was nine years old, Ohio State Buckeyes coach Thad Matta joked, “He’ll be on the recruiting radar… I need to offer him a scholarship.” During the early part of 2015, it was revealed that Bronny James had already received offers from certain colleges. His father, LeBron James spoke on the matter and said: “It should be a violation, you shouldn’t be recruiting 10-year-old kids.” ESPN revealed in 2016 that Bronny James had received scholarship offers from the University of Kentucky and Duke University.

Bronny James is currently six feet two inches tall (1.88 metres). He plays as a guard and has been praised for his “smooth shooting stroke”, ball handling and passing. His “feel for the game” and on-court poise has also been praised by scouts.

Bronny James wore jersey number 0 because of his favourite NBA player is Russell Westbrook. However, he switched to his father’s number, 23 when he entered eighth grade.