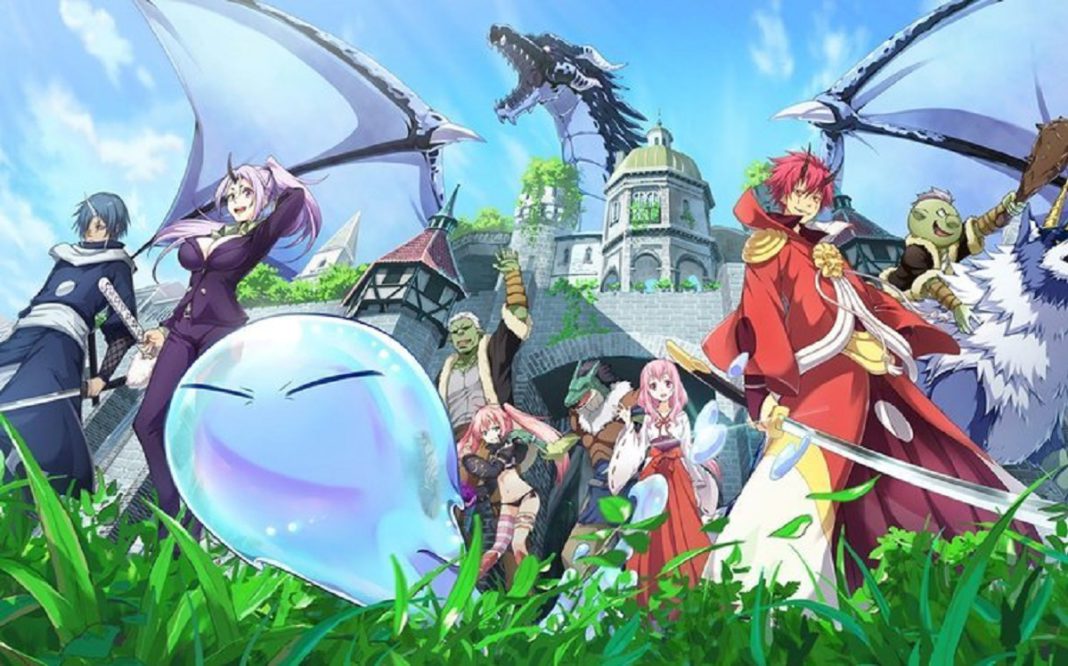 Are there plans for That Time I Got Reincarnated as a Slime Season 3 in 2022? Is the show scheduled for release? In what year will the 3rd season premiere? Let’s find out.

That Time I Got Reincarnated As A Slime Season 3 Release Date, Plot, Cast, Crew, and More!

Based on the light novel series written by Fuse and illustrated by MitzVah, That Time I Got Reincarnated as a Slime is about the protagonist of this anime, Rimuru Tempest. This slime, Satoru Mikami, is the reincarnation of an ordinary corporate employee who has the ability to consume anything and mimic his looks and talents in an alien world.

Will there be a season 3?

A third season of the awesome Isekai fantasy anime That Time I Got Reincarnated as a Slime would be a no-brainer for fans who love the series’ imaginative world-building.

Whether or not the show’s third season will return – There has been no official word!

Although That Time I Got Reincarnated as a Slime season 3 has yet to be officially confirmed, there is no specific release date for the anime series. Let’s not forget that the second season of the anime was originally scheduled to begin in October 2020, but was pushed back to January 2021 due to the development of the COVID-19 pandemic in Japan.

Anime shows have a habit of taking forever to come back with their next season, so it has never been officially confirmed that That Time I Got Reincarnated as a Slime Season 3 is officially over.

Spin-offs to watch while waiting for That Time I Got Reincarnated as a Slime Season 3:

Several different spin-off mangas were created on its basis, one of which – The Slime Diaries – was also filmed.

That Time I Was Reincarnated as a Slime: The Movie:

The story of That Time I Reincarnated as A Slime Movie will be about a new land called Razha located west of Tempest. Rimuru and his companions become embroiled in a long-running plot involving a girl who has a mysterious power. Rimuru and Benimaru, his commander, also meet Hiiro, an ogre who greatly respects Benimaru.

What does this have to do with season three? The fact that a series of movies are being released shows that the brand is still on the market. The film’s success will ensure that the budget for a third season is strong and that the series continues to be popular.

The film’s initial marketing touted a November 2022 release date in Japan with Crunchyroll behind the film’s theatrical distribution in all major territories (except Asia) sometime in early 2023.

That Time I Reincarnated As Slime: The Movie – Scarlet Bond is scheduled to be released in Japan on November 25th and will be in theaters globally in early 2023.

With ties within Tempest stronger than ever, the reappearance of someone from Benimaru’s past, as well as a conspiracy brewing in the small neighboring country of Razha; the bonds that unite the Storm Ogres will be put under immense strain. From what is shown in the film’s trailers, Hiiro has emerged from Razha and enlists Rimuru and company to help him and the mysterious queen, who possesses a strange power, deal with a major problem that could lead to the ruin of the nation. Queen Towa uses the power of a mysterious scarlet tiara to repel a strange “poison” that threatens the nation of Razha; however, using the tiara’s power has significant downsides and ramifications for Towa’s health.

The film will be handled by the same studio that handled the production of the Slime anime series, 8bit (also responsible for animation production on the upcoming football anime, BLUE LOCK ).

The Scarlet Link is directed by Yasuhito Kikuchi, who returns to the director’s place having been in that role for the anime series, while the script is the work of Kazuyuki Fudeyasu (Welcome to the Demonic School! Iruma-kun).

Cast members for the movie:

New cast members arrive at the venue to voice the characters that are featured in the film. Yuma Uchida ( Megumi Fushiguro, JUJUTSU KAISEN ) will play Hiiro, while Queen Towa will be played by Riko Fukumoto.

The animation seen in the trailer is visually stunning, and the character designs provided are well done, so the teasers have definitely done their job in raising anticipation for the movie’s release. Art design will be handled by Masahiro Satō and Rémy Boisseuil, while series character designer Ryouma Ebata returns, alongside art director Ayumi Satō, cinematographer Hiroshi Satō, sound director Jin Aketagawa, and animation director Yūichi Tanaka.

Music is the jurisdiction of Hitoshi Fujima, who also worked on Rokka: Brave of the Six Flowers (2016). Information on the film’s theme and insert songs were also released, with it being reported that the song “Make Me Feel Better” performed by MindaRyn will be the Scarlet Link theme song , while the insert songs will be “Jōka” performed by TRUE and “SPARKLES”, performed by STEREO DIVE FOUNDATION. All three artists had songs used in the Slime anime series, and the film maintains a sense of sonic continuity in that regard.

That Time I Got Reincarnated as a Slime Season 3 Release Date:

Shortly after the season two finale aired, news broke that the series would be filmed again. A release date of fall 2022 was selected for the image. This was great news for those who were hoping for a third season, although there’s no official statement from Eight Bit about it.

We won’t know the renewal or release date of Season 3 until next year, as the theatrical film was announced shortly after Season 2 ended.

That Time I Got Reincarnated as a Slime Season 3 Plot:

Rimuru’s ultimate battle with Clayman is featured in the season 2 finale, “Octagram.” Clayman’s awakening granted him new abilities that made him even more deadly.

Despite this, the episode ends with Rimuru emerging victorious from the conflict.

Assuming the next movie is an original storyline and not a sequel, we expect Season 3 to continue after the big fight.

Season 2 concludes with The Octagram Soars Brightly, the final book in the light novel series.

The third season of the anime is expected to begin adapting Volume 7 based on the pacing of the series and the ending of the previous season.

The official synopsis of Volume 7 is here:

“A brave blob in peril! In Lubelius’ Holy Realm, news of Clayman’s defeat at the hands of Rimuru has shocked the nation, especially since his leader of the Imperial Guard, Hinata Sakaguchi, recently led a daring raid on Rimuru. When a priest sent by Rimuru to an urgent meeting of Lubelius’ bigwigs is murdered, things look a lot bleaker than they really are. When Hinata comes to Tempest to settle things, the stakes are high for both parties. One wrong move could herald all-out war!

That Time I Got Reincarnated as a Slime Season 3 Expected Cast:

The only thing that changed between seasons was the director’s chair, but the rest of the set stayed in place. That Time I Got Reincarnated as Slime’s second season saw a new director in Atsushi Nakayama, replacing Yasuhito Kikuchi from season 1.

Initially, the series was animated by 8-Bit and directed by Yasuhito Kikuchi, with Atsushi Nakayama as assistant director.

This season’s voice actors will likely return when the show is renewed for a third season.

That Time I Got Reincarnated as a Slime Season 3 cast for the Japanese dub includes Miho Okasaki as Rimuru, Megumi Toyoguchi as Great Sage, Asuna Tomari as Gobta, Chikahiro Kobayashi as Rangeda, Mao Ichimichi as Shion, and Kanehiro Yamamoto as Chief of Rigurd Goblins.

Some lesser known facts about That Time I Got Reincarnated as a Slime: