That Time I Got Reincarnated As A Slime: 6 Things To Know! 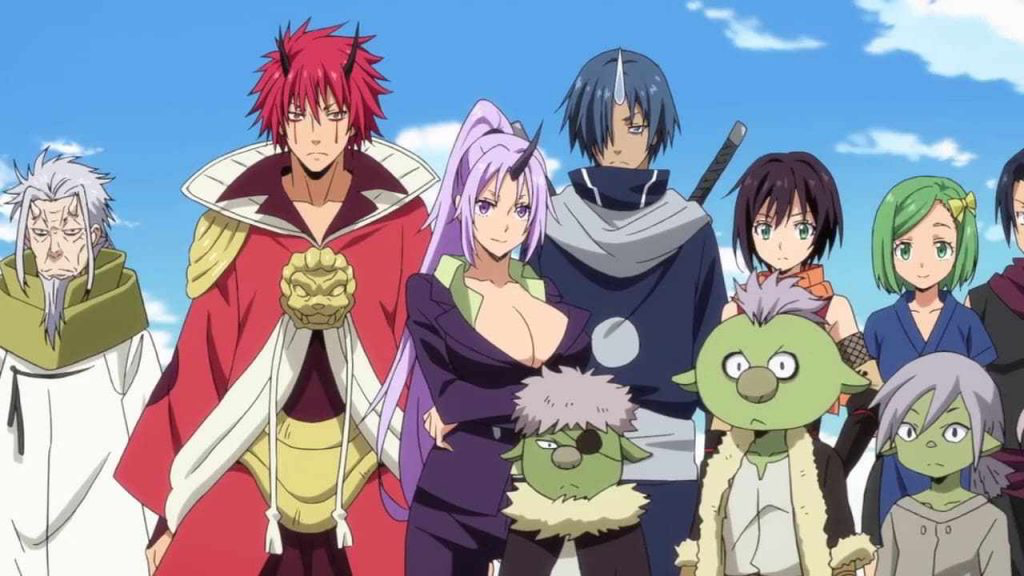 That Time I Got Reincarnated As A Slime is a series of light novels written by Fuse and illustrated by MitzVah. The series tells the story of Satoru Mikami, a 37-year-old salaryman who is killed after being stabbed by a thief and is reincarnated in a world of swords and magic as a Slime with unique powers and gathers allies to build his own nation of monsters. Eighteen volumes have been released to date. It has seven manga adaptations and an anime adaptation produced by the 8-Bit studio was aired between October 2018 and March 2019. A second season was released this spring of 2021.

6 “That Time I Got Reincarnated As A Slime” Facts!

1. The plot was written about a middle aged man becoming a slime.

Satoru Mikami is a regular employee of 37 years living in Tokyo. He is almost content with his monotonous life, despite the fact that he has no girlfriend. During a chance encounter with his colleague, an assailant appears out of nowhere and stabs him. As he succumbs to his injuries, a mysterious voice echoes in his mind and recites a series of orders that he was unable to understand.

After regaining consciousness, Satoru discovers that he has been reincarnated as a Slime in an unknown world. At the same time, he also gains new abilities, particularly the skill called “Predator”, which allows him to devour anything and mimic its appearance and abilities. He runs into Veldora Tempest, a catastrophic level ‘Storm Dragon’, who was sealed for 300 years for reducing a city to ashes. Feeling sorry for him, Satoru befriends the dragon and promises to help him destroy the seal. In return, Veldora grants him the name Rimuru Tempest to grant him divine protection.

With his new powers and wisdom, Rimuru earns the friendship and loyalty of the monsters that inhabit the Great Jura Forest, who accept him as their leader and together they found the Great Jura Tempest nation. As his new nation rapidly grows in strength and influence, Rimuru and his subjects attract the attention of nearby foreign powers, from monarchs and legendary heroes to demon lords, some seeking to become their allies, while others seek to simply prey on them. or destroy them completely for the sake of their plans.

2. Characters on That Time I Got Reincarnated As A Slime

The main character of the series, was once a human being known as Satoru Mikami, a 37-year-old wage earner who died after being stabbed during a robbery. Waking up in another world reincarnated as a slime, he is considered one of the weakest monsters. Despite this, he has different special and unique abilities. Later he met the “Storm Dragon” Veldora, who gave him the name Rimuru and became friends with him.

The youngest of the four strongest dragons, considered a catastrophic monster before being sealed by a heroine centuries ago. He is the first to meet Satoru Mikami after he died and reincarnated into slime, he is also the one who named him Rimuru, and Rimuru gave him the surname Tempest.

Nicknamed Shizu, she is a human from Japan, invoked in this world by the demon lord Leon Cromwell during the bombing of Tokyo. She and Rimuru met for a short time and developed a great bond with each other after discovering themselves as fellow travelers from Japan. After being absorbed by Rimuru, she takes on a human form similar to that of a younger Shizu, albeit with blue hair and golden eyes.

Rigurdo is the head of a goblin village, one of the first tribes Rimuru met and saved. After being saved and appointed by Rimuru, he swore the allegiance of the entire village, becoming his first subordinate. As the goblin king, Rimuru entrusts him with the government of the country and its internal affairs, to which he diligently surrenders.

A hobgoblin follower of Rimuru. He is the only one of Rimuru’s followers who has the right to “chat casually” with him.

Ranga is a fenrir and a loyal follower of Rimuru. He is the leader of the “Star Wolves” clan, and the son of the previous chief. He retains many of the characteristics of dogs, such as loyalty, wagging his tail when happy, being protective, and always wanting to please his master Rimuru. His entire clan became Tempest Wolf, for the pack shared a name.

He is an oni with red hair and a pair of black horns, a faithful follower of Rimuru. He is the commander-in-chief of Tempest and one of his strongest subordinates. He uses a tachi as his main weapon.

He is a dark-skinned oni with dark blue hair, blue eyes and a white horn, a faithful follower of Rimuru. He excels at espionage and information gathering. Use two ninjatō as primary weapons.

She is an oni with purple hair, a pale complexion, and a dark, straight horn. She is also a faithful follower of Rimuru and serves as a personal secretary and guard, despite being clumsy, very bad at cooking, and quite dumb. She is also quite impulsive and is often held back by her peers due to her frequent tantrums. She uses a huge ōdachi as her main weapon.

She is an oni princess, Benimaru’s sister, with long pink hair, white skin, purple eyes and two white horns on her forehead. She is one of Rimuru’s most loyal servants, in charge of the Tempest Production Department. Due to Rimuru’s kindness, she falls in love with him.

He is an oni with short black hair and two small horns on his forehead. Another of Rimuru’s servants. They respect each other as Kurobe is loyal and grateful to his lord, while Rimuru appreciates his blacksmith skills. The two often converse to craft new weapons for Tempest based on Rimuru’s ideas.

He is an oni and the oldest of the six surviving ogres, he has long white hair, a long beard and two small horns. A faithful follower of Rimuru, he serves as a commander. In general he is a wise and calm old man, with a carefree demeanor, who earns great respect from his fellow students. Rimuru learns and improves her sword techniques from him. He uses a katana as his main weapon.

Fuse originally published the series as a web novel on the user-generated content site Shōsetsuka ni Narō between February 20, 2013, and January 1, 2016.

The series was acquired for print publication by Micro Magazine, which published the first light novel, with illustrations by Mitz Vah, under its GC Novels imprint in May 2014.

A manga adaptation with art by Taiki Kawakami has been serialized in the magazine Kodansha’s Monthly Shōnen Sirius since 2015 and has been collected into seventeen tankōbon volumes.

A second manga series titled Tensei Shitara Slime Datta Ken: Mamono no Arukikata, with Shō Okagiri’s art, has been serialized online since 2016 via Micro Magazine’s Comic Ride website. It has been compiled into six tankōbon volumes.

An anime adaptation produced by 8-Bit premiered on October 2, 2018.5

The series is directed by Yasuhito Kikuchi, with Atsushi Nakayama as assistant director, Kazuyuki Fudeyasu handling the composition, Ryouma Ebata designing the characters and Takahiro Kishida providing the monster designs.

The series is simulcast on Crunchyroll and Funimation. The second season was announced,  and was scheduled to premiere in October 2020, but was delayed until January 12, 2021 due to COVID-19.

The second season is a split-cour anime and the second half was scheduled to air in April 2021, but has been postponed until July 2021.

8-Bit will continue to animate the series, with staff and members of the cast reprising their roles.

The light novel series has more than 4.5 million volumes in print.