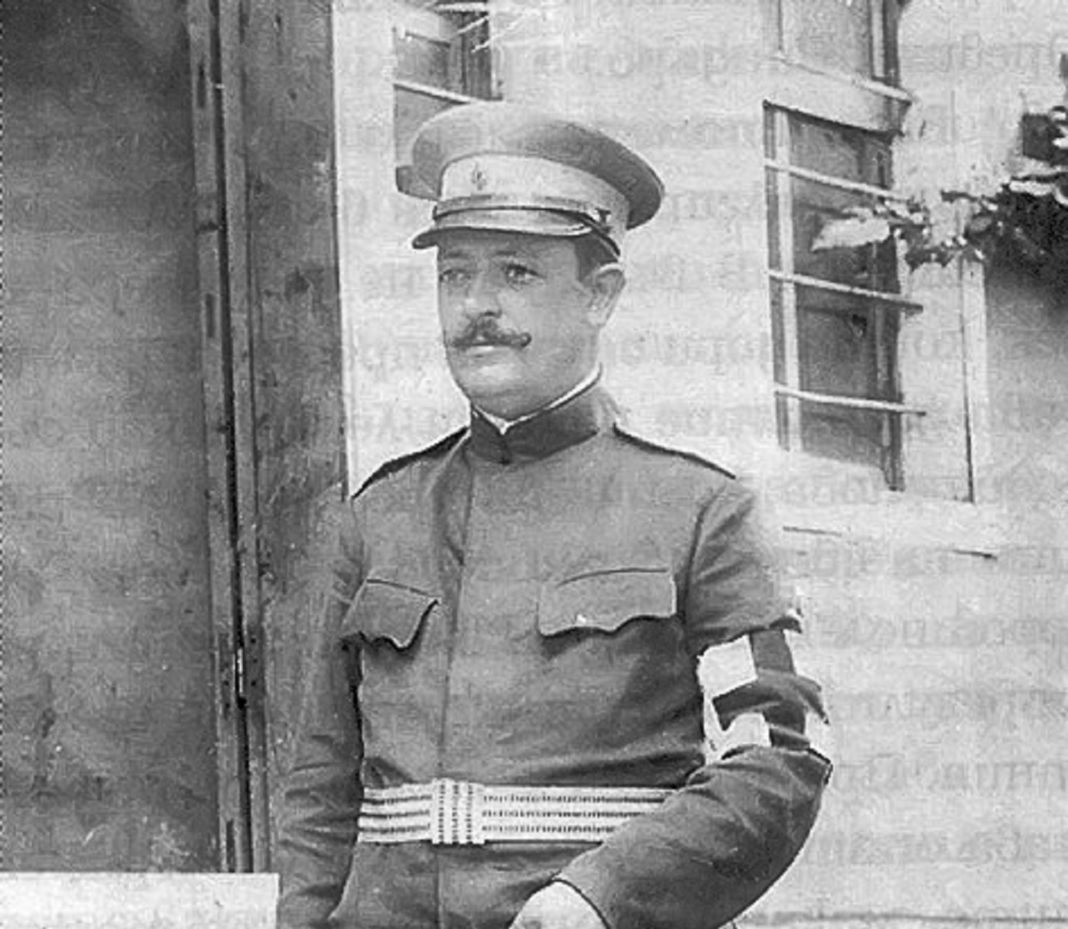 Stamen Grigorov who was born as Stamen Gigov Grigorov was a Bulgarian microbiologist and doctor. He was the first scientist to describe the bacterium Lactobacillus which causes the formation of yogurt. Notably, the doctor was also a crucial part of the development of the world’s first tuberculosis vaccine.

Stamen Grigorov: From Lactobacillus To TB Vaccinations, 10 Facts About His Life!

Stamen Grigorov was born in the village of Studen Izvor, Transko in 1878. He graduated from high school in Sofia. Followed by further studies in “Natural Sciences” in Montpellier.

He was the son of illiterate peasants, who managed to send him to study abroad. He was passionate about science and stayed in France to continue his studies. He enrolled at the Faculty of Natural Sciences in the French city of Montpellier. Then he studied medicine in Geneva.

2. Stamen Grigorov had a PhD:

Stamen Grigorov holds a doctorate in medicine from the University of Geneva. His dissertation (which  was awarded a special prize by the university) is on “Contribution to the pathogenesis of appendicitis”.

He then worked at the University of Geneva as an assistant to Prof. Leon Masol, a professor of Bacteriology. He appreciates the education of the young Bulgarian and guides him in his scientific activities, providing him with access to modern laboratories in which to study yogurt sent by his wife Darinka from Bulgaria.

3. The discovery of the microorganism was thanks to his wife:

The story goes that this man’s wife gave him a series of Bulgarian products, including yogurt.

One day of family celebration, Grigorov’s wife gave him some Bulgarian culinary products, including yogurt. From then on, intrigued by the reputed health benefits of yogurt, Stamen Grigorov decided to grab a microscope and quickly inspect it.

The benefits of this product caught the attention of Grigorov, who dedicated himself to researching the yogurt bacteria, which was called “Lactobacillus bulgaricus” in reference to his nationality.

Stamen Grigorov married at age 26 in Bulgaria, and after their wedding in 1904, he returned to university to work as a research assistant to bacteriologist Leon Massol at the University of Geneva.

After a short vacation in Bulgaria, his wife gave him some Bulgarian culinary products, including yogurt. Intrigued by the purported health benefits of yogurt, he decided to inspect it under a microscope.

Grigorov set out to investigate the original variety of Bulgarian yogurt, which can only be produced in Bulgaria and in some neighboring countries on the Balkan Peninsula. Subsequent scientific studies showed that the specific bacteria and temperature ranges necessary to produce yogurt naturally occur in this area.

In 1905, following several experiments, Stamen finally spotted what he was looking for: the rod-shaped microorganism that caused yogurt to ferment. The bacterium was later renamed Lactobacillus bulgaricus in honor of Grigorov’s country of origin.

The publication in the prestigious Swiss medical journal “Revue Medical de la Suis Romand” deservedly arouses the interest of the entire world’s scientific elite. Dr. Stamen Grigorov reports his results at the Pasteur Institute of Microbiology in Paris. The management of the institute instructed the Russian scientist Ilya Mechnikov – future winner of the Nobel Prize in Physiology or Medicine, to confirm the reported data. Mechnikov confirms the results of Dr. Grigorov and based on them builds his theory of aging.

The scientist published a scientific paper on his discovery and two years later presented a report on Bulgarian yogurt at the Pasteur Institute in Paris.

What’s more, his hometown is the only one in the world that has a yogurt museum where its process, benefits and more are explained.

5. He left Geneva to go back home:

Following his discovery,Grigorov was honored with a number of prestigious positions – director of the Pasteur Institute in Sao Paulo, professor at the University of Geneva, and others. He refused and at the end of 1905 returned to his homeland.

That same year, Grigorov took over as chief physician or district doctor and manager at a local hospital in the Bulgarian city of Trun – today it bears his name.

Upon his return, he began research to develop a TB vaccine.

A year later he published a groundbreaking document demonstrating the first use of penicillin mushrooms against tuberculosis.  Through his scientific experiments, first in the laboratory and later in patients, Grigorov demonstrated the curative effect of those elements in infectious diseases.

His article on the subject was published on December 29, 1906 in the Parisian magazine Press Medical.

6. During the Balkan War, he was a military doctor:

During the Balkan War, he went to the war front and Stamen was a military doctor. At the end of the war, he was demobilized and returned to his previous job in Trun. During the Inter-Allied War, his brother Hristo was wounded in the battle of Kalimansko Pole. Despite Stamen’s efforts, his brother died of his wounds at the age of 32.

In the absence of adequate medications and somewhat ahead of the English microbiologist, Alexander Fleming, discoverer of penicillin, managed to alleviate the condition of his patients, even curing some of them, by feeding them moldy bread covered with penicillin fungus.

During the First World War, Dr. Grigorov was once again a military doctor at the front. In Petrich, he was documented fighting the cholera epidemic. He was awarded the Order of Bravery and the Red Cross Gold Medal.

7. From 1906, his interest in the TB vaccine continued till his death:

As we mentioned above, his research while developing the TB vaccine was published on December 29, 1906 in the Parisian magazine Press Medical.

Between the period 1922 – 1924 he tested his tuberculosis vaccine in the clinic of Prof. Parashkev Stoyanov (Alexandrovska Hospital, Sofia). He then worked in Tarnovo, Gorna Oryahovitsa, Provadia and Varna.

He died on October 27, 1945 in Sofia. Today in the center of the village of Studen Izvor in a restored house is established a Museum of yogurt. The native house of Dr. Stamen Grigorov is located at the beginning of the village near the museum.

9. In 2020, Google honored the bacteria of yogurt with a doodle:

Scientist Stamen Grigorov was honored in 2020 thanks to a google doodle with the animation of the doctor and microbiologist.

There was a drawing of the Bulgarian who celebrates his birthday and highlights one of his great achievements.

The scientist continued to be recognized worldwide for discovering the fermentation process that results in yogurt, a nutritious food that is consumed to this day. Many also don’t know that he also contributed to the development of the first vaccine against tuberculosis.

His passion for science led him to study Natural Sciences in the city of Montpellier, in France, and then Medicine in Geneva, in Switzerland.

With the outbreak of the First World War, Grigorov went to the front where he treated thousands of soldiers and civilians wounded or sick with cholera. He was awarded a Cross of Courage and the Golden Red Cross.

His hometown of Studen Izvor today houses him thanks to his desire to investigate the fermentation process of Bulgarian yogurt and later to isolate the bacteria that produced it.

Stamen Grigorov was after all trying to research something we eat coming from more than 4,000 years of history, but the knowledge of the fermentation process that results in the natural liquid is barely a century old.

In recognition of their finding, the scientific community named the strain Lactobacillus bulgaricus. This discovery was made in the microbiological laboratory of Professor Léon Massol in Geneva.

The Bulgarian bacterium, affirmed the scientist Mechnikov, retains the development of pathogenic bacteria, thus delaying the aging process of the organism.

A special place for the dissemination of the fame of this Bulgarian product is held by the Russian biologist, Ilia Mechnikov. According to his theory, published in 1908, the main cause of aging in human beings is the accumulation of toxic substances in the body and the effect of bacteria in the colon.

In conclusion, 143 years after the birth of the doctor and physician, awarded a Cross of Courage and the Golden Red Cross, he will be remembered for his great scientific contribution.