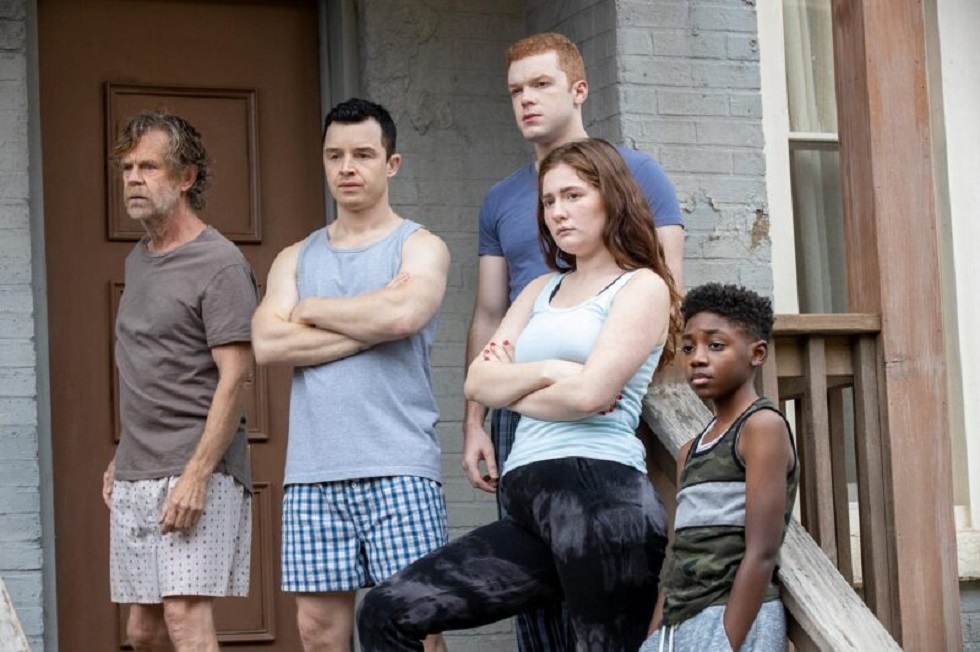 Shameless season 11 which aired in December 2020 was considered the last season of the American show. Fans of the TV show definitely had a sad week as they had to say goodbye to their favorite show of all time on April 11, 2021. Showtime announced that the final episode was from Season 11. Despite leaving the viewers in tears, each of them, though discouraged by the ending, was equally happy with the show’s success throughout each season and remained consistent with entertainment as the sole focus. With such success in mind, will there be a Shameless Season 12?

Shameless Season 12 Ended, But A Spin-Off Might Be On The Horizon!

What is the story of Shameless?

The series portrays the principal, Frank Gallagher, a neglectful single father of six children, Fiona, Phillip, Ian, Carl, Debbie, and Liam, as a sad and economically unstable family. His children learn to take care of themselves while he spends his days drunk or in possession of mishaps. The show’s creators wanted to set it apart from earlier American working-class dramas by focusing on Frank’s alcoholism as well as drug addiction issues and its impact on his own family.

The show is set in Chicago’s South End and is filmed throughout the region, with the majority of interior scenes shot in Los Angeles. Shameless became Showtime’s longest-running original scripted series with its ninth season while the eleventh and final season was released on April 11, 2021, on Showtime for the final time.

Is there a Shameless Season 12 spin-off?

The 11th season of Shameless ended with the final episode of the season and the series produced by Showtime will continue.

Instead of Shameless season 12, the producers announced a six-episode limited series called Shameless Hall of Shame.

Aired sometime in the future, the final season of the much-loved show will feature a look at what happened in the preceding seasons.

According to online sources, it will contain new and original Shameless scenes with a retrospective journey based on its colorful characters to tie the series up in the most perfect ending.

HOWEVER, not much was in the pipeline as of now according to showrunner, Wells, who told The Hollywood Reporter:

“I haven’t been big on reviving any of the shows or continuing shows. They have a natural ending, I don’t want to talk ill of anybody else’s attempts to bring something back but there is something about the first time they are on that’s kind of magical. It was a show that people loved and you run the risk of undermining that. We are really proud of what we’ve been able to do with Shameless and the stories we’ve been able to tell and frankly that Showtime allowed us to tell. So, never say never but we haven’t had any conversations about it”.

Why did Shameless end after season 11?

There had to be consequences. After 11 seasons and 134 episodes, Showtime’s Shameless ended its run with a series finale that was directly impacted by the global coronavirus pandemic. The latest episode of the series saw the return of several departed characters, mostly Gallagher children.

All we can do is wait and hope and wait that Season 12 will air as a spin-off soon.

Yes, as of April 11, 2021, the hit Showtime drama series Shameless came to an end after 11 seasons. During the finale, the Gallagher family patriarch (William H. Macy) died of COVID-19.

Shameless, the popular American show is a mix of comedy-drama genre family television series developed by John Wells. The first season of Shameless premiered on January 9, 2011, on Showtime.

Launched in January 2011, Shameless is the longest-running scripted original in Showtime history. Yet another in a long string of setbacks for Ray Donovan. Sadly, the series ended in April 2021, but hopefully, the show-runners make a spin-off for Shameless season 12 called “Shameless Hall of Shame”.

That being said, it’s highly unlikely that we’ll see a Shameless spin-off in any form. That’s because showrunner John Wells flipped his opinion on the spinoff during an interview after the series was announced to end. Speaking to The Hollywood Reporter, John Wells talks about the fallout. I’ve never been a big fan of spin-offs.

Other FAQs about the show’s characters:

Why did Fiona Gallagher leave Shameless?

The series, as beloved as it was during its run, will certainly be considered impossible to conclude without Fiona. But Fiona did not return for the final season of Shameless. Fiona Gallagher, the family’s older sister and guardian, left the show in the season 9 finale.

When Rossum announced that season 9 of Shameless would be her last, the actress revealed that it was time for her to move on to other projects. “ The opportunity to play Fiona was a gift.

What happens to Lip in Shameless?

At the end of Shameless, Lip decided to sell the Gallagher house for just $75,000 – a far cry from the $250,000 he was offered by a developer before pushing too hard and losing that deal. He is still stuck on the poverty line, working as a food delivery boy to support his girlfriend Tami and their son Freddie.

Is Fiona Gallagher coming back?

As Shameless fans are well aware, Emmy Rossum took time off from the Showtime drama in March 2019 for the season 9 finale, with Fiona scraping together some cash and taking a plane away from the rest of the Gallagher clan, never to return.

Is Sheila coming back?

Joan Cusack’s Sheila is a real Shameless fan favorite.  After leaving the show at the end of Season 5, Greenwell has already made a return to Shameless via a heartbreaking appearance in Season 6 that left his own fate hanging in the balance.

Did Fiona Gallagher get pregnant?

Although she is still married to Gus, Fiona has started a sexual relationship with Sean. When Fiona unexpectedly finds out she’s pregnant (and doesn’t know who the father is), she ultimately decides to have an abortion.

Who died in the Shameless series finale?

What really portrayed the end of the series was Frank’s death. A connection to the current situation – COVID was established with the end of Frank. Frank’s current season has been very difficult and a number of tragic incidents have happened in his life leading people to conclude that he is dying. Frank, in the previous episode, was noticed taking an overdose which led fans to presume his death. It was actually not the case. He left his house for the church, where the priest found him unconscious on the ground. A photo of Frank from the series finale – Shameless After his hospitalization, it was revealed that Frank had been diagnosed with COVID. He talks about each member of his family on his hospital bed, or we must say deathbed. Before collapsing on the ground, he wrote a letter to his family.

What happens to Bianca in Shameless?

Bianca is experiencing progressive cancer. The next morning, Bianca enters the ocean, never to be seen again. She leaves a farewell note for Frank while thanking him for his care. She also leaves another goodbye letter for Frank to give to his family.

Will Fiona ever get custody?

Fiona is not Carl Gallagher’s mother, although she raised them for most of the series. When Shameless season 1 started in 2011, Carl was nine and Fiona was 21.

There’s also a scene in Shameless between Monica and Frank (William H. Macy) that confirms that Carl is their child.

Why did Carl and Dominique separate?

After learning that she has gonorrhea, Dominique’s father goes after Carl.…they talk later and she apologizes for how their relationship went wrong, he considered getting back together with her but they remain separated when Carl is shown by his father how bad she is always with someone again.

How does Frank get a liver?

Sheila and Sammi think Frank is having an illegal liver transplant, but in reality, his kidney was stolen. Frank and Sheila marry, but it is mentioned that he and Monica never divorced, making the marriage non-binding. Due to Frank’s medical condition, he was moved up the donor list and given a new liver.

Is Frank dying in Shameless?

While it’s never easy to say goodbye, Frank’s death proved what we already knew: his nine cat lives were over. His party lifestyle had caught up with him and his dementia diagnosis earlier this season was a telltale sign of his impending doom.

The finale begins with Frank overdosing, caused in the last episode, and he is then taken to the hospital where it is revealed that he has Covid-19.