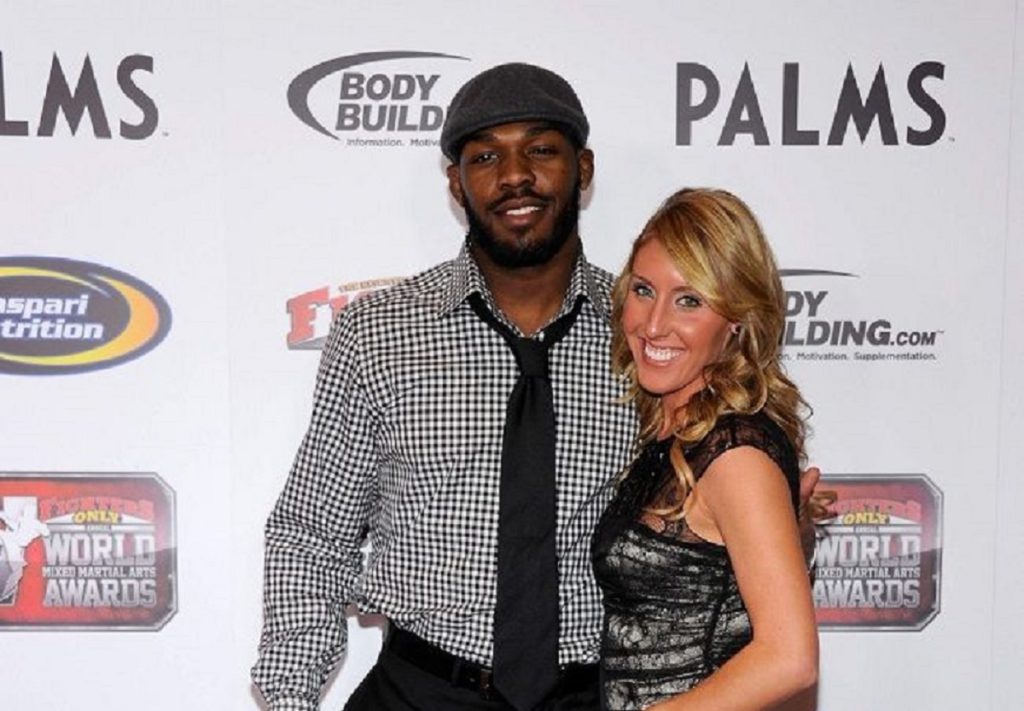 Jon Bones Jones is a UFC Lightweight superstar who has been with his partner (now wife) Jessie Moses for several years now. The UFC superstar, who is also the youngest champion in UFC history, got engaged to longtime girlfriend Jessie Moses in 2013 and started referring to her as his fiancee and wife at the same time. The happy couple has three beautiful children and the UFC superstar is very happy sharing his life with Jessie Moses. Here’s what Jon Jones said about his relationship with Jessie Moses: “We’re happy, man. We’re happy. We’re functional. We make a great team. She’s a phenomenal mother, caretaker. I’m a phenomenal provider, father. Team Jones.” In this post, we will take a look at some fun facts about Jessie Moses. Let’s get started.

1. Jon Jones Proposed to Jessie Moses on Easter in 2013

After many years of dating, John Bones Jones proposed to Jessie Moses in 2013 during Easter. He went on to share pictures of their engagement via his Twitter account. An official wedding date was never announced and there is no concrete information on whether she is legally his wife or not. However, he always refers to her as his wife and fiancee during interviews. Jones trains in Albuquerque, New Mexico while Jessie Moses and his three daughters are based out of Ithaca, New York.

The middle daughter Carmen is named after Jon’s sister, who passed away because of brain cancer.

Since Jon Jones trains far away from his daughters who live in Ithaca, he talked about missing them. He said: “With the girls being such a young age, not seeing them for even two weeks I miss out on a lot. They change so much in that short amount of time. We Skype every day. I make funny videos for them to see daddy.”

Jon Jones and Jessie Moses have been in a relationship for a long time. They started dating when they were at Endicott High School, near Binghamton, New York.

After finishing school, Jones went on to attend Iowa Central Community College. The couple continued dating despite of that and Jessie Moses became pregnant with their first child around that time.

Jon Jones started his MMA career in April 2008, just a few months before Jessie Moses was about to give birth. One of the biggest reasons why Jon Jones started his MMA career was because the couple didn’t have enough money. He had won four fights by the time his first daughter was born. This is what Jones said in 2017: “I needed to pay the bills. I thought it was really important to have something prepared when these kids came out.” Jon Jones and Jessie Moses lived in the basement of Moses’ mother. Jon Jones worked as a bouncer while he was working towards fulfilling his MMA dreams. Jones said:“I was 19 years old. I went from being a guy with all these wrestling dreams to feeling like a complete waste of life. I had these two brothers who were still in college and who were starting to be whispered about being NFL players, and there I was, back in my hometown, working at the local bar, a dropout with one baby and one more on the way, running into all the kids who were still in college. I felt like even my parents didn’t believe in me at that point. I felt like no one believed in me but Jessie and her mom. I had to prove them right. I had to.”

Jessie Moses’ mother, Sheila Ryan has been credited by Jon Jones for a lot of his UFC success. Jones said:

“She was the first person that really taught me how to believe more and be confident and focus on your mind and your thoughts, positivity, goal-setting and things like that. She really taught me things about meditation and visualization and thinking great and thinking big. My life was changed. I went from this kid who had all these insecurities to this kid who really thought he was gonna be great some day.

This sport can turn you into somewhat of a celebrity. Leaving my parents’ home and going into this sport, could really confuse a young fighter. But being with Jessie it keeps things in check for me. It doesn’t get to my head, and I live the life of an older man. It keeps me in the house and grounded. Jessie is definitely a huge percentage of my success.”

Jessie Moses graduated from Broome Community College in Binghamton, New York in 2009. Jessie Moses hasn’t acted like a flamboyant superstar wife during Jon Jones’ rise to stardom. She has maintained a low profile and concentrated her efforts on raising her kids. However, Jon Jones keeps bringing her up from time to time and keeps giving her credit for his success as well.

6. Jon Jones and Jessie Moses Don’t Sleep With Each Other Before his Fights

Prior to UFC 197, Jon Jones said that he doesn’t sleep with his wife Jessie Moses for a month before his fights. It has something to do with him retaining focus before his fight and channelizing all of his energy towards the fight.

Jon Jones also got into an Instagram scuffle with his longtime rival Daniel Cormier. Hilariously, the fight involved a discussion about their wives’ backsides. Jon Jones said this to Cormier, “I could slap your wife on the ass and you could literally do nothing about it. You’re my bitch D.C. that will never change.” Cromier responded by saying this: “You couldn’t do sh*t you steroid abusing junkie! I swear I would never touch your wife’s flat ass lol.”

Jon Jones went on to respond via TMZ Sports and said that he loved Jessie Moses’ “flat ass”. Here’s what he said: “He said my wife got a flat ass? She DOES have a flat ass … but I love it! Oh, I love it. It’s nice. It’s good. I love my wife’s flat ass!”