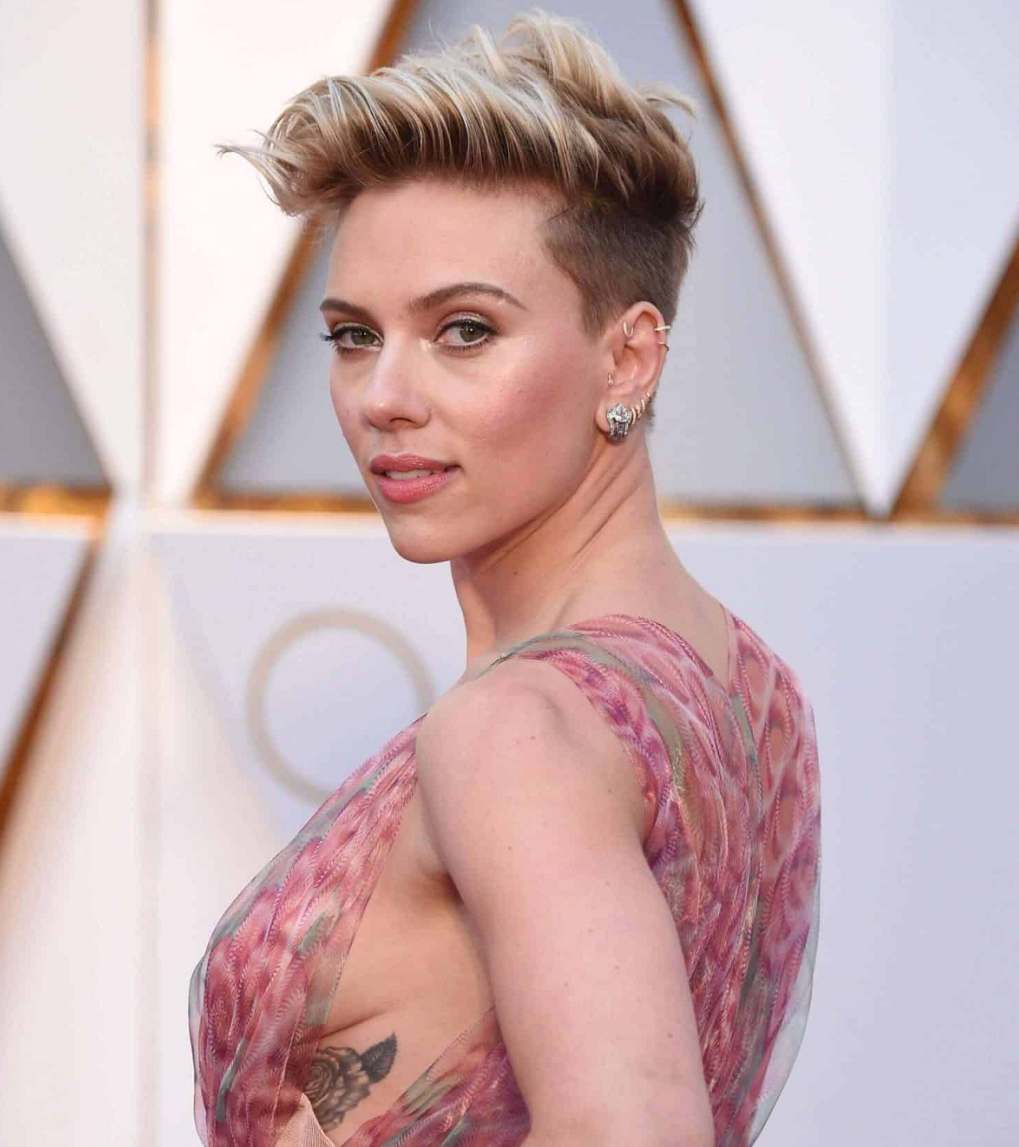 All of the 8 Scarlett Johansson tattoos reflect her attitude towards her daughter, the world, her optimistic mood, and her playfulness. As one of the most beautiful actresses in the Hollywood film industry, something that has always distinguished her, has been her great style and sense of fashion, surprising people on the red carpet – with some interesting tattoos on her body.

The actress, born in New York, on November 22, 1984, [Sagittarius], began her acting career in the 90s and kept one of her earliest tattoos – the horseshoe – hidden from visible areas during the 2000s. As time went on the leading actress of Marvel’s Avengers displayed her tattoos with great pride, which has attracted the attention of many, asking what they mean?

There are around eight tattoos that Johansson has captured on her skin forever. Scarlett Johansson not only has a rose tattoo under her left breast, which has been difficult to find, but on her back, she has a design with several flowers that is undoubtedly one of her best-known designs, as well as one of the more beautiful. It was during the 2018 Met Gala when she wore it for the first time and since that time it has become one of the favorites of her followers. Being also one of the most criticized by part of the public, since on more than one occasion they have referred to the subject, although it is something to which she has not paid so much attention.

On the left forearm, the actress has a visible tattoo, a circular design and a full-color representation of the sun rising over the sea of sunrise in different colors such as blue, orange and yellow.

Using a rudimentary approach that avoids contours in favor of an approach more like watercolor paintings, the actress likes the vibrant, simple, and soft colors that lift her spirits and give her a sense of optimism.

Along the right side of her back, Scarlett has a large tattoo made up of roses and a small lamb- coloured with soft black and gray shading.

This is the largest and most elaborate piece, created and inked by her favorite artist, Josh Lord, Scarlett has never spoken openly about the meaning behind this great piece, although many speculate that it is dedicated to her daughter, Rose Dorothy Dauriac.

On the right side of the actress’s ribs, a horseshoe surrounded by the words Lucky You can be seen. Around the world, in many cultures, people believe that the horseshoe is a sign of good luck. Scarlett got the tattoo from French tattoo artist and graffiti artist Fuzi Uvtpk.

This Scarlett Johansson tattoo undoubtedly reminds her constantly how lucky she has been in different areas, not only in the professional, but personally.

On her right wrist, she has a bracelet of what some believe to be Thor’s hammer hanging from the bracelet. If you look closely, the tattoos that adorn Scarlett’s body is the bracelet, a small design with charms on her right wrist that represents an accessory with the popular word “I [heart] New York”, the actress’s city of birth, which represents her love for her hometown.

As expected, the actress had to mark her body with a reference to the successful films in which she has participated from Marvel Studios, so she gave the initiative to tattoo her body, along with that of her companions, with a matching design. that honors The Avengers.

In May 2018, the Avengers cast (aside from Mark Ruffalo) went to East Side Ink owner Josh Lord to tattoo this logo. When Lord was interviewed by Revolver Magazine about the design, he said: “There is a symbol for everyone in the movie hidden there”.

Nowadays it looks like she just forgot to shave her armpit, but it’s just a humble tattoo.

6. Interlocking circles with a mysterious A tattoo:

One of its smallest pieces, a small double circle symbol with the letter “A” in the first circle. Applied with simple black ink, this ancient symbol has deep meaning, both in mathematics and in the mystical discipline of Sacred Geometry.

Although its meaning is unknown, it is believed that it could refer to one of her brothers named Adrián.

Some conjectures suggest that “A” may be an ex-partner or the initials of some other significant person.

About to land on her right ribs, Scarlett has a tattoo of an owl. This is one of her most mysterious hidden places that Scarlett exposed over a variety of red carpets which is funny because there the bird portrays wisdom. The owl also symbolizes being a protector and a guardian. Many other celebrities have also tattooed the bird, including Justin Bieber and Drake.

Scarlett has a rose tattoo just below her left breast. Roses generally represent life itself, with all the good and bad. Scarlett decided to include the leaves of the rose in her design. Another reason for this tattoo could include her daughter, whose name is Rose Dorothy Dauriac, which may be why this ink got so close to the heart.

In conclusion, as you can see, using a variety of approaches in several different styles, Scarlett’s tattoos demonstrate her vivacious personality, sportsmanship, spontaneity, and eclectic tastes.

Lady Gaga is one of the most unique and eccentric entertainers of all time. She is very well known for her outrageous outfits and...
Read more
Entertainment

The popular anime " Demon Slayer: Kimetsu No Yaiba " had a successful sequel in theaters in Japan last year and has once again...
Read more