Samantha Logan: Life, Career, and Trivia of the 13 Reasons Why Actress 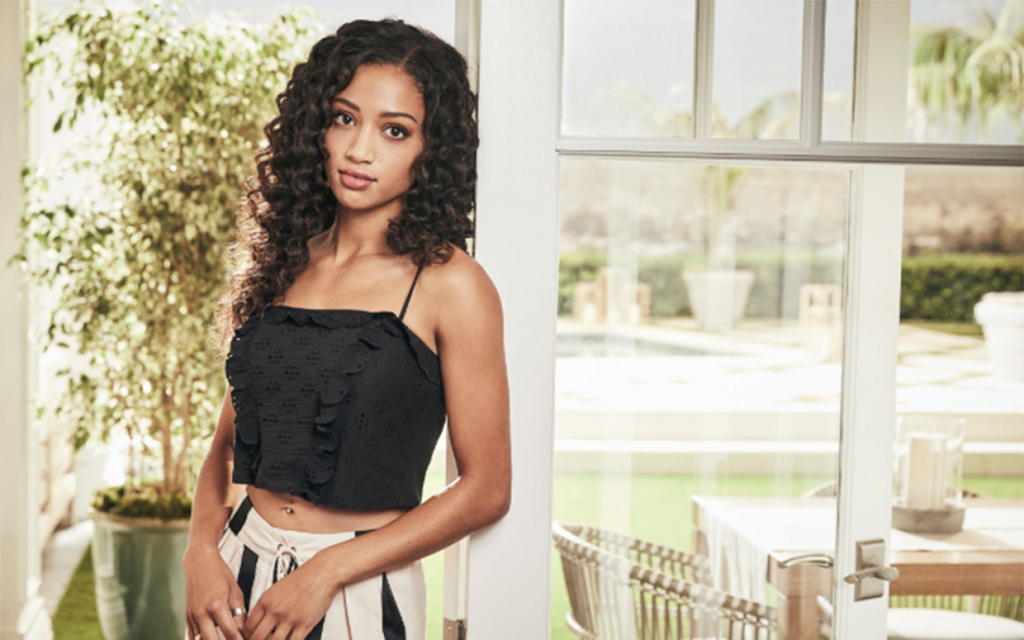 Samantha Jade Logan is an up and coming American actress and activist for many charitable organisations. She is famous for her portrayal of Nina Jones on the popular Netflix show 13 Reasons Why. From a very young age, she was adept at acting, singing and dancing, resulting in a lot of roles in commercials, live vocals and theatre performances. Let’s find out more about this incredibly talented human being.

Samantha Logan: All You Need to Know

When was Samatha Logan born?

Samantha Logan was born on October 27th, 1996 in Boston but moved to New York at the age of 10. She is of Irish, Trinidadian and American descent.

What are Samantha Logan’s favourite and least favourite things about being in the spotlight?

Here’s what she said: “I’m a very shy and private person, so I don’t enjoy being in the spotlight but at the same time it helps me connect with my supporters and it provides a platform to be of greater service, taking the spotlight off of me and shining it on other important issues.”

How does Samantha Logan manage acting, dancing and singing?

Here’s what she said: “I started off as a dancer and that led me to acting. When I started training professionally I became a musical theatre major, which then led me to singing. Now being me, I don’t balance things very well, so I focus on pursuing acting full-time, but I still dance and sing recreationally.”

What does Samantha Logan feel most proud of?

Here’s what she said: “For me it’s more a matter of what I’m most grateful for, and that’s A LOT of things: the training I’ve received (shout-out to Anthony Abeson aka A$); the people I’ve been able to work with; my mom who has supported me in pursuing my dream, and of course all the opportunities I’ve been afforded. This business can be really hard and the one thing that I am most proud of is how I can pick myself back up, trust that the universe is always looking out for me and keep fighting.”

What does Samantha Logan love most about her character of Nina from 13 Reasons Why?

Here’s what she said: “I only ever felt love while playing Nina. However, it was a very heavy role and it definitely took its toll on me. It helped me become aware of what sexual assault victims go through and my hope is that, by seeing Nina on screen, it has helped them know their worth, that they’re not alone and that there’s help for them.”

Here’s what she said: “I was raised to give back and have carried that with me my whole life. I still love to volunteer in ways I know I can be impactful, because every little bit counts. Whether it’s handing out sandwiches in my neighbourhood or travelling overseas to help teach, I get so much joy and hopefully I help make a difference. After all, we only have each other in this world, so be kind and don’t forget to show love.”

Does Samantha Logan feel that she is responsible for bringing change?

Here’s what she said: “Be the change that you want to see in the world.” I want my future generations to understand that they are empowered to make change. Whether it’s in gun control, women’s rights, future leaders, or even in local communities. Help in whatever way you can!”

What does Samantha Logan think about the role of media and entertainment in addressing issues such as bullying, gun violence, or sexual abuse?

Here’s what she said: I think media and entertainment both have an opportunity and huge responsibility to bring these issues to light. There’s still work to be done, but these industries have made significant progress over the years reflecting the cultural and societal issues, and we need more of that today than ever!

How did Samantha Logan engage with the themes of 13 Reasons Why?

Here’s what she said: “I felt this responsibility to ensure that my portrayal of her was accurate. I did my research and learned about rape culture, especially in the black community where these crimes go under-reported because the victims are often not believed or don’t trust the system. I wanted to make sure that I always knew where Nina was coming from and that her voice was heard loud and clear.”

How does Samantha Logan feel about the rise of women in performing arts?

Here’s what she said: “GIRL POWER! I’m so excited to see so many women now in producing, directing, writing, leading roles and so on. This is how the playing field will be levelled. I’m lucky to benefit from the women who came before me and who continue to fight for equality. Now, it’s time for some more diversity too.”

Here’s what she said: “Growing up from a young age I was so in love with movies and entertainment. I would put together little skits in my playroom and steal my mom’s camcorder to make little movies or cut scenes with my friends for fun. It makes me smile because, honestly, those were some of the best times. I just purely LOVED creating; so much, that it distracted me from my actual studies. But it led me to where I am today and hopefully I’ll get the opportunity sometime soon to get behind the camera again. I trust that it’ll happen when it’s supposed to.”

Here’s what she said: “Yes! The show is inspired by the life of NFL player Spencer Paysinger, who was a rising football star from Crenshaw recruited to play for Beverly Hills High. I play Olivia Baker, Spencer’s first friend at his new school. She’s a very complex girl trying to find her way back after spending time in rehab for substance abuse. This show is so important, because it tackles hard subjects that should be brought to light (sexuality, race, socio-economic status, etc). I’m still reeling over this whole experience. I’m so proud of this project, what it stands for and everyone who is involved. I can’t wait for everyone to see it!”

Which charities is Samantha Logan involved with?

Samantha Logan values giving back to the society and is consequently involved with numerous charitable organizations such as  The Elizabeth Glazer Pediatric Aids Foundation, and Girls Up. She is also aspiring to study at the New York University (NYU) or the University of California Los Angeles (UCLA).