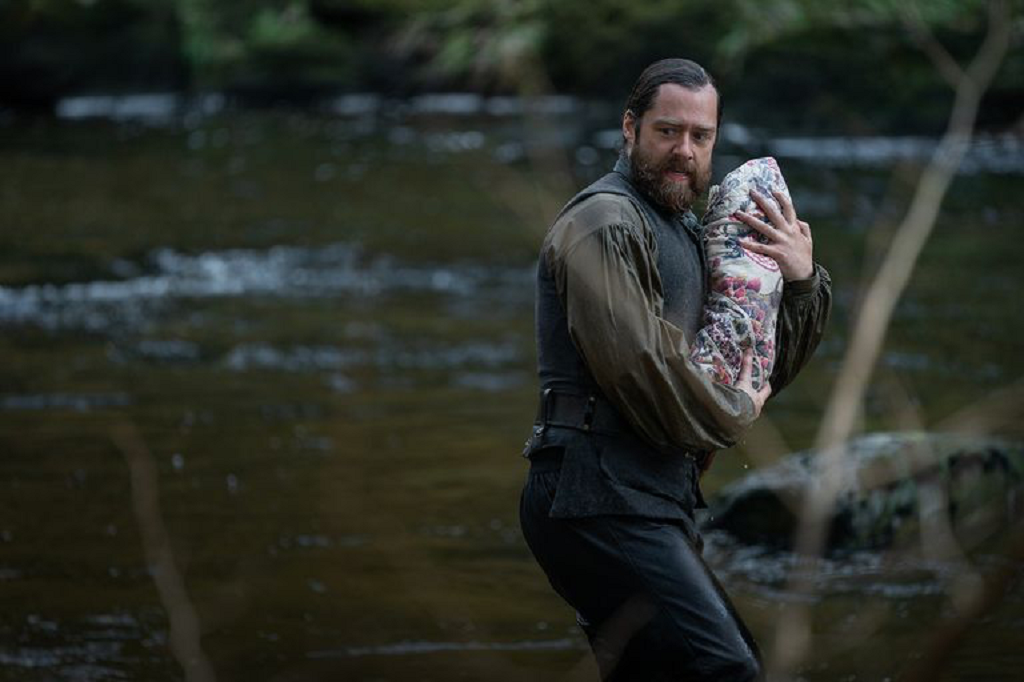 Outlander launched in the USA on August 9, 2014, on the US pay-TV broadcaster Starz. The fourth season was broadcast in November 2018 and the fifth ended in 2019. Two more seasons have been commissioned and Outlander Season 6 is most definitely on its way! A seventh season was commissioned in March 2021.

In June 2020 it was announced that filming for the Outlander season 6 would be postponed to autumn 2020 due to the COVID-19 pandemic. According to US pay-TV broadcaster Starz has season 6 *finally* has a premiere date set in early 2022.

“We are excited to get into the editing room to work on bringing the fans one step closer to reuniting with the family back on Fraser’s Ridge,” showrunner Matthew B. Roberts said in a press release. The showrunner also stated that it’ll be a slightly shortened season than originally planned. “Filming in 2021 has presented an unprecedented set of challenges which led us to the decision to truncate the season in order to bring the fans the most vibrant and dynamic season as soon as possible,” he wrote.

Outlander Season 6 What To Expect

According to online sources, Starz hasn’t announced an exact date yet, but we know its release will come in the early spring of 2022 at the latest.

“With the challenges of filming in these unprecedented times, Season 6 will be eight episodes with production on an extended, sixteen-episode Season 7 beginning next year”.

“Annnnnd that’s a wrap!!!! …. what a season,” Balfe tweeted on June 1. “A huge thank you to our amazing crew who worked so hard this season through really tough circumstances and also to our amazing fans who’ve stuck with us.”

The sets, the crew, and the production looked a bit different when the show’s cast and crew first returned to film in Scotland in the winter of 2021. “Obviously, with all the new COVID protocols, we’re making sure everyone is kept safe….. We’re very fortunate to be working right now”, Heughan stated to Oprah Daily in February, shortly after production had resumed.

Every season has been based on Diana Gabaldon’s book series and the events of Season 5 were largely drawn from book five: The Fiery Cross. The story of book 5 reaches a conclusion which took a storyline from A Breath of Snow and Ashes. Season 6 will most likely draw from that material.

The plot of the first season begins shortly after the end of the war in 1945. Upon serving as a hospital nurse at the front, Claire Randall along with her husband Frank experience their second honeymoon in Scotland. When entering a mystical stone circle, it is thrown back to the year 1743 and now has to adapt to the completely changed circumstances. Her knowledge of history helps her in this – both her husband and her uncle, with whom she grew up after the accidental death of her parents, were historians – and her medical skills. But she soon got a reputation for being a witch. As a way out of another emergency, the hospital nurse marries the young Scottish warrior Jamie Fraser, who is also threatened by persecution, betrayal and greed. Claire has to choose one between the two men: between the future she belongs in and the past she lives in.

The first part of the second season takes place in Paris in the vicinity of Prince Charles Edward Stuart, who is in exile there, and who is preparing the Scottish Jacobite uprising of 1745. Claire knows the tragedy of the historical event for Scottish highland culture and therefore tries, with Jamie’s help, to change the course of history but in part 2 of the second season, the two realize that their efforts have been in vain. Claire and Jamie cannot prevent the Battle of Culloden. Jamie asks the pregnant Claire to travel back in time to protect the unborn child – Claire agrees with a heavy heart.

Season 3 begins with a glimpse into the 20 years that Claire and Jamie lived apart. Claire, who had her daughter Brianna with her ex-husband Frank Randall, raises her in Boston. Although there are always arguments between the two, they remain a couple for Brianna and maintain the appearance of an intact family. The protagonist Claire starts a medical degree over the years and becomes a respected surgeon who still mourns the past. Meanwhile, Jamie survives the battle in which his arch-rival Black Jack Randall is killed, but is subsequently wanted as a traitor across the country. When caught, he is detained in Ardsmuir Prison. There he befriends the British officer Lord John Gray, thanks to whom he survived Culloden. Lord Gray permits Jamie to work on the Helwater estate, where he looks after the owners’ horses, among other things. In Helwater, Jamie is blackmailed and forced to have sex by the young, attractive Geneva Dunsany. His son Willie is conceived, who is supposed to be foisted on Geneva’s future husband as a cuckoo child. Jamie lives on Helwater for more years to stay with his son. As Willie aged over the years and the two look more and more alike, he leaves Helwater.

Many years later – 20 years after saying goodbye to Claire – Jamie lives in Edinburgh under the false name Alexander Malcolm and runs a printing company. When Claire finds out, she leaves her daughter Brianna to travel back in time and see Jamie again.

The 4th season is based on the novel The Call of the Drum and takes place mainly in North America in the state of North Carolina.

The plot of the 5th season leaves us with Jamie (Sam Heughan) and Claire Randall (Caitriona Balfe) and the rest of their clan who had gone to great lengths to protect Fraser’s Ridge from incessant threats: Stephen Bonnet, the battle between Governor Tryon and the North Carolina Regulators, and terrifying locust swarms, just to name a few.

Actress Sophie Skelton wasn’t kidding when she stated that “everyone has their own trauma” in season 5 to Oprah Daily.

The previous season concluded with Claire reeling from a terrifying kidnapping and assault at the hands of Lionel Brown and his conspiring workers. Season 6 is sure to bring new catastrophes, fresh faces, and maybe even bless us with some red-hot Jamie and Claire sex scenes.

No trailer yet, but there are photos, go ahead and check out the Outlander season 6 sneak peek below.

Will There Be A Season 7?

Two more seasons have been commissioned. A seventh season was commissioned in March 2021 as the Outlander cast confirmed the news on March 14, 2021. According to a video posted to the show’s social accounts, Skelton, Heughan, Balfe, and Rankin read fan tweets pleading for an update.

“So excited to continue this story and thanks to all our fans …. if you didn’t watch, we wouldn’t get to film!” Balfe tweeted following the announcement.

Crazy Facts About the Making of ‘Outlander’