Nonito Donaire: All You Need To Know About The Filipino Flash 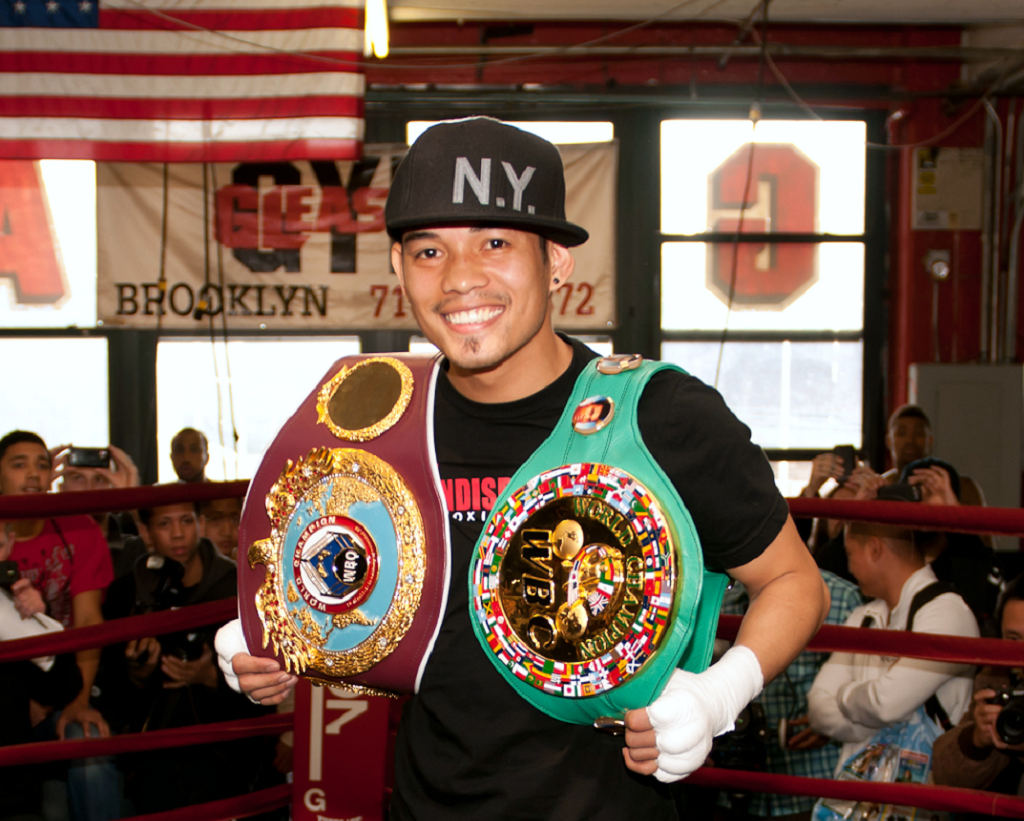 Nicknamed ‘The Filipino Flash’ Nonito Donaire is the Filipino-American pro boxer who won championships across four weight divisions and with three different organizations. In total, Donaire has held eight world titles by the main four boxing sanctioning bodies, as well as the IBO flyweight title from 2007 to 2009, the WBA interim super flyweight title from 2009 to 2010, and The Ring magazine and lineal super bantamweight titles from 2012 to 2013. This boxer’s style is all about his exceptionally fast hand speed and formidable punching power.

Like his countryman, Manny Pacquiao, Donaire lived in General Santos City, South Cotabato until he was six and attended the same school as did Pacquiao.

He had a 68-8 amateur career record, with appearances in the International Junior Olympics and the National USA Tournament.

He was a champion in the IBF, WBC, and WBO

He is a big fan of Hajime no Ippo.

Nonito Donaire took up boxing partly to make his father appreciate him.

He was on the Philippine version of “Celebrity Duets.”

From Being Picked On To Picking The Ring

Nonito Donaire is the third born of four children to Nonito Sr., who competed as an amateur boxer in America in the early 1990s. His elder brother Glenn became a flyweight boxer.

“I had my share of poverty. I was a weak child. I was always sick,” said Donaire about his early years.

“My father never thought of me fighting. I started fighting because that was something that my family was really into. My first fight, my father trained me for 45 days. At 11 years old, I was getting bullied, always being made fun of. Walking into the ring, I literally pissed in my pants, I was so scared.”

In 2003 there was a first-round stoppage of Jorge Lopez (June), and two more wins in 2004 by fourth-round TKO and eight-round unanimous decision over Ricardo Barrera (June) and Gilberto Bolanos (November), respectively.

Donaire’s 2005 featured knockouts of Paulino Villalobos (May) and Daniel Gonzalez (October) in the sixth and first rounds as well as six- and eight-round unanimous decisions over Larry Olvera (July) and Llido Julio (November).

A natural right-hander with the ability to fight out of the southpaw stance, Donaire fought thrice more in 2006 with 10-round split- and 12-round unanimous decisions over Kahren Harutyunyan (January) and Oscar Andrade (October) flanking a second-round stoppage of Jose Luis Cardenas (July).

Catching Them By Their Horns

Donaire’s first-round stoppage of journeyman Kevin Hudgins (May 2007) set up a July clash with IBF world flyweight champion Vic “The Raging Bull” Darchinyan of Australia, who was 28-0 with 22 knockouts. Darchinyan was two bouts removed from a sixth round technical decision over Glenn Donaire and had stopped eight of his previous nine opponents.

Donaire controlled the battle of southpaws. A massive counter left hook in the fifth round flattened Darchinyan. He rose on unsteady legs only to stumble against the ropes. Referee Eddie Claudio waved an end to the bout, crowning a new champion as Donaire earned revenge for his family against a 7-to-1 favorite.

“Nobody believed in me,” said Donaire. “My brother told me he’s not as tough as he thinks he is. I took the bully out of him. This fight wasn’t just for me. It was for my family and the Filipino people, too. I could feel their energy tonight.”

The Filipino Flash’s WBA crown was on the line for the second and final time in July 2010 as he stopped southpaw Hernan Marquez during an eighth-round TKO victory.

That December, Donaire would rise in weight yet again, moving up to 118-pounds and delivering a fourth-round KO of Volodymyr Sodrenko.

That win set up a mega-bout versus WBC/WBO world bantamweight champion Fernando Montiel on February 19, 2011. Montiel, 44-2-2 (34 KOs) was riding an 11-0-1 unbeaten streak that included nine knockouts.

It was supposed to be the toughest fight of Donaire’s career. Instead, it turned into one the finest clips on his long highlight reel. Donaire stopped Montiel for the first time in his career, lowering the boom as a head-swiveling left hook temple shot flattened the Mexican in the second round.

“I predicted this second round knockout,” said Donaire, “I believe that God has a plan. I want to be the undisputed champion in this weight class.”

Donaire made one defense of the WBC/WBO crowns in October 2011, a shutout unanimous decision over reigning 115-pound champion Omar Narvaez.

Donaire climbed to 122 pounds to go 4-0 with a pair of knockouts in 2012. His year began with February’s 12-round split-decision over former champion Wilfredo Vazquez Jr. for the WBO’s junior featherweight crown – his fourth in as many divisions.

That July, Donaire added the IBF title to his. WBO, winning a 12-round Donaire’s unanimous decision over South African Jeffrey Mathebula.

In October, he registered a ninth-round knockout of former title holder Toshiaki Nishioka.

The Eye Of The Tiger Can Never Be Turned Off

November’s 126-pound debut was a return bout with Darchinyan, who led, 78-74, on two cards with the third tied at 74 when Donaire – ailing from a broken right cheek bone – sandwiched a pair of left hooks around a straight right to floor to eventually stop the Armenian via ninth-round TKO.

Donaire’s fifth-round technical decision over Simpiwe Vetyekam in May 2014 featured a fourth-round knockdown, enabling him to dethrone the South African as WBA featherweight title holder and become a five-division champion.  The bout ended on a cut over Donaire’s eye that resulted from an accidental clash of heads.

But Donaire was dethroned in his next bout via sixth-round TKO in October, being floored twice by Jamaican slugger Nicholas Walters, who rose to 25-0 (21 KOs) with his fifth straight stoppage.

Dethroned Only To Rise

Donaire returned to 122 pounds to go 4-1 with three knockouts over the course of 2015 and 2016, the former comprising second-round TKOs of William Prado (March) and Anthony Settoul (July) and a unanimous decision over Cesar Juarez (December) for the WBO’s vacant crown.

The ensuing year brought a third-round TKO of Zsolt Bedak (April). But Donaire was dethroned following a unanimous decision loss to southpaw Jessie Magdelano in November.

Donaire rose yet again into the 126-pound division for his next two bouts, one a victory over Ruben Garcia Hernandez in September 2017 and the other a loss to Carl Frampton.

Fighting at 118 for the first time since November 2011, Donaire became the WBA champion in November 2018 as Ryan Burnett was forced to retire on his stool between the fourth and fifth rounds.

Inoue won a hard-fought unanimous decision over Donaire in their November 2019 clash, one of the best that year But Donaire (40-6, 26 KOs) had proven himself, against Inoue, who was a heavy favorite and considered one of the very best fighters in the world.

“The 20 years of being in boxing can drain your motivation, but I gave him hell, felt unstoppable and was in tremendous shape in my mind, body and spirit,” said Donaire. “I have a lot left in power and speed to be an elite fighter and to try to take over the division and the world.”