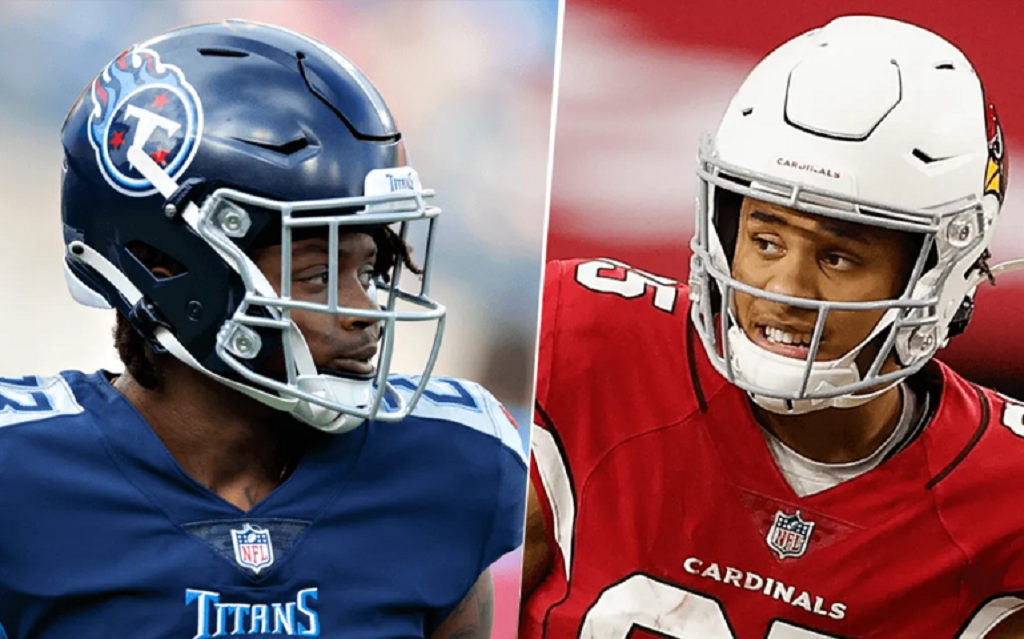 The Tennessee Titans were virtually no match for the Arizona Cardinals in their 38-13 home loss at Nissan Stadium on Sunday.

Midway through the first quarter, Jones was given a 15-yard unnecessary roughness penalty that nullified a seven-yard run by Henry that should have brought up a 3rd-and-1 situation at the Tennessee 34.

But the penalty brought up a far more difficult 3rd-and-16 situation, and Arizona forced a punt. The Titans didn’t score until the 6:50 mark of the second quarter.

“That’s absolutely nothing that we coach or teach,” Vrabel said, per Nick Shook of NFL Media. “So, that would fall into the category of dumb (expletive) that hurts the team, right there, in bold letters.”

The Titans will visit the Seattle Seahawks in Week 2 this Sunday (4:25 p.m. EST). NFL odds currently list the Titans as 5.5 point underdogs.

The Washington Football Team will be without starting quarterback Ryan Fitzpatrick long-term.

The soon-to-be 39-year-old suffered a hip subluxation in Sunday’s 20-16 home loss to the Los Angeles Chargers. According to ESPN’s Adam Schefter, Fitzpatrick is on the injured reserve, and the expectation is that he’ll miss six to eight weeks.

Washington will now roll with Taylor Heinicke, who impressed the football world with a dazzling performance against the Tampa Bay Buccaneers in last year’s Wild Card Round loss.

Heinicke looked strong in relief of Fitzpatrick on Sunday, completing 11 of 15 pass attempts for 122 yards and a touchdown. Including the playoff game against Tampa last January, Heinicke only has two career starts on his resume.

Washington will look to bounce back when they host the NFC East rival New York Giants on Thursday Night Football in Week 2 (8:20 p.m. EST)

Pro Bowl guard Zack Martin and offensive tackle Brandon Knight have been activated from the reserve/COVID-19 list. Defensive end Randy Gregory has been added to the list, however, and wide receiver Michael Gallup was placed on the IR with a left calf strain.

Both players were absent in last Thursday’s 31-29 loss to the Buccaneers. Both players are eligible now to play in Sunday’s road game against the Los Angeles Chargers (4:25 p.m. EST).

Gregory had one tackle and a fumble recovery in Week 1. Gallup caught four passes for 36 yards.

Both Gallup and Gregory are in their contract years and eligible for free agency.

The Denver Broncos lost second-year wideout Jerry Jeudy to an ankle injury in Sunday’s 27-13 road win against the New York Giants. It was later revealed to be a high ankle sprain.

Per Schefter, head coach Vic Fangio announced that Jeudy is expected to miss four to six weeks of action.

The Broncos will visit the Jacksonville Jaguars (1:00 p.m. EST) this Sunday. If Jeudy misses the expected minimum of four weeks, he could return in Week 6 against the Las Vegas Raiders.

Jeudy led the Broncos with 72 catches (six receptions) in their aforementioned victory against the Giants.

Per Keiana Martin of the San Francisco 49ers team website, San Francisco 49ers head coach Kyle Shanahan confirmed that top cornerback Jason Verrett is out for the season after suffering a torn ACL in Sunday’s 41-33 road win against the Detroit Lions.

Verrett enjoyed a superb bounce-back season with the 49ers in 2020. Injuries unfortunately limited him to six total games over a four-year span from 2016 to 2019.

The 30-year-old re-signed with the 49ers on a one-year deal and is eligible for free agency this offseason.

Per Martin, Shanahan announced that lead running back Raheem Mostert will be out for eight weeks after suffering chipped cartilage in his knee on Sunday.

Also, the 49ers hope that cornerback Emmanuel Moseley will return for Week 2 against the Philadelphia Eagles (1:00 p.m. EST), per Martin. Moseley missed Week 1 with a knee injury.

How to Improve Your Soccer Knowledge

Soccer is without a doubt the most popular sport in the world. After all, one billion people tune in to the world cup final...
Read more
Sport

The consequences of the global pandemic are no secret to anyone. Whether businesses or educational institutes, everything had to shut down for months. The...
Read more
Sport

Have you always loved one sport and that sport only? Do you despair when the game is over, unsure what to do with yourself?...
Read more