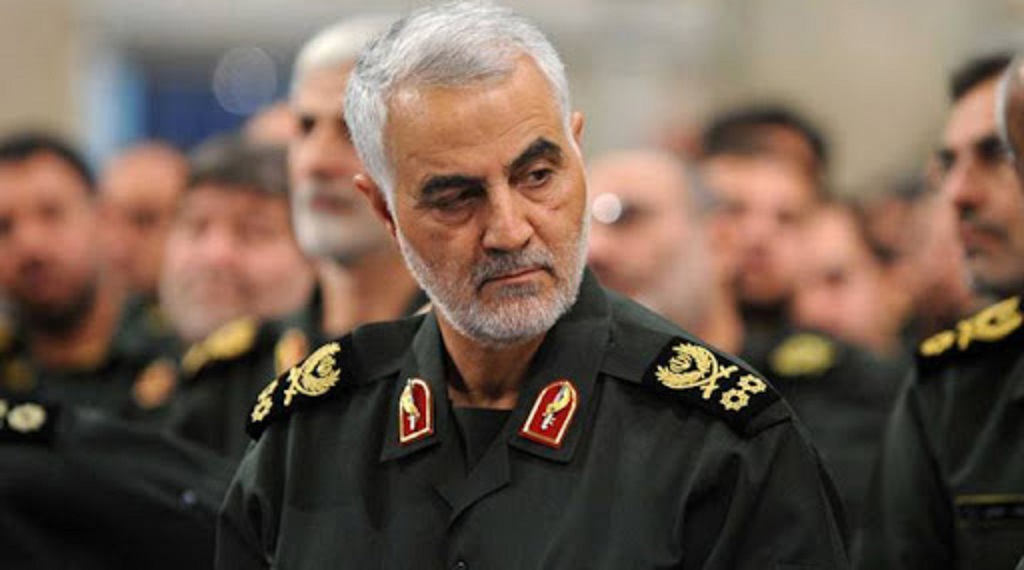 The most dangerous men in the world add instability to the world and have the power to disturb the order of the world in their hands. The question of drawing up the list of the baddest characters on the planet is not to cause fear but to stay informed. Today, a twenty-year-old can walk into a school with an assault rifle and kill 26 people, or, a simple video can set turbulent governments to blaze their own country. So let’s look at some of these dangerous figures below, who still have not been caught or who still work from jail.

The Syrian president had sparked a wave of optimism when he came to power, showing a willingness to adopt democratic reforms. The events of recent months, like all of his actions at the head of Syria, have shown a man with equally repressive tendencies as his father.

Born in 1962 in Sicily, and linked to Cosa Nostra, Messina Denaro is considered one of the most sought-after and dangerous fugitives in the world. Nicknamed ‘U siccu (the skinny) or Diabolik, he has been a fugitive since 1993. He would have resorted to plastic surgery to be unrecognizable. For the investigators, he is the absolute leader of the Cosa Nostra.

The Irishman is wanted by the UK’s National Crime Agency on kidnapping and drug trafficking charges. Particularly gory are the allegations involving the kidnapping of Anthony Joy, a Kelly partner, who allegedly was tortured for five days by pouring boiling water on his head and using a blowtorch.

In hiding since 1995, the Austrian was sentenced to life in prison in 1987 for the murder of a prostitute the year before. On April 27, 1995, the man managed to escape by taking advantage of a study leave. On his head there is also a bounty of 20 thousand euros from Criminal Intelligence Service Austria.

The trial against Foco, and his accomplices Ungar and Löffler resulted in Foco being sentenced to life imprisonment, the alleged accomplice Löffler to 18 years.

The case is pending because Foco escaped from custody in April 1995 and has since gone into hiding. Foco, who was in custody, was given a law degree at the University of Linz, which he visited several times as a result.

On April 27, 1995 at 8:25 am, Foco arrived at the University of Linz with two prison guards. Foco was later able to move away from his guards. From a toilet on the third floor of the Juridicum, he got a garage key and tear gas spray that an escape assistant had previously hidden there. After another 7 minutes and 30 seconds, the fleeing Foco reached a rented garage and drove away with the black Kawasaki ZX 750 F “Ninja” motorcycle, chassis number ZX750F017290, across Marienberg to Leonfeldner Bundesstraße. The motorcycle could not be found until today.

As of March 6, 2020, Tibor Foco is next to Friedrich Felzmann as “Austria’s Most Wanted”.

Of the German, there is only one “alleged” photo as he was never arrested by the German police. On his head hang numerous charges for robberies to valuables which took place between 1999 and 2016 together with two other accomplices. A bounty of 80 thousand euros was also placed on him for anyone with information.

At the turn of 1989/90, he went underground and probably joined the third generation of the RAF. He is from the Federal Prosecutor’s Office, the membership of a terrorist organization.

Together with Daniela Klette, Ernst-Volker Staub, and others, he is said to have been involved in the bomb attack against the Weiterstadt prison in 1993. The three suspects were identified by traces of DNA left behind.

In a failed attack on a money transport in June 2015 in Grob Mackenstedt near Bremen, traces of Garweg’s DNA were found as well as traces of dust and burdock.

Garweg, along with Klette and Staub, is one of the three people who are still wanted in connection with the RAF to this day. The public search for them has been significantly intensified since 2015. A reward of up to € 80,000 is offered for decisive information that leads to a final conviction of Garweg.

He is the man who made Ciudad Juarez, Mexico, the most dangerous city in the world. He is also considered to be one of the largest drug traffickers in the world, and his cartel’s profits are estimated to be close to $3 billion each year. It was through a combination of bribes and violence that he managed to stay in power. He maintains a real personal army.

One of the memories of his childhood was recounted by Chapo himself, where he collected anecdotes about him and the activities of his family from the age of six.

“I remember that my mother made bread to support the family. He sold oranges, he sold soft drinks, he sold sweets. My mom was a hard worker , she worked a lot. We grow corn, beans. I took care of my grandmother’s cattle and cut wood, ”he commented.

The former head of the Sinaloa cartel did not finish primary education and during his youth (from the age of 15) he began to grow small amounts of marijuana and poppies, near his home in the mountains; That was the start of the idea for his thriving business. In the aforementioned interview, he explained that there was no income from work and that activity was a method of survival.

While working for Félix Gallardo, Joaquín bought some shipments of cocaine from Colombia for the organization and stood out for his speed and efficiency in transporting drugs. Upon being arrested, the previous empire was divided and the field was left free for the Chapo project – thus was born the Sinaloa cartel, which in a short time began a bloody dispute with other of Miguel Ángel Félix Gallardo’s former associates: the Arellano Félix brothers, heads of the Tijuana cartel.

Now, he is serving a life sentence after several escapes and arrests.

At the head of American power, he is even more powerful than the generals who lead the armies in their field of operation. John Brennan was “the deadliest man” in the Obama administration: he heads the anti-terrorism section.

As the commander of the secret war against Al-Qaeda, he was the one who sent the drones to bomb enemy headquarters in Pakistan or Afghanistan.

On August 15, 2018, President Donald Trump announced that he had revoked Brennan’s security clearance.

Albanian Burrell is wanted for triple murder. The incident took place on June 23, 2016 when the man, with an accomplice, entered a restaurant and fired an automatic weapon, killing an entrepreneur, a policeman and his wife in the presence of their underage children, and seriously injuring two other people.

Police suspect that Diego Moreno Jiménez, known as El Atocha, and the Dutchman Tommy Van der Sommen are taking refuge in Spain. Both are dangerous criminals and their feats include being listed as the 45 most wanted fugitives.

He was arrested in 2011 and received an 89-year prison sentence for torture, threats, injuries, drug trafficking, illegal detention, and illegal possession of weapons. The National Court could never find Moreno.

The National Police have been pursuing him ever since. He is considered the leader of the Valencian branch of the criminal group, the toughest faction in the group. They even kidnapped and tortured a man who knew the location of two containers from Bolivia loaded with cocaine for 10 hours in August 2009.

It is thought that he has changed his appearance in recent years, so it would be difficult to identify him.

The Frenchman Karim Ouali is wanted in France on suspicion of killing a colleague with an ax in April 2011 while working as an air traffic controller at the Basel-Mulhouse-Freiburg airport. The man had serious psychological problems with delusions of persecution. The latest sighting took place in Hong Kong.

In 2011, Karim Ouali is suspected of having killed Jean Meyer who was discovered dead at the foot of a staircase leading to the control tower of the Franco-Swiss airport of Basel-Mulhouse.

The suspect, Karim Ouali, worked as a controller air trainee but claimed he was depressed and took a sick leave. Sadly, Karim Ouali had kept his badges allowing him to access the control tower, and the poor man he killed died after receiving several stab wounds according to the autopsy.

Karim disappeared from French police radars in April 2011 and resurfaced in Hong Kong in 2014 where he was on a dating site.

Understanding which ear is the gay ear deals with celebrating homosexualism through a piercing! This dates back to a kinky time in the 1980s,...
Read more
About

Marketing once again turns to the nostalgic markets and now it is the turn of Trapper Keeper, the brand of the most popular school...
Read more