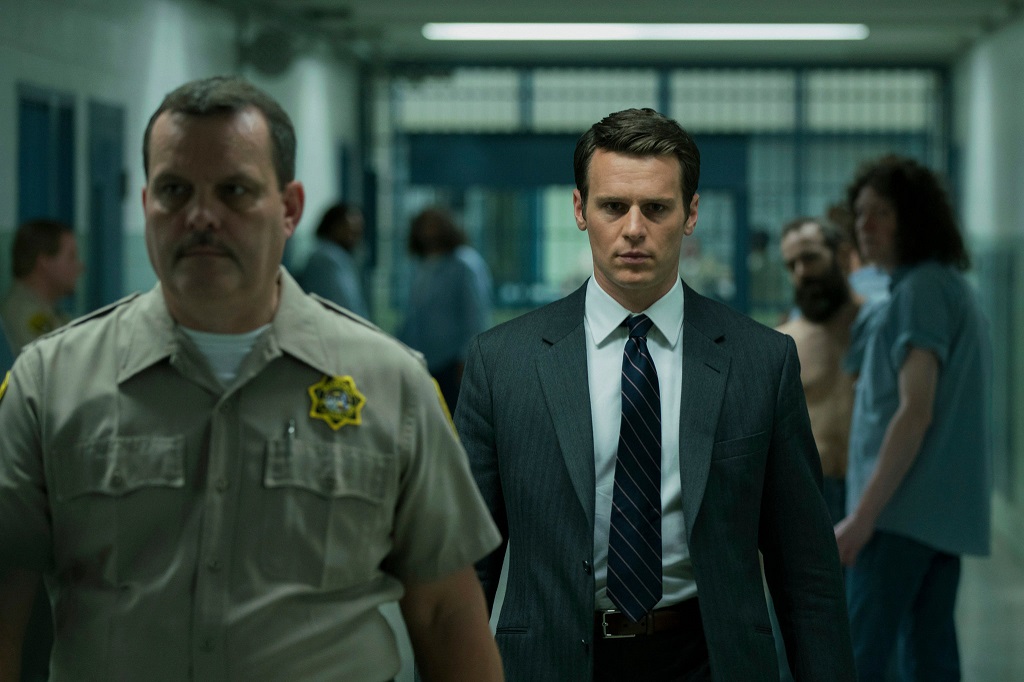 Mindhunter is one of the best series that Netflix has, but its passage through the platform is anything but easy. In the end, it is difficult to discern if it is the fault of the company or David Fincher, executive producer of the series. It is the chicken or egg dilemma. There are rumours that Netflix was not interested in promoting Mindhunter, now it has been reported that Fincher is the main suspect for why there is no Mindhunter season 3 in the works.

After spending four months without giving explanations about Mindhunter, when the directors of the platform usually make the decision to renew or cancel a series only one month after it premieres, we finally know the truth: there will be no episodes shortly, in addition, it has even been reported that the actors have been released from their contracts.

It seems that Fincher, the well-known filmmaker responsible for titles like Seven, Fight Club, or Lost, has so much work on the table that he prefers to focus on them and not on producing more Mindhunter episodes.

“David is focused on directing his first Netflix movie, Mank, and producing the second season of Love, Death, and Robots. Maybe Mindhunter will resume in the future, “Netflix explained in a statement.

Meanwhile, it seemed unfair for the actors to retain them to look for another job while he (Fincher) was exploring new projects on his part,” concluded the statement, reproduced in articles like this one from The Wrap shared by Holt McCallany, the actor better known as Bill Tench, one of the FBI agents who delve into the minds of serial killers.

First, executive producer, David Fincher was in talks with Netflix:

Since early 2020, Netflix is silent despite Fincher’s discussion regarding the renewal of Mindhunter Season 3. According to a report by Small Screen: “It’s been revealed to us by sources close to Netflix that discussions between the streamer and David Fincher for a Mindhunter Season 3 are back on.”

According to Small Screen’s source: “All I can really tell you about Mindhunter is that conversations between Netflix and Fincher are ongoing. They are discussing the possibility of bringing the show back for Mindhunter Season 3. It’s still very early days, but Fincher sounds more upbeat about the project.”

Is Netflix giving the green light for Mindhunter Season 3?

Sadly, the answer is ‘No’, the show’s leads, Jonathan Groff, Holt McCallany, and Anna Torv, were released from their contracts back in January 2020 and the show was put on “indefinite hold” by Netflix. Then, David Fincher burst our hopes for Mindhunter Season 3 dreams as he said during an interview with Vulture:

“We lived there for almost three years. Not year in and year out, but … probably six or seven months a year … Mindhunter was a lot for me.”

The first production of Mindhunter was out in October 2017. The trailer for the second season was released on August 6, 2019, and its premiere occurred on August 16, 2019.

But fans were patiently waiting because we know that almost the entire entertainment industry is suffering from the pandemic – even now in July 2021!

Turning back the pages of time, David Fincher stated in a chat with Variety that the dangerous BTK was going to show up. In 2020, he said:

But, David Fincher basically did everything himself on Season 2 of Mindhunter and it became extremely tedious for the man as he revealed: “ I ended up looking at what was written and deciding I didn’t like any of it, so we tossed it and started over.”

Fincher then opted to promote Courtenay Miles, who had been an assistant director on the show, to co-showrunner but even that still took up most of Fincher’s time. He revealed:

“It’s a 90-hour workweek. It absorbs everything in your life. When I got done, I was pretty exhausted, and I said, ‘I don’t know if I have it in me right now to break season three.”

Next, Netflix responds to David’s fight against hours:

According to online sources, Netflix didn’t really put up much of a fight when Fincher told them that he didn’t want to work on Mindhunter Season 3 for now.

Netflix CEO Ted Sarandos and Cindy Holland, the company’s VP for original content at the time, asked the director what he would like to do next instead, and that’s when Mank happened for the director of Mindhunter.

“Listen, for the viewership that it had, it was a very expensive show. We talked about, ‘Finish Mank and then see how you feel,’ but I honestly don’t think we’re going to be able to do it for less than I did season two. And on some level, you have to be realistic — dollars have to equal eyeballs”.

We need to see how this disturbing character evolves.

Is there hope that there is a Mindhunter Season 3? Everything is possible but, after terminating the contracts with the actors, it would almost be time to start over.

This decision by Fincher to focus on other projects and leave Mindhunter in limbo is surprising if not downright outrageous. Those who have seen the first two seasons will have realized that the story is far from over: not only do agents Holden Ford, Bill Tench, and psychologist Wendy Carr have a long way to go, on top of that there is a pending plot that seems to indicate that we will see Dennis Rader perform, one of the best-known psychopaths in American history (yes, the man who experiments with torture, binding, and killing).

But there is also another hypothesis why Fincher is not interested in shooting Mindhunter Season 3 right now. As Deadline points out, Fincher would be tired of shooting all the episodes in one place (Pittsburgh) and would have tried to negotiate a budget increase for Mindhunter Season 3. By not getting the money he had in mind, he would have been enthusiastic about other projects while Netflix, Fincher, and the cast never got together in earnest to discuss plans for new episodes.

Why doesn’t Mindhunter go ahead without Fincher, who isn’t even a creator or screenwriter?

Well, because he is the one who has led the project since it went from HBO to Netflix in its gestation phase. As creator Joe Penhall explained, he had to be the showrunner in the beginning but Fincher wanted to coordinate the writing room when he gained full control of the project from Netflix. This deal has already worked well for Penhall, who resides in the UK and whose family had become used to their routine on the other side of the Atlantic after three years of negotiations with the platforms.

Cast who are expected to return for Mindhunter Season 3:

We can expect Jonathan Groff and Holt McCallany to return as Holden Ford and Bill Tench respectively – if Mindhunter is renewed for Season 3. A lot of fans who watch the show are also excited to see if a mini Dexter is being groomed at Agent Bill Tench’s house because the adopted son who shows signs of being a serial killer appears in small roles every now and then.

The other stars who might return in Mindhunter Season 3 are:

Even though numbers weren’t really in Mindhunter’s favour, Netflix never shut the door on the show entirely. This seems like good news and it seems as though they’ve started talking about it again. A Netflix spokesperson did reveal that Mindhunter Season 3 could happen: “Maybe in five years”, back in October 2020.

It seems as though we might be getting a Season 3 before 5 years according to this one source who said:

“All I can really tell you about Mindhunter is that conversations between Netflix and Fincher are ongoing. They are discussing the possibility of bringing the show back for a third season”.