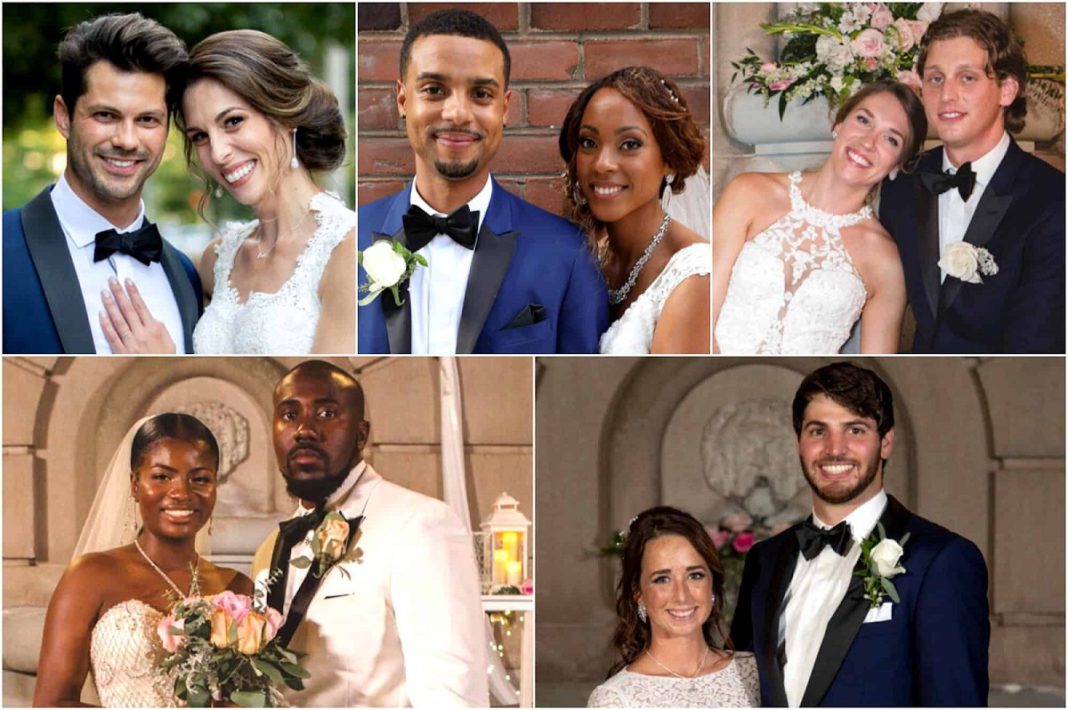 Married at First Sight is an extremely popular American reality show that has been running successfully since 2014. The extremely popular show is based on the popular Danish show Ved Første Blik. In this post, we will take a look at Married At First Sight season 10 and what makes the show so popular. Let’s get started.

Married At First Sight Season 10: All You Need To Know

When did Married At First Sight make its TV debut?

What is Married At First Sight?

Married At First Sight is a reality show which features couples who marry after their first meeting. These couples are paired together by relationship experts. After their wedding, the couples spend a night at a hotel and head over for their honeymoon after that. Once they come back from their honeymoon, they stay as a married couple for two months. Upon completion of that time period, the couples can choose to stay married or get divorced.

Married At First Sight has run for 14 seasons and has featured 54 couples on the show. Only 61% of the couples decided to stay married after two months together. Out of those, more than half eventually went their separate ways. As per data released in July 2022, only 13 couples were actually married in real life, resulting in an abysmal success rate of 24%.

What happened in Married At First Sight season 10?

Out of the five couples, only two agreed to the marriage on “Decision Day”. Katie Conrad agreed to marry Derek Sherman while Jessica Studer agreed to marry Austin Hurd. However, Conrad and Sherman eventually ended up getting divorced.

Jessica Studer and Austin Hurd have had a far more successful marriage, and the couple welcomed their son Westin Paul in November 2021.

Both weddings took place in Georgetown.

As the name suggests, the actors see each other for the first time when the bride walks down the aisle. After this, they must live together as a married couple for eight weeks and can choose divorce if they still do not want to form a couple when the time is up. The couples are put together by four experts; a couples therapist, a priest, a sexologist, and an anthropologist.

But why has the series become such a big hit that people of all ages and genders can’t stop watching it?

People identify with the cast

It plays on some classic tricks that only work on TV. The first is identification. The actors are not just there to become famous. They are ordinary, nice folks with regular jobs. Viewers like seeing such folks on TV.

In addition to the identification, the program also fulfills another essential element that can lure people to the screen.

It runs on hope

Whenever a show offers some hope, it works. There is of course hope on many levels, but one especially hopes that these couples will succeed. The character development in ‘Married at First Sight’ can be compared to the character development in a drama series, and it is a very strong narrative technique. Viewers become so emotionally involved that they hope on the couple’s behalf.

The series goes right into the romance tradition, which the title also plays on. After all, romantic love is precisely defined by being love at first sight. When you watch a romantic comedy, you almost always know immediately who will end up together. With the help of some film tricks, a match is created between the two. After all, a romantic comedy can fall completely on the fact that there is no spark between the two main characters. In the series, there are couples where you think it’s really, really not working out and others who seem like they’re in love and you can see it in them. While it might not be contrived, it feels like watching romantic movies, and it’s captivating. We need to know what will happen in the future.

The couples are chosen by experts

After the crisis, we don’t bother with false facades, confetti, and lyre, but go for evidence and everything must be scientifically proven. There it must be said that “Married at First Sight” hits the spirit of the times, as there is both a psychologist, an anthropologist, a priest, and a sexologist in play. The program is scientifically based, and that is exactly what we are looking for now. It is thought-provoking and can change our perception of marriage.

It is an extension of many concepts that television should solve people’s problems. There is almost nothing that TV cannot solve. It is an expression of the modern man who experiences powerlessness in his own life. We solve everything from a dog that does to a lack of control over the finances, and now we have arranged marriage on the open screen.

The new thing about “Married at First Sight” is that we get really close. It is thought-provoking and should change our perception of marriage. In the past, marriages were arranged between farm owners and people gathered appetites while eating. Maybe they are onto something here.

In addition to the scientific trend that is spreading, another megatrend is at play; proximity. ‘Married at first sight’ is basically about closeness and the search for togetherness.

It’s just really, really hard to find love, and there has never been as high a number of single households as there is now, and that’s why it’s something that a lot of people are interested in. So the program and the actors have a project that many of us would like to see succeed.

The last thing that makes Marriage At First Sight work is authenticity, which has become important to us as a means in our search for security. We are simply looking back to something that is safe, for example, marriage, and furthermore, there are elements that are very real.

The fourth season of Stranger Things was an absolute blast. If there is one word to describe it, it would be “epic”. The series...
Read more
Entertainment

There are plenty of online and land-based casinos operating in the UK. Finding an exclusive casino in England can take a lot of work....
Read more