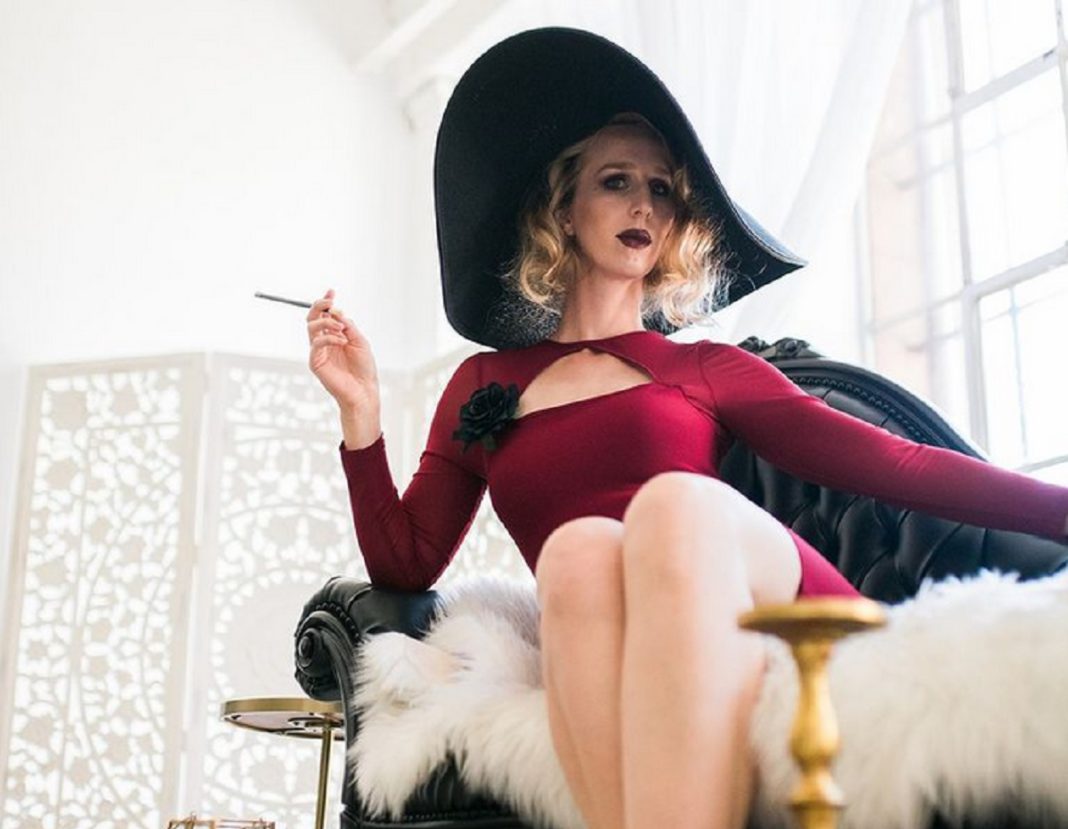 Actress Maggie Robertson’s role as Lady Dimitrescu, the internet’s favourite tall vampire lady, was by no means handed to her. Bringing the tall vampire lady to life, despite not knowing much as Resident Evil was in many ways as impactful to the actress as it was to the fans. Drawing memories from her past and recalling how she chose to captivate her audience, here are some excerpts from her life taken from one interview with PC Gamer. The actress went on to be nominated for many awards for her voice over and motion capture performance for her role of Lady D.

Maggie Robertson: 7 Must-Know Things About The Voice Behind Lady Dimitrescu!

1. Maggie Robertson started off as a singer first:

The actress did some classical training for singing, and then was the musical director of her collegiate a cappella group. She actually wasn’t that into acting growing up, thinking it was scary and intimidating – not really enjoying being in the spotlight either. Instead, she liked singing in choirs and larger groups, where she could blend in and be part of a collective. So the irony of all ironies, Maggie Robertson is now an actor and thrust into the spotlight in every way!

The transition from music to acting happened when a friend of hers wanted to audition for the school play, but didn’t want to audition alone. So she asked Maggie Robertson to do it with her as a favour, and she was like, “Ugh! Fine, I’ll do it for you, but I don’t wanna be in this play.” Sadly, she got cast but not her friend. Still, Maggie Robertson says she owes her friend lots for helping her fall in love with theatre.

2. She was still halfway in and halfway out of acting for a while:

From high school theatre stuff to getting a degree in theatre from Muhlenberg College, Maggie Robertson fell in love with theatre. She then shifted her attention towards classical training when she moved back home to the DC area and did some regional theatre. Then the actress decided to shake things up and applied to grad school and did her master’s in classical acting at LAMDA (the London Academy of Music & Dramatic Art) in England.

This was a total dream come true and it really boosted her as an artist. She grew so much there that she credits her education at LAMDA for preparation for the role of Lady Dimitrescu.

There’s a real hustle culture in an actor’s early acting and all of her work helped her get ready to step into this opportunity with Resident Evil. But in reality, this was so new to the actress as she wasn’t paying much attention to video games until she moved to Los Angeles. Thanks to the access to so many opportunities LA is the place for someone to find ways to be an actor than there are elsewhere. Soon the actress who had just been exposed to the theatre without much idea about voiceover work or video games was suddenly landing the role of Lady Dimitrescu.

Still the actress says she booked the job as a result of preparation and hard work. Unrepresented and new to LA, she didn’t wait and decided to submit her voice acting audition, which was pretty unusual for projects of this magnitude.

But it wasn’t until she got to the table-read that Maggie Robertson realized what she had actually booked. The whole cast and crew were unbelievably excited and grateful to be a part of this franchise and that was the first time the actress thought she might have just booked something really big!”

Maggie Robertson went home and furiously researched it and it hit her – this video game was major! It was such a big moment for her, she sat back in her chair for a moment and had to process it.

4. She says her classical acting background made her uniquely primed to step into this role:

Resident Evil Village’s Lady Dimitrescu and Shakespeare can draw parallels according to the actress. She said that working in these really heightened worlds where the stakes are so high and the language is so luxurious – is not just Shakespearian but also sci-fi!

Under fantasy realms, Lady D felt very Shakespearean to the actress, with her use of language. The writers had a lot of fun with the way Lady D speaks so for the actor, it didn’t feel too far off, and it actually felt very familiar – which not many would think of!

Her experience coming from the theatre also seemed to enrich this role as she says she had to rely on her imagination to endow the world and the things around her, and make them feel physically real. When there is voice acting, actors can’t rely on props or costumes to do the work for you. The actress said everything has to be through your imagination.

Theatrically, that’s very similar to the work she did in black box theatre, so the actress was very comfortable there, and even said this was what gets everyone into acting in the first place – playing and using one’s imagination to create these fabulous worlds.

Similarly, when it comes to technical stuff, the actress says her voice acting was similar to being on camera or on stage, where specificity is important and you really have to hit your marks. Thus, both of her worlds (old and new) began to blend and despite some things being new, most of it felt familiar and comfortable.

While being tall was not a requirement for the role, Lady Dimitrescu’s height was something Maggie Robertson could relate with as she is taller than the average American woman.

Though Lady D was around 9 foot 6, the actress didn’t have to imagine how that would look as there were some monitors in the performance capture volume where Maggie Robertson could see some live renderings, where she could step in and move her hand and see Lady D on the screen do the same.

Maggie Robertson found this helpful as she was able to figure out her movement qualities before the production even started shooting, and get a sense of the world.

Maggie Robertson’s voice as Lady Dimitrescu was pretty much what she came into the audition with.

Maggie Robertson’s voice then was a mid-Atlantic thing, where she’s neither American nor English – but fluid enough that some vowels could be more English, which gives her this very arch quality. According to the actress, this voice feels right because she’s very regal and considers herself to be above everyone else, and not just literally.

Inspiration from Lady Dimitrescu’s past or backstory to help the actress play her comes from Maggie Robertson’s relationship with the other characters on the script that she was interacting with, or even objects in the space.

Maggie Robertson’s first role in video games was one of the biggest franchises in the world -what a way to come into the industry!

Wanda Nara- the name that's been circling through the whole PSG squad and mostly all clubs in Italy and France. The reason- She's popularly...
Read more
Entertainment

Many people who travel to Las Vegas decide to visit a casino to get that full Sin City experience. If you know the rules...
Read more