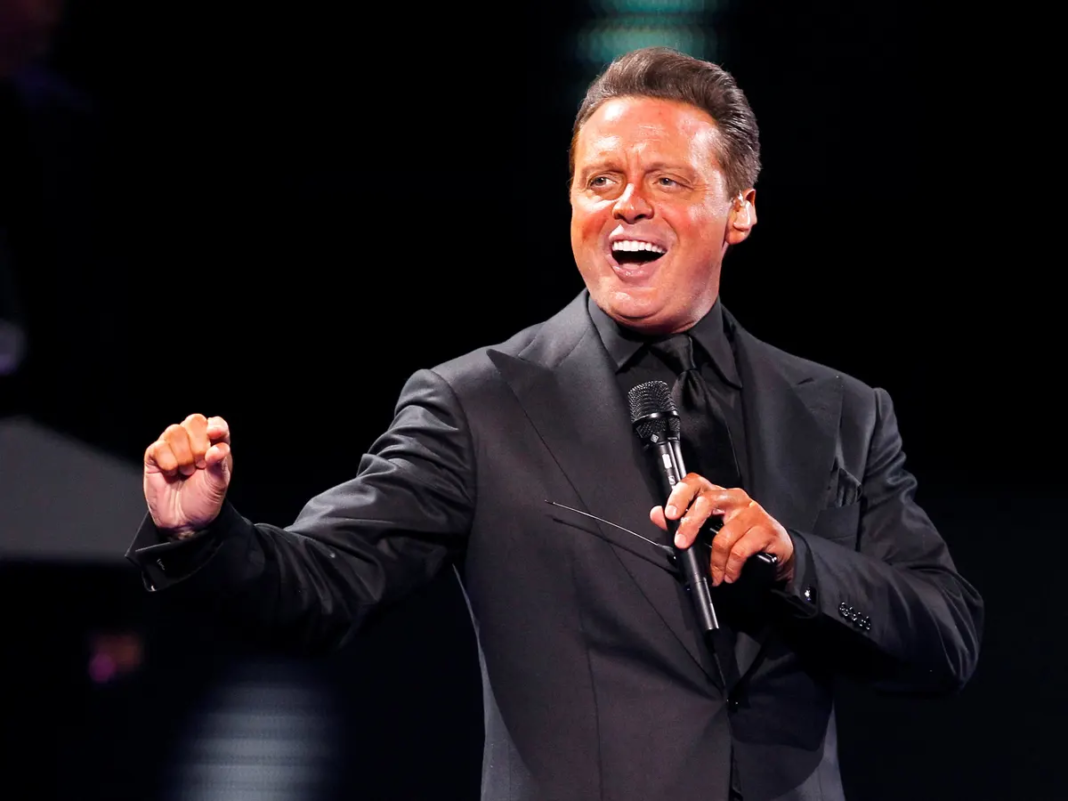 Luis Miguel is a legend of Latin American music. He is one of the most popular and successful singer-songwriters of all time. For over three decades, El Sol de Mexico or the Sun Of Mexico, Lusi Miguel has serenaded numerous people with his incredible voice and songs. In the Spanish speaking world, and even outside it, Luis Miguel is an absolute legend, and in this post, we will find more about him. Let’s get started.

Luis Miguel: All You Need To Know

When was Luis Miguel born?

Luis Miguel Gallego Basteri was born on April 19, 1970 in Puerto Rico, while his parents were there temporarily as a result of the professional activity of his father, Luisito Rey, who was also a singer. His mother was also involved in the artistic environment, albeit as an actress, and was originally from Italy.

Then, from his father he would inherit the passion for music and it would be precisely this one who would take care of promoting the career of his little one when he took note of his qualities.

How did Luis Miguel start his career in music?

After a successful live presentation at the wedding of the daughter of Mexican president José Luis Portillo in 1981, Luis Miguel got a record contract to record his first album: 1 + 1 = 2inamorados.

In 1985 he produced a true milestone, winning a Grammy Award at the young age of 15 for his duet with popular singer Sheena Easton.

Also following this event, participation in the Vina del Mar Festival and the San Remo Festival also helped increase his fame across Mexico.

Around this time, he also made a foray into cinema, in the film Fiebre de Amor, with the popular Mexican actress Lucero, which led to the release of a musical album of the same name.

How did Luis Miguel start making it big in the Latin music industry?

In 1987 he began his artistic partnership with the Spanish producer and composer Juan Carlos Calderón, which brought him a string of successes and a massive tour of Latin America.

Another relationship that brought him more and more successes is the one he establishes with the singer-songwriter Armando Manzanero, since from this union emerged the album Romance and Segundo Romance, which brought together the most heartfelt boleros in history, performed with the unique imprint that Luis Miguel brought with himself him and with the understanding hand in the production of Manzanero.

In 1993 he returned to pop music with the album Aries. A lot of times, artists are accused of selling out when they do such a move but Luis Miguel didn’t face any such backlash because his pop album was fantastic.

Some of the other key albums of Luis Miguel ‘s music career are El Concierto, Vivo, México en la piel and Cómplices , are other important albums of his career.

What musical style does Luis Miguel specialize in?

Although he has performed numerous styles successfully, it is in the bolero and the romantic ballad in which it has achieved the greatest and most satisfactory response from the public and critics. His renditions of classic boleros are loved by fans all over the world.

Who is Luis Miguel dating?

As with renowned artists, Luis Miguel’s private life has always attracted enormous attention from the press, although the singer has managed to keep it safe.

As per the latest information available about Luis Miguel, the golden voiced crooner is currently dating Al Pacino’s ex girlfriend, Lucila Polak, who hails from Argentina. He is the father of three children, a 23-year-old girl, the result of his relationship with Stephanie Salas and Miguel and Daniel, of his courtship with the actress and singer Aracely Arambula.

How many Grammy Awards has Luis Miguel won?

With a career that has been going on for three decades, El Sol de México, as it is also called, has reaped one success after another that makes it one of the most selling Spanish-speaking singers and also one of the most awarded by the industry. He has won six Latin Grammy awards, five Grammy awards and 11 Lo Nuestro awards.

Luis Miguel’s incredible success has gone a long way in popularizing the Bolero genre of music. Bolero music originated in Cuba and usually contains beautifully crafted lyrics about love. Bolero music is famous for giving some of the best romantic hits in Latin America in recent memory.

I don’t like rock. Honestly, I like to listen to it, but it’s not for me. There’s a lot of musical genres that I find interesting, but they don’t suit me. It’s one thing to listen to different genres, but to perform a genre that isn’t yours is counterproductive.

I am very adamant about keeping my private life private. I don’t prefer to talk about my family.

Simply: practice makes the master. Practice every day, or at least try to sing, as much as you can. And I don´t stop, if I´m not on tour, I´m in a studio, and if I don´t, I do it for pleasure, I do it every day, it is something that is part of my life.

Surprisingly, it is not like they say: “In this or in that country”, no. There are beautiful women in every country.

What are the issues that have plagued Luis Miguel’s Netflix series?

It’s not so much the series or the audience response that has created an issue with Luis Miguel’s Netflix series. It has actually been the things going on in his life personally that have caused the issue. The new season of Luis Miguel, the series premiered this October 28 on Netflix.

The third installment of the successful production portrays some of the worst moments that the singer, already established as a star, had to go through. In the last hours, those who put the episodes on play could remember one of the most intense and dramatic situations in the interpreter’s career: his arrest in 2017 due to a demand from his representative. The Latin pop legend was arrested on May 2nd in the CIty of Angels and faced an uphill battle through a difficult trial.

What lawsuit has Luis Miguel filed?

Luis Miguel had filed a lawsuit against William Brockhaus, his agent and representative for three years. The manager was the owner and CEO of the company WB Management, which managed the career of “Micky” at that time and, after ending his employment relationship, he claimed from his client one million dollars in compensation for breach of contract.

Brockhaus and Miguel met in 1997 by sharing various concerts and events, and forged a close friendship that lasted for years until they decided to extend their relationship to the workplace. The manager’s mission was to improve your planning to achieve a significant cost reduction, as noted by himself on his personal LinkedIn.

In 2015, “Micky” canceled a series of shows and it became known to the press that he would cancel a long-awaited tour of the United States due to health problems. The criticism against the singer had repercussions on the business and on Brockhaus leaving his role.

Netflix premiered the new episodes of the third season of Luis Miguel, the series, and showed the musician’s conflict with the law.

Soon after, in 2016, William filed his lawsuit. In it, he accused the singer of breach of contract and demanded compensation of US $1.4 million. In addition, a series of documents came to light detailing Miguel’s assets and earnings and affirming that he was in a position to pay the debt.

The judge ruled in favor of Brockhaus but, despite having emerged victorious, he did not receive the money from the sentencing for many years. For this reason, the court ordered the confiscation of Luis Miguel’s beloved Rolls Royce car. However, even after auctioning that car, only half of the debt was paid, so Luis Miguel was brought back to the court.

Why was Luis Miguel arrested?

Even after being summoned repeatedly, Luis Miguel kept ignoring the summons. Judge Phillips had no choice but to order an arrest of Luis Miguel for contempt of court.

That eventually ended up bringing Luis Miguel to court and he surrendered voluntarily. He was released on bail and tried to settle the suit with Brockhaus.

A week after that, it was announced that Brockhaus and Miguel settled the lawsuit outside the court and Luis Miguel ended up paying over $1 million in damages, finally putting the ordeal to an end.

Wanda Nara- the name that's been circling through the whole PSG squad and mostly all clubs in Italy and France. The reason- She's popularly...
Read more
Entertainment

Many people who travel to Las Vegas decide to visit a casino to get that full Sin City experience. If you know the rules...
Read more