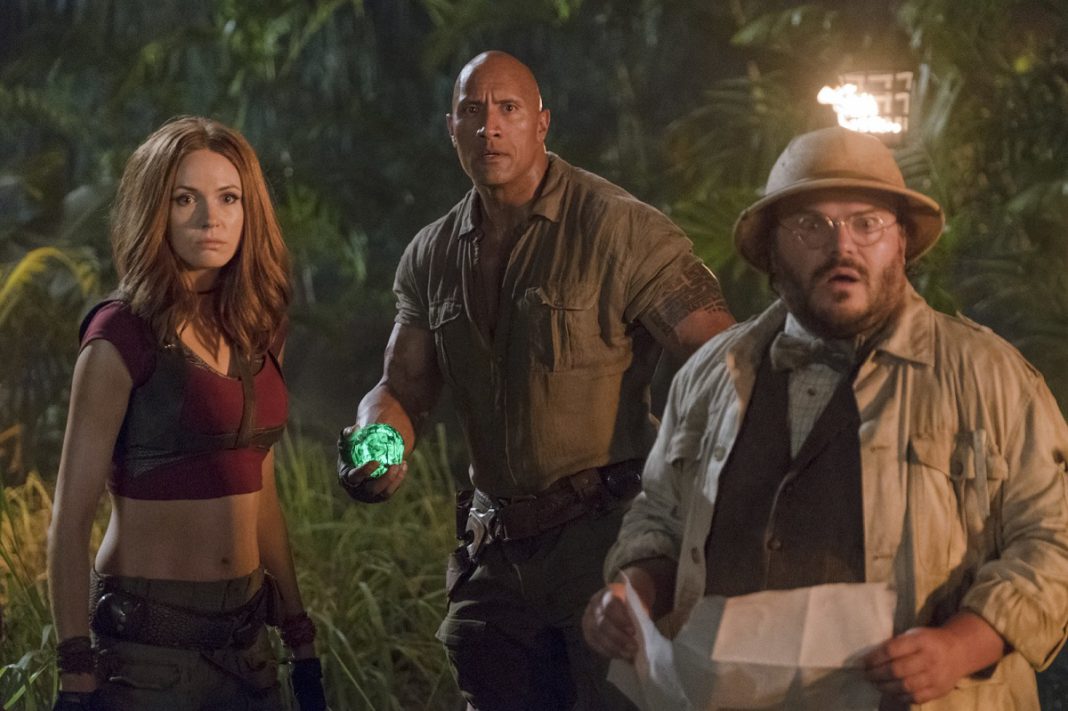 The American action-adventure comedy film Jumanji: The Next Level is a 2019 movie that did very well for Jumanji fans. The sequel to the 2019 movie called Jumanji 3 is in development. After the box office success of Jumanji: Welcome to the Jungle, the sequel to the original starring Robin Williams, grossed $ 962 million in theaters worldwide, a third installment was to be expected. ‘Jumanji: The Next Level ‘ lost a bit of steam, but took in $800 million at the worldwide box office. With these figures, it is normal for Sony to want to have a third installment for the saga headed by Dwayne Johnson, which was born as a reboot of the beloved mid-90s movie starring Robin Williams. In this article, we quickly tell you the plot and some other good news about the production team.

Jumanji 3 Is Officially Happening: Actors and Production House Confirm It!

1. Jumanji 3 will be the 4th film in the Jumanji franchise:

This is because Jumanji 3 will be a sequel to Jumanji: The Next Level (2019). The 2019 movie was released after Jumanji: Welcome to the Jungle (2017) which is the third film in the Jumanji franchise.

In August 2022, Karen Gillan explained why Jumanji: The Next Level hasn’t gotten a sequel yet, when one fan asked if there would be another Jumanji movie to complete the reboot’s trilogy.

Fortunately, the actress assured fans that it will as Gillan said yes: “Thank you! Yes I believe there will be another film, I don’t know when!”

Unfortunately, the red-headed beauty also stated that the cast has to wait until they’re all available to film it. She stated on Instagram that “It’s hard to get everyone’s schedules aligned! But we are all very excited to make another one.”

Hiram Garcia, President of Seven Bucks Productions, was asked back in January of 2022 about the new film coming along.

“It’s going to happen, for sure,” he revealed. “We have a really big vision for that third Jumanji movie. We were just discussing the pitch the other day. We’re bringing it to Sony shortly.”

“All of the actors are super busy. So the timing is going to work out great, but we have a really great pitch for the movie we’re about to bring into the studio, probably going to get a script written soon.”

The actors in question are of course Dwayne Johnson, Jack Black, Kevin Hart, and Karen Gillan.

Hiram Garcia, President of Seven Bucks Productions once revealed that it is tough to shoot sequels to all of Johnson’s movies, no matter how much Hollywood wants to, because if that were the plan, this actor would “literally never stop working”.

Right now the aforementioned production company is focused on filming ‘Red One’, more than anything because they work with just the right amount of time. And it is said that the project is a “great Christmas movie”, designed to be available through Prime Video, Amazon’s streaming platform. “It’s a really fun Christmas idea with a tone that’s close to that of ‘ Fast & Furious: Hobbs & Shaw ‘ and a bit of a ‘ Guardians of the Galaxy ‘ vibe, with crazy mythological elements and over-the-top action . “

The most promising evidence of Jumanji 3 happening was when Hiram García published a photograph of the performers on his Twitter account, this time in full action and in one of the sets of the video game in which the protagonists will probably immerse themselves again.

Although it looks like an image from Welcome to the Jungle, it is hinted at in its caption. “The gang is back! It’s your favorite team! Although some things are not what they seem. So buckle up because soon we will all play.” What can be seen is that the costumes of the actors are identical and the location could be the eastern market in which they enter the video game for the first time.

Jumanji 3, the long-awaited sequel possesses a plot that is still unknown, which according to director Jake Kasdan, will include more references to the original 1995 film, a detail that may be missing in the installment directed by and that some of his fans missed.

Here’s the plot of the original movie which Jumanji 3 is based on.

The story begins in 1869. Two brothers bury a coffin in the woods during a heavy thunderstorm at night.

One hundred years later in 1969, 12-year-old Alan Parrish finds this coffin. The box turns out to contain a board game called “Jumanji”. When Alan goes to play this game that night with his girlfriend Sarah Whittle, he discovers too late that the game has supernatural powers. Every time a player rolls the dice, his pawn automatically moves and the game gives a puzzling description of a danger that will appear, after which this danger actually appears. An unfortunate throw sucks Alan into the game and lands him in the jungle of Jumanji. And Sarah is chased out of the house by a whole bunch of bats. She leaves Alan and the game without throwing another 5 and an 8 to get him back out and she flees home.

After their parents died in a car accident in Canada, Their aunt Nora Shepherd takes care of them. They find the game Jumanji in the attic and they start playing it too. They are then confronted by large mosquitoes, a lot of monkeys and a lion. A throw from Peter frees Alan after being imprisoned in the jungle of Jumanji for 26 years. Alan soon discovers that over the past 26 years, his town has fallen into disrepair, partly because his father’s shoe factory has gone bankrupt after spending all his time and money trying to find Alan.

There is only one way to make things right: finish the game, because then all consequences will be reversed.

Alan (along with Judy and Peter) tracks down the now-grown Sarah because they need her to finish the game. With difficulty, they manage to convince her to participate. Then the four of them continue to play. During the game, there will also appear a carnivorous plant, a mad hunter, a stampede of zebras, pelicans, elephants, and rhinoceroses, a monsoon, a crocodile, quicksand, and huge spiders, as well as the whole town and the house being torn apart. pulled and cracked.

In the end, Alan makes it to the end of the game with his pawn. Promptly, all the appearing animals and the hunter are sucked back into the game into the jungle of Jumanji and Alan and Sarah find themselves as children again in 1969. They dump the game into a river.

Alan is the new owner of the shoe factory once again 26 years later in 1995 and the city has kept its glory and Sarah is pregnant with Alan.

In the final scene, the game is on a beach and about to be found by two pre-teen girls.

Once again the same Jumanji star cast will include Dwayne Johnson, Kevin Hart, Karen Gillan, and Jack Black. Sony Pictures will once again give life to the protagonists of the feature film and the new image of the shooting shows these characters in full but above all a detail that can serve as a clue to the new delivery. Additionally, Danny DeVito, Awkwafina, and Dania Ramírez have joined the cast, but their roles are still being kept under wraps.

This character is Fridge’s avatar, former Bethany’s avatar: cartographer, cryptographer, archaeologist, and paleontologist. Fridge’s avatar (later Martha temporarily and then Fridge’s avatar again and then Bethany again) develops a new ability of Geometry and three new weaknesses (Heat, Sun, and Sand; simply for comic effect since the first level is in a desert).

This character is Milo’s avatar, Fridge’s former avatar: a small zoologist and squire.

This character is Martha’s avatar: a martial artist and “dance fighter”. Ruby Roundhouse gains a new ability: mastery of the nunchuck.

This character is Alex Vrick’s avatar: a young airplane pilot.

This character is Spencer’s new avatar with hacking skills who has a weakness to pollen. Ming Fleetfoot is Spencer’s (later Eddie’s) new avatar, whose character background is a thief with skills in pickpocketing, picking pockets, and locks.

This character is Spencer’s grandfather. He is retired, following the sale of a restaurant he owned in Brantford, with little understanding of video games.

Rory McCann as Jorgen the Cruel:

This character is Jumanji’s new villain who stole the Falcon’s Heart Stone.

This character is the game’s guide.

This character is Bravestone’s ex-girlfriend.

This character is a human who is Bravestone’s only weakness.