Johnny Test: Will There Be a Second Season of this Hit Children’s Show 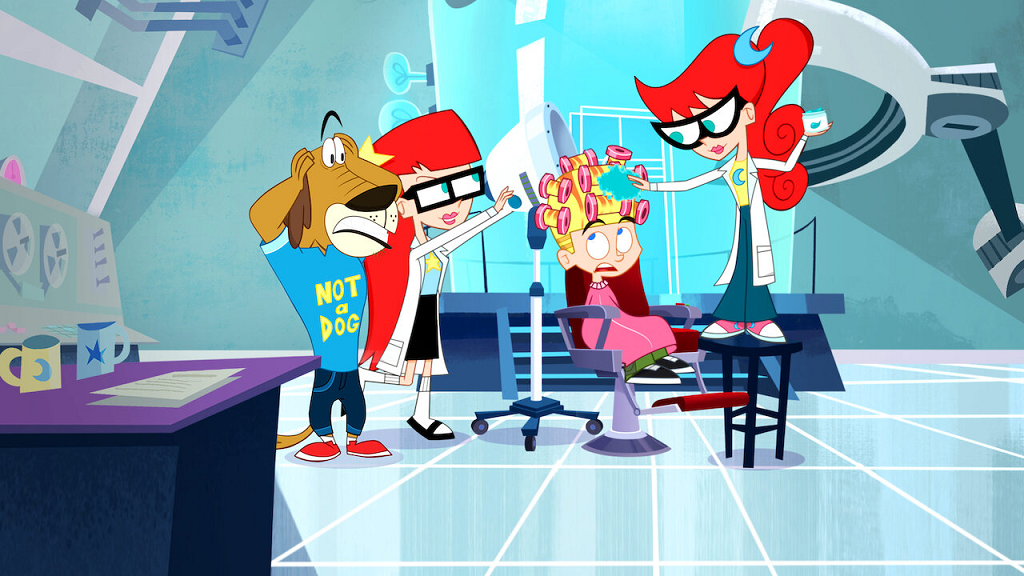 Johnny Test is an American-Canadian animated series created by Scott Fellows, who is also the creative force behind “The Moxy Pirate Show”, “Ned’s School Survival Manual”, “Big Time Rush”, “100 Things to Do Before High School”, and “Supernoobs”, as well as having been the main writer for “The Fairly Odd Parents” and “Chalk Zone”), produced by Warner Bros. Animation (Temp. 1), Cookie Jar and Atomic Cartoons (from season 2). The series follows the adventures of an 11-year-old boy, his two genius twin sisters (Susan and Mary) and their talking dog, Duke. The series will return to the virtual platform with unreleased episodes and an interactive special for 2021. Let’s find out more about it.

Johnny Test: All You Need to Know

When did Johnny Test premiere on Cartoon Network?

On September 17th, 2005, Cartoon Network welcomed Johnny Test, an 11-year-old character, who has plenty of enthusiasm and imagination. Let’s say Johnny has the typical dreams of any kid his age: driving giant trucks, being the smartest in his class, becoming a champion with his baseball team, having his own powers etc. But when his gifted sisters Susan and Mary come into play, things get out of hand! And it is that these two twins will make their dreams come true in exchange, of course, that he becomes their lab rat.

And having two sisters who are the only 13-year-old girls in the Porkbelly Mega Institute of Technology doctoral program couldn’t be easy. And this didn’t even spare Johnny’s dog, Dukey; a stinky but very friendly pooch that they took from the kennel and genetically modified. Now he is able to walk, and speak like a human being (somewhat like Family Guy’s Brian).

In a time machine, with a brain chip, through bionic prostheses or with advanced weight loss pills. What is clear is that Susan and Mary always find something to experiment with Johnny Test. Cartoon Network premiered Johnny Test on September 17th, 2005.

When did Netflix bring Johnny Test back?

The Canadian animated series Johnny Test from the WildBrain studio was renewed for two new seasons with 40 total episodes distributed in 11 minutes each for Netflix, as confirmed by the Kids Screen site.

15 years after its premiere, the show continued to find a new audience and the owner of IP WildBrain did not hesitate to commission two new seasons for the animated series that will premiere throughout 2021 in 4K format. In addition, interactive content with a 66-minute special was confirmed.

The proposal will pick up where the original left off in 2012, with precocious Johnny going on crazy adventures with his talking dog and his cool “mad scientists” twin sisters.

The studio chose to test the interactive format to increase the show’s production value and modernize the brand, said WildBrain president Josh Scherba. In keeping with this, WildBrain’s studio in Vancouver evolved the look of the show and used modern Harmony animation software to produce the series in 4K.

Aimed at children ages six to 11, the 2D animated show ran for six seasons. It was created by Scott Fellows (Big Time Rush) for Warner Bros. Animation and originally aired on Kids WB (Cartoon Network in other parts of the world) in 2005.

“Children all over the world have grown up with Johnny Test, and we see new audiences discovering the show on Netflix every day,” says Curtis Lelash, director of the Netflix original animated series.

When will the second season of Johnny Test be released?

If you loved Johnny Test when it came out many years ago, you should be happy with the fact that you can watch a modernized version on Netflix. After the massive success of season 1, a second season has also been announced. On top of that, there is going to be an interactive special which fans will definitely love.

Some people have referred to the children’s animated series as season 7, but in reality, Netflix is ​​labeling the new season as season 1, even though it technically counts as a rebirth rather than a reboot. The series was first announced as an original Netflix title in May 2020.

The show also comes with all the bells and whistles of a full Netflix Original title, including multiple voiceovers and audio descriptions. The first season premiered on Netflix on July 16, 2021. And yes, the show has been confirmed for (at least) one more season.

When it was announced that the show would hit Netflix, the streaming service issued a large (though not uncommon for children’s titles) request for the show.

In the case of Johnny Test, 2 seasons (expected to be 40 episodes) and an interactive special were requested. Season 1 came out with 20 episodes, so we’re hoping season 2 will end with the other 20 episodes.

Since they were commissioned together, it’s very likely that these episodes are completed or have been completed.

However, it’s not easy to predict when they’ll make it to Netflix. Netflix has yet to confirm when season two will air. Children’s titles tend to have much faster release schedules, usually 3, 6, or 12 months apart.

The interactive special is expected to arrive eventually and last for 66 minutes and will be paired with a number of other interactive titles on the service.