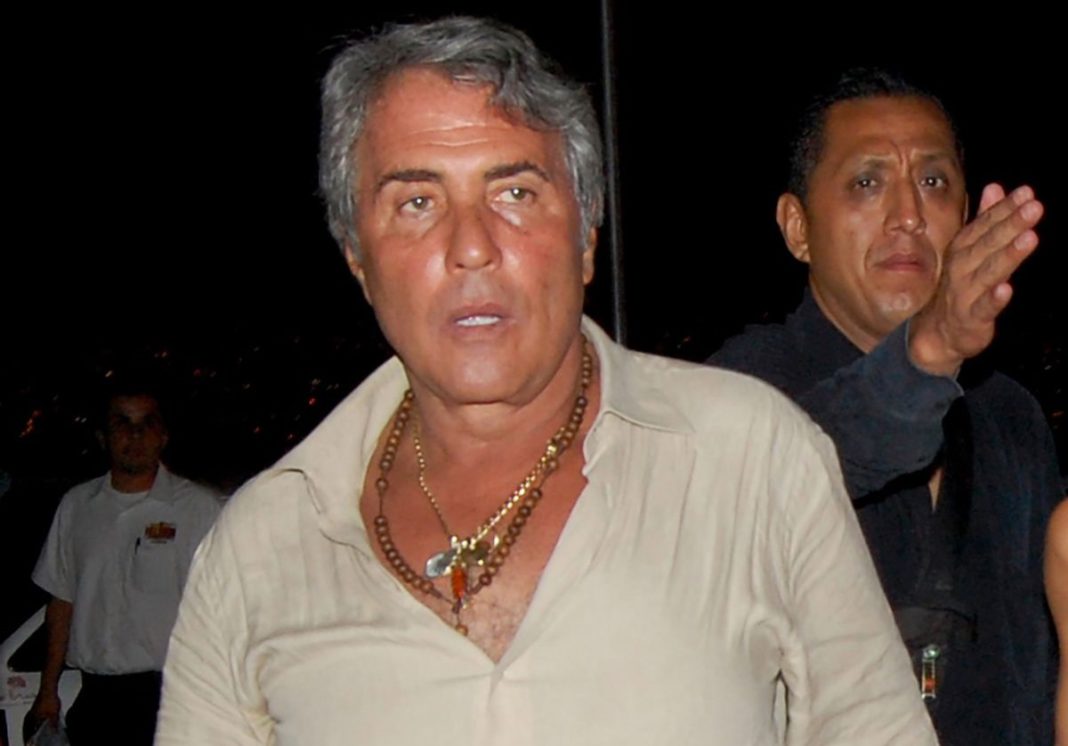 You might have seen the actor Jaime Camil playing the role of Rogelio de la Vega in Jane the Virgin, which brought him two nominations for the Critics’ Choice Television Award for Best Supporting Actor in a Comedy Series. It’s interesting to note that this was the moment his father Jaime Camil Garza who always wanted him to be a businessman, was proud of his acting career! Ofcourse, his father had a strong idea of success so you can’t blame the wealthy businessman for knowing what was best for his children.

The charismatic and esteemed businessman who was the father of the actors Jaime and Issabela Camil, lost his life in 2020 due to septicemia. Jaime Camil Garza left a great legacy in the world of business, politics, and entertainment.

1. He died from an infection caused by a virus lodged in the gallbladder:

Jaime Camil Garza was being treated in the port of Acapulco, Guerrero but soon suffered from a strong infection that could not be treated in time, so his family decided to transfer him to Mexico City, but were warned that it was not possible, as they would put his health at risk. As the doctors could not do anything, he died.

His son Jaime Camil limited himself to sharing a photograph of his father on his Instagram stories, thus revealing the pain of his death. For her part, Issabela shared a photo where she hugs her father and dedicated an emotional phrase to him, because despite not being the businessman’s biological daughter, he was always present in his life as a father figure, even giving her his last name when he married Tony Starr.

The wife of actor Jaime Camil Jr., also remembered her father-in-law with a message: “My beloved father-in-law, thank you for so many years of love, advice, and laughter. I will always carry you in my heart, remembering you with your magnificent charisma and the smile on my mouth. I love you adored mother-in-law, my matchmaker…may you continue to shine”, said Heidi Balvanera.

Social networks were flooded with messages from artists and politicians, who mourned the death of the businessman and offered their condolences to his children Jaime and Issabella and the name of the businessman was trending with the hashtag #JaimeCamilGarza.

Jaime Federico Camil Garza was born in the Lagunera region. He was the son of Jorge Camil Hage, a Lebanese living in Mexico, and Carmen Garza de Camil, originally from Nadadores, Coahuila.

3. A huge personality and career connections:

Jaime Camil Garza was one of the wealthiest businessmen in Mexico, having strong connections in the world of consulting, politics, and entertainment. The famous father of actors was even a personal friend of the Bush family in the United States and was one of the first investors to support Luis Miguel’s career.

Throughout his life, the businessman was always surrounded by famous people and owners of large companies. He often shared details of the lavish parties he hosted with his son Jaime, as well as showing off his properties, yachts, and horses to jet-set magazines.

In life, Camil Garza was a controversial character in Mexican politics and business, helping some people, but he was also involved in some scandals. It was in 2013 that his name appeared in a corruption scandal, related to the case of Siemens bribery of employees of Petróleos Mexicanos (Pemex).

Essentially, he was accused of being the consultant who had allegedly paid bribes on behalf of the German company Siemens to the Mexican oil company, Petróleos Mexicanos (PEMEX), an accusation against which he defended himself, arguing that his ties with the HSBC bank were due to the fact that he was a close friend of the owner of the credit institution. which is why he had his bank accounts there.

Siemens settled by paying $1.6 billion and pleading guilty to a criminal charge. However, Camil was identified as an intermediary in the payments by Pemex in a separate lawsuit against Siemens that same year, which was dismissed by the US courts. This was revealed in documents called Swiss Leaks, where thousands of characters were exposed who received money illegally through HSBC banks.

5. His friendship with Luis Miguel:

According to various sources, Camil Garza was the businessman who loaned Luis Miguel money to pay off a debt that the singer had with the Mexican treasury. Both families forged a good friendship, to the extent that Luis Miguel called Camil Garza “dad”; however, all the affection was dropped when “the Son” set his eyes on Issabella Camil, with whom he maintained a love relationship, but when the romance ended, he moved away from the Jaime Camil Garza, despite the support he received, for what was a dark chapter, which the family tried to leave behind.

But Luis Miguel has not been the only artist that Jaime Camil Garza supported, as it transpired that he was one of those who raised his voice to express his support for the children of the famous Mexican singer José José , so that the body of the interpreter was brought to Mexico. In addition, according to what he told the Ventaneando program at that time, in 2008 he helped the ‘prince of song’ to transfer his wife Sarita to the capital, when she suffered a stroke. It was also thanks to their efforts that the U2 group was able to come to Mexico.

Jaime Camil Garza married the Brazilian painter Cecilia Saldahna-Da Gama Pérez , with whom he raised his first-born, actor Jaime Camil. The marriage dissolved when Jaime was five years old, originally living with his mother in Brazil. Later, the singer also moved to Mexico at the age of 12 to live with his father.

Jaime began in the artistic environment against the will of his father, who wanted his eldest son to be a businessman, although later he supported him in his aspirations.

Shortly after, the millionaire met Tony Starr at the Mexican Bankers Club. They fell in love and married two years later in 1978 in a monastery near Bombay, India. The marriage produced two children: Jorge and Alexa Camil Starr.

In addition, Jaime became a father to the children of Tony’s two previous marriages: Kali and Erika Sotres Starr (Issabela Camil), who are daughters of businessman Armando Sotres. It is thought that the latter changed her name and surname to have greater recognition in the world of entertainment, as she also decided to become an actress.

Issabela has appeared in films such as The Hours with You and Flying Low , and participated in Cappadocia, Teresa, Mujeres Asesinas, and almost a dozen other television shows.

Some years ago, Tony Starr Camil faced one of the most adverse moments in her history, diagnosed with throat cancer, which she managed to overcome after difficult medical treatments and with the help of her husband Jaime, whom she described in his own words such as: “A saint. The first three weeks after the operation I could not walk, speak, or eat, because I did not have a prosthesis, so he took great care of me. Today we laugh, because I tell him that he was my full-time nurse, he was incredible with me, I thank him with all my heart”.

The love between them was so great that until the last day of the businessman  the couple treated each other and loved each other with the same affection as always and a proof of that is the union between all their children.

His son Jaime is the best known of the Camil family, who gained great fame after appearing in well-known soap operas such as Just Cazado, Amor a Primera Vista, and 7 days.

7. Recognized as one of the richest men in Mexico:

Jaime Federico Camil Garza was one of the wealthiest businessmen in Mexico, in addition to being the father of the renowned actor Jaime Camil, he had strong connections in the world of consulting, politics, and entertainment. The Mexican was often seen in publications of the Mexican jet-set showing his luxurious properties, horses, and yachts.

The average casino gambler will have more losses than wins. It's because the gambling business model sets the house up to win, and any...
Read more
About

You see them shaking their heads on the dashboard, but did you know these facts about the dachshund bobblehead history and how they connected...
Read more
About

Stamen Grigorov who was born as Stamen Gigov Grigorov was a Bulgarian microbiologist and doctor. He was the first scientist to describe the bacterium...
Read more