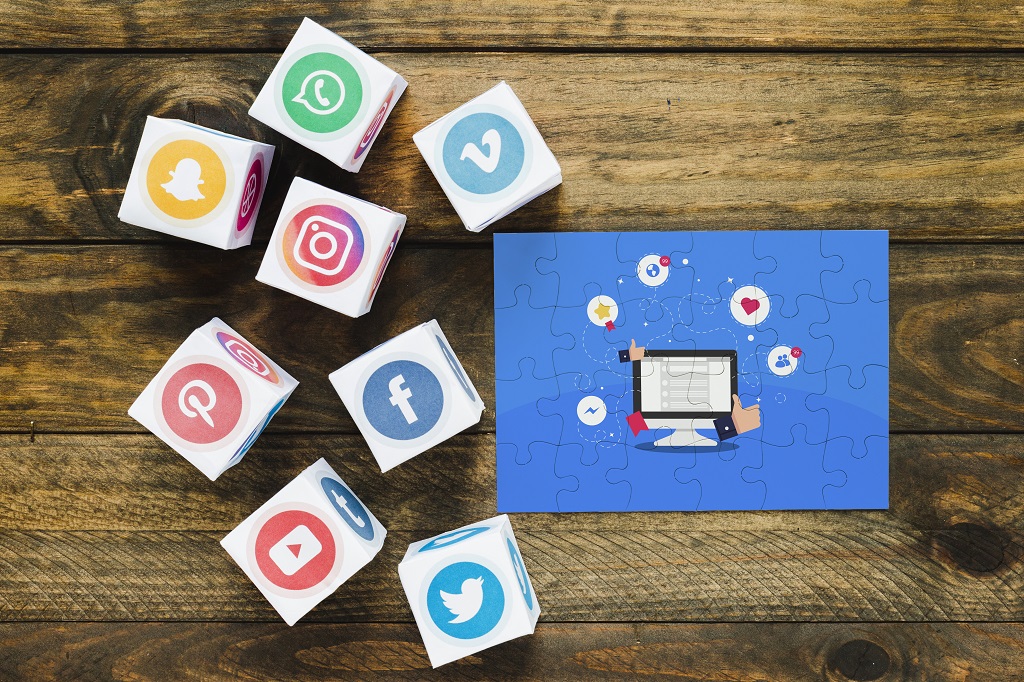 In today’s environment, social media platforms have become increasingly significant. The use of these platforms has broadened significantly over the years, from posting a photo or video to posting or seeking jobs.

While social media platforms give a plethora of free services, it is indeed fascinating to see how these internet behemoths make billions of dollars every year.

Most of these apps are free in the app stores, but they do provide some value-added features for a fee. Besides that, advertising contributes significantly to these brands’ annual earnings.

The Facebook business strategy is centred on providing tools and services for billion active users for free, and afterwards earning profit by allowing businesses to show ads to Facebook users. Advertisers pay the price set by Facebook in an auction based on supply and demand.

This implies that individuals who utilize Facebook’s services (users) are not the ones who pay for them. Small companies who advertise on Facebook’s family of applications are the primary customers. With the launch of the first iteration of its e-commerce tools, Facebook Shops, Facebook’s focus on small companies became much more clear. Mark Zuckerberg, the founder, CEO, and controlling shareholder of Facebook, aggressively built the company of a little initiative started in his college dorm room to a social media behemoth over the years.

Nevertheless, the same aggressive strategy that propelled Facebook to the top, along with intrinsic flaws in its economic model, appears to be one of the reasons for Facebook’s embarrassing privacy and security breaches. Facebook’s previous issues were not one-time occurrences, but rather a decade-long pattern of conduct in which the company exhibited complete contempt for people’s privacy and security. All of this culminated in the well-known Cambridge Analytica scandal, which resulted in what seems like a $5 billion fine from the Federal Trade Commission in 2019.

Despite its history and present problems, Facebook’s company is doing incredibly well. With the COVID-19 epidemic, sales increased by 22% to $86 billion in 2020. It had a profit margin of 38% and a net income of $29 billion.

YouTube makes the majority of its money through advertising. YouTube also generates money from premium subscribers. Aside from that, YouTube takes a cut of the money that the producers make from Super chat, channel subscriptions, and other sources.

California, USA is the company’s headquarters. In 2005, the company was established.

Advertising on the company’s platform, where corporations, brands, as well as candidates can promote themselves, accounts for 18% of the company’s revenue. LinkedIn’s income across India in 2018 was Rs 548 crore, according to data. California, USA is the company’s headquarters.

WhatsApp, the most popular free software mostly on the App Store and Google Play, makes money in two ways. The first would be through a ‘WhatsApp Business API membership,’ as well as the second is via a ‘Click to WhatsApp ad.’

WhatsApp’s premium features include ‘Bulk SMS’ and ‘Auto SMS,’ which are useful for corporate users. This corporation makes a profit from these services. Aside from that, you may have noticed several advertisements from businesses offering a direct WhatsApp connection. The service also is paid for by WhatsApp. California, USA, is the headquarters. 2009 was the year that this app was established.  37,000 crores are their revenue (Estimate of the year 2020).

Twitter earns money from two major sources. While advertising services provider for 86 per cent of Twitter’s revenue, data licensing and other sources account for 14 per cent.

Product promotion, tweet promotion, account promotion, and trend promotion are all examples involving advertising services. A subscription model is also available for those who want to see historical and real-time data on Twitter. California, USA is the company’s headquarters. Rs 28000 crores are their revenue.

Advertising as a Source of Income

This isn’t a groundbreaking insight, but it’s critical: if you don’t pay for the product, this same product is you. The real deal would be that a media firm is renting your eyeballs to its marketers, not providing you with entertainment in the form of a free momentary distraction manufactured at considerable expenditure by a media corporation.

For so many people, the television industry is the most visible manifestation of this truth. CBS does not produce a new episode of NCIS every week solely to satisfy you, the demanding viewer with an insatiable appetite for passive entertainment. This is because you and 12 million other individuals would watch that program and, as a result, pay at least oblique attention to the 16 minutes of advertising strewn throughout it.

But there are more effective techniques to grab customers’ interest for a car manufacturer or fast-food restaurant, as CBS and its rival networks are well aware. Well before the spectator, media businesses care about pleasing the brewer.

The True Purpose of Social Media

Advertising isn’t merely a way for Facebook and its peers to supplement their income while hosting family images and personal musings. It’s the whole point of the site, and it’s the same with Twitter and LinkedIn.

Twitter’s role as a source of real-time, unfiltered, democratized information about everything from celebrity charges to international political upheaval may be crucial to the current interchange of ideas, but it’s secondary to keeping advertisers happy. Take Twitter’s word for it, as stated in one of the company’s SEC filings.

From the standpoint of the consumer, advertising was once a technique to get a finished product at a significantly discounted price. Without inserts and placements, magazine and newspaper retail and subscription rates would have to be triple what they are now. Such publications would be unprofitable because the price increase would inevitably reduce the number of copies sold to almost zero.

The same may be said for traditional television and, more importantly, social media platforms. In principle, Facebook could simply bill its $8.52 average global revenue per user towards the user on a subscription basis. The difficulty is that imposing a price would indeed cause millions of people to quit their accounts—or never agree to pay the subscription fee in the very first place—but it would also hinder the prospect of further dynamism and growth.

To grow from 300 million users to 2.5 billion and even beyond, a social media site’s access must be simple, virtually effortless, and most importantly, free. Using an advertiser-supported model, rather than charging each user individually, is without a doubt the most efficient way for Facebook to gain as many users as possible. The more users there are on-site, the more the advertisers would be willing to engage them, and the more money they are ready to spend.

Gaming on mobile has improved a lot with the advancement of technology. Android games have come a long way and are hitting new heights...
Read more
Tech

10 Uses of Technology in the Present Age

Using tools such as the internet and email for communication, word processing, spreadsheets, presentations for office productivity, electronic databases for record-keeping, and robots and...
Read more