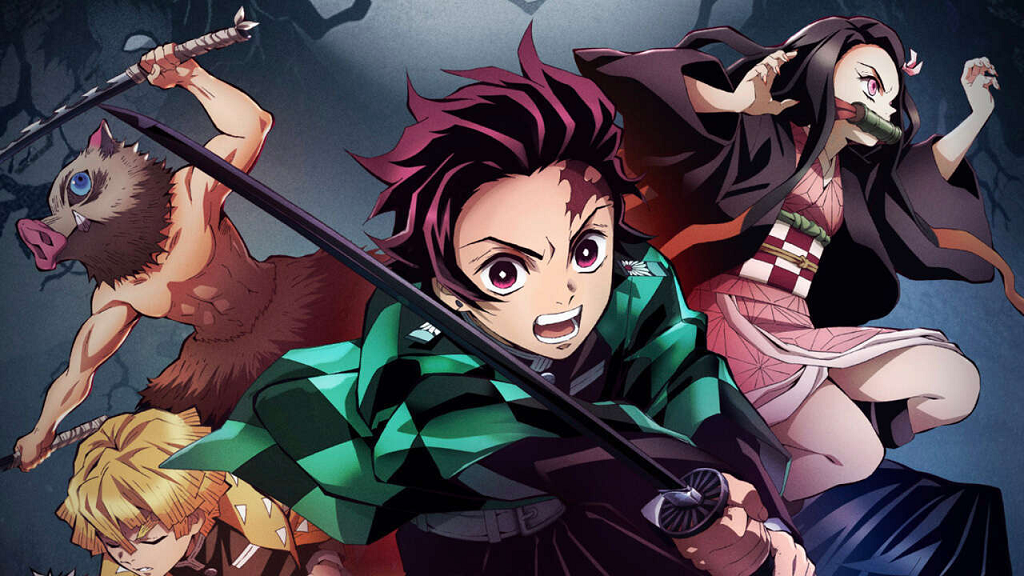 The popular anime ” Demon Slayer: Kimetsu No Yaiba ” had a successful sequel in theaters in Japan last year and has once again brought anime about demons to the fore. Not only has it managed to be a 2020 world box office premiere, grossing more than $ 469 million worldwide, but there are plans to return to anime with a second season this year. So if you’re wondering how many seasons of demon slayer are there? Then you’re about to find out below!

A production made by the Japanese studios Ufotable and that brings the adventures of the young demon hunter Tanjiro Kamado to the screen, in the first season made up of 26 chapters, each lasting around 23 minutes.

This leads the viewer to an agile, colorful, and, at times, violent story that has its starting point a little before the demons appeared in Tanjiro’s existence when he lived peacefully with his mother and brothers in the mountains.

Demon Slayer: Kimetsu no Yaiba, the manga created by Koyoharu Gotōge and first published in 2016, joined the select group of Japanese comics that exceeded 150 million copies in circulation.

On June 4, 2018, the anime adaptation by studio Ufotable was announced in the 27th issue of Weekly Shōnen Jump.

The animated television series which was directed by Haruo Sotozaki ran for 26 episodes, broadcast from April 6 to September 28, 2019.

Twenty-six chapters make up the first season of space focusing on the adventures of young demon hunter Tanjiro Kamado through Japan, produced by Ufotable from April to Sept.

A sequel film, Demon Slayer: Kimetsu no Yaiba the Movie: Mugen Train, was released in October 2020 and became the highest-grossing anime and Japanese film of all time.

The Japanese anime tv series became one of five recipients of the Special Achievement Award at the 62nd Japan Record Awards In 2020.

A sample of the fanaticism that shortly before had been exemplified by the fact that the film Demon Slayer: Kimetsu no Yaiba the Movie: Mugen Train became the anime feature film and the highest grossing Japanese film of all time, after its premiere in October 2020

A second season will premiere in Q4 2021 titled Demon Slayer: Kimetsu no Yaiba.

The anime series adaptation by studio Ufotable is returning and will run for two consecutive hours.

The anime will once again be directed by Haruo Sotozaki with the help of Akira Matsushima returning as character designer.

The second season will also see cast members returning to reprise their roles.

What is Demon Slayer about?

A character called Tanjiro joined an organization of demon hunters in hopes of finding a cure for his sister, Nezuko. The organization is called Demon Slayer Corps. This group has existed since ancient times. The main goal of the organization is to protect humans from demons.

Joining the Demon Slayer Corps is free to anybody, but they must first pass the Final Selection, which is a test or entrance exam in which participants must endure and resist for seven days on a mountain full of demons. They will not get help from the outside world. Once they pass the exam, they will be able to join the organization where they will be divided into ten ranks.

In the beginning, the main character Tanjiro travels to the nearest town to sell coal. However, he cannot get home before dark and must sleep at the house of a neighbor, who tells him about demons that visit the place, evil beings that his grandmother once told him about.

Although at that moment the boy does not pay attention to what a simple story creates, when he reaches his home he discovers with horror that his family has been attacked and eaten by a demon, his sister Nezuko barely saved alive.

Amid tears, Tanjiro sets out on a journey through the snow, with his sister on his back, to find help. But the young girl is no longer the same, because after the attack she began to turn into a creature hungry for human flesh.

However, the appearance of a stranger saves the teenager. This is a demon slayer swordsman, named Giyū Tomioka, who is surprised by the boy’s physical ability and because Nezuko, despite being an assassin, protects his brother.

An event that leads Tanjiro and his Nezuko in search of Sakonji Urokodaki, the trainer, who, at Giyū’s request, will turn the boy into a potential demon slayer. A sacrificial preparation of almost two years will finally pay off.

Touring Japan as a Demon Hunter:

Thus, after passing a final test on a mountain crowned with creatures hungry for human flesh, Tanjiro manages to obtain his title of Demon Slayer, as well as his uniform, his katana, and the raven that will become his messenger.

A bird that tells him where to go to carry out his work, in towns and cities, and always in the company of Nezuko -who can replenish energy when sleeping-; like when you must travel to Tokyo and marvel at how modern the city is at the beginning of the 20th century.

A place where he will meet two key characters in his adventure: Muzan Kibutsuji, the millennial first demon that can move among humans, and Ms. Tamayo, a doctor who was turned into a demon by Muzan, but managed to control the curse.

Just a sample of the extensive list of humans and murderous creatures that are added to the story with the passage of the chapters, as Tanjiro travels through Japan, fighting against evil while looking for a way to reverse Nezuko’s situation.

An unmissable series not only for fans of Koyoharu Gotōge’s manga, or anime in general but also for any viewer with a trained criterion who wants to enjoy a program that leaves no room for boredom thanks to its unstoppable story.

The one that also has the unmissable share of comedy and some of the most beautiful backgrounds and settings of the genre -such as its snowy forests, flowering trees, or a luminous Tokyo at night, as well as a remarkable level of animation.

Share
Facebook
Twitter
Pinterest
WhatsApp
Previous articleWhich Ear Is The Gay Ear? It’s The Left, Here’s Why!
Next articleWhat is the Rose Sex Toy and Why Has It Become a Phenomenon on Social Media?