Gilmore Girls A Year In The Life 2 Not Happening Soon! (2022 Update) 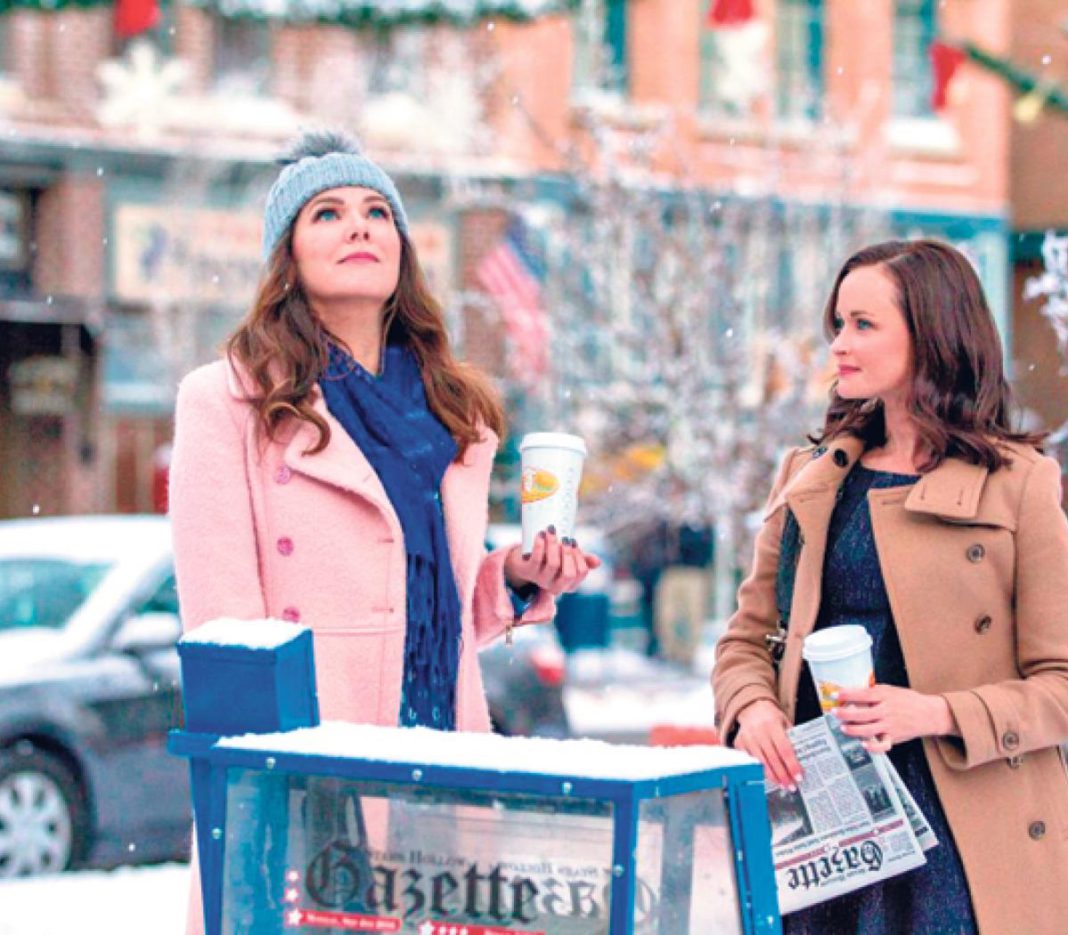 Gilmore Girls A Year In The Life 2 Won’t Happen, Here’s Why!

So why can’t they do it again? Let’s find out!

Gilmore Girls A Year In The Life 1:

Here’s a reminder to pick up where you left off with the Gilmore Girls:

Lorelai Gilmore ( Lauren Graham ), a young woman born into the affluent and extremely codified milieu of the American upper middle class, had the bad taste to fall pregnant at the age of sixteen, destroying in the process all the plans that her parents Emily (Kelly Bishop) and Richard (Edward Herrmann) had done for his future.

Lorelai leaves the parental home and gives birth to a baby girl, Rory (Alexis Bledel), whom she decides to raise on her own, having refused to marry Rory’s father Christopher (David Sutcliffe) despite adult pressure.

Sixteen years later, as the series begins, Lorelai is the manager of a charming little country hotel and dreams of one day opening her own establishment with her friend Sookie (Melissa McCarthy), currently in charge of the kitchens of the hotel. hotel. Lorelai and Rory have settled in Stars Hollow, a small town populated by characters straight out of a Fellini movie. Living there are among others Luke (Scott Patterson), the owner of the diner who is always there when you need him, Lane (Keiko Agena) and her mother who runs an antique store, the only Koreans in this lost part of Connecticut and Taylor (Michael Winter), mayor of the city and owner of the supermarket.

Lorelai has created a warm and comfortable life for herself and if it weren’t for the fact that her daughter Rory is a bright student with Harvard views on the horizon, Lorelai could have spent the rest of her life away from her parents. But when Rory is accepted into a super-exclusive, super-competitive, and super-expensive private school, our protagonist is forced to reconnect with Richard and Emily, which brings all the old grudges to the surface and reopens the old wounds.

The Most Expensive Cameo In “A Year In The Life”:

All the original team came back: Amy Sherman-Palladino (the creator), of course, the Gilmore Girls Lauren Graham, Alexis Bledel and Kelly Bishop, but also the secondary and tertiary roles; everyone said yes, even busy Jared Padalecki with his own Supernatural series but it was Melissa McCarthy (the most bankable actress at the US box office) who was arguably the most expensive cameo in Netflix history.

The only missing person was Edward Hermann, the father of Lorelai, who died two years ago of a brain tumor.

A Year In The Life, picks up the story several years later, when Rory was thirty-two years old and has a life of her own, and takes us, during four one-and-a-half-hour episodes, through the seasons of Stars Hollow. The series looks at Herman’s death with a lot of emotion and delicacy, but also at Lorelaï’s complicated relationship with her mother, at the ills of today’s young professionals, and at the constant effort that everyone must do to find happiness.

Gilmore Girls had to cultivate their garden wholeheartedly. Beneath its candy box appearance and its 200-minute replies, the series touches on rather painful and quite ordinary personal subjects. A magnificent love letter to everyday life, to the strangeness of everyone, and to parents who do their best and regularly fail, written with all the wit and elegance for which they are known. We missed you girls.

Until the time is right and cast schedules to line up, both 1) Gilmore Girls and 2) Gilmore Girls: A Year in the Life are available to stream on Netflix.

Gilmore Girls A Year in the Life 2 Plot:

Gilmore Girls: A Year in the Life answered many questions for fans after the original series ended in 2007. Lorelai and Luke Danes’ (Scott Patterson) wedding has finally happened. Rory’s career took a few turns before she returned home to Stars Hollow to write a book about her life with Lorelai.

However, with the answers also came new questions. The biggest being who is the father of Rory’s baby. Given the way Gilmore Girls: A Year in the Life ended – on a cliffhanger with Rory telling her mother the last four words – fans want a sequel.

The main question is who did Rory get pregnant with? Is it Logan? Jesse? The Wookiee?

Gilmore Girls A Year in the Life 2 Release Date:

According to the show’s creator Amy Sherman-Palladino her future series ‘Gilmore Girls: A Year in the Life 2’ is dependent on one thing: ‘it’s all about timing’, and if the show should return or not has not been ruled out by the creator.

As she told Us Weekly in March 2022, she enjoyed reuniting with the cast but everyone is busy doing other things right now.

“[ Gilmore Girls: A Year in the Life ] was so much fun, and to be back was really like a family reunion,” the Marvelous Mrs. Maisel creator said. “But everyone is doing [other projects].”

She continued, “Lauren is going back to The Mighty Ducks now, and Alexis is off to Alexis’ world doing The Handmaid’s Tale and raising kids and being, you know, gorgeous.” Kelly Bishop, her show just got picked up. You just have to move to Chicago. Yeah. It’s like everyone is working, which is boring for us, but nice for them, you know?…..”I know it sounds like bulls**t at this point because I keep saying it, but it’s really all about timing,” she said.

“It is absolutely not out of place. The stars just haven’t aligned yet,” she concluded, stating that if the cast could join shooting again, Amy would do Gilmore Girls A Year in the Life 2 “in a hot second.”

Gilmore Girls A Year in the Life 2 Cast:

Several ‘Gilmore Girls’ cast members who are responsible for Gilmore Girls A Year in the Life 2 not going forward with planning have at least announced that they will be returning for a sequel.

Gilmore Girls cast members are eager to participate if Gilmore Girls: A Year in the Life 2 arrives. Scott Patterson is all too ready to don a backwards baseball cap and a flannel shirt to play Lorelai’s love interest and local restaurant owner once again.

“Obviously there was a reason they did this, which is why I think, and I’m optimistic, there will be more episodes,” he told Hollywood Life, referring to the end. “Because they wouldn’t have just done that and dropped out and ended the show. That would be a dirty trick, wouldn’t it? So let’s wait for some answers.

On the same note, Lauren Graham is also fully determined to play Lorelai again. She even has a clause in her contract that says she can put a project on hold for a potential Gilmore Girls: A Year in the Life sequel.