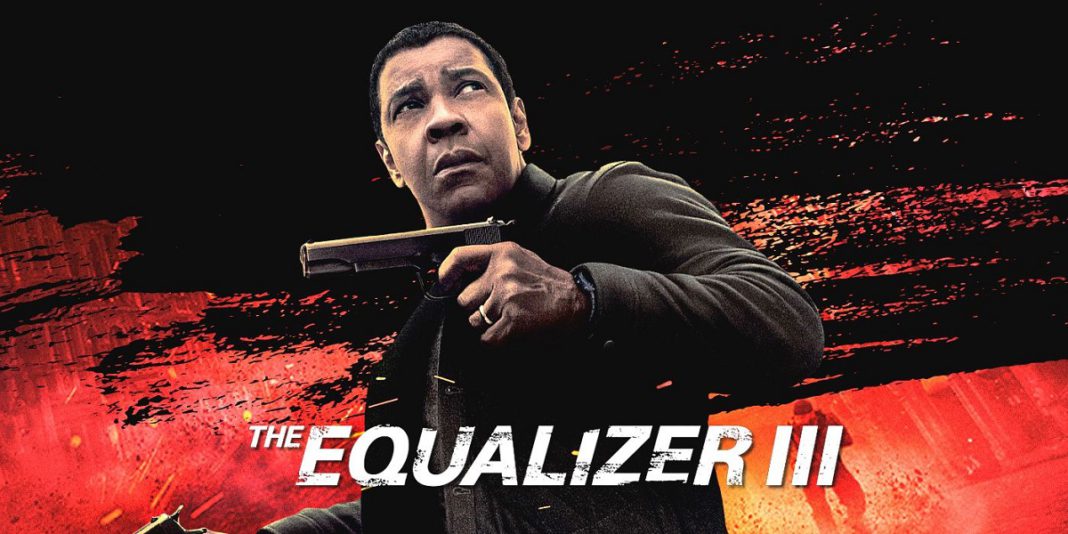 The Equalizer 3 comes from director Antoine Fuqua belonging to the rare but hallowed subgenre of “Denzel Washington Who Beats People Up”. Based on the eponymous television series by the same name in the 1980s, The Equalizer was written by Richard Wenk, produced in 2014, and directed by Antoine Fuqua. The American action-adventure film recently came out with their third edition of the same: namely, Equalizer 3. The action film was originally a huge blockbuster hit, starring Denzel Washington, but the image of the key antagonist was embodied by Marton Csokas. Let’s look at some interesting things about the movie in addition to learning more details about Equalizer 3.

The release of The Equalizer 3 on Netflix was officially confirmed by Denzel Washington in 2022 and is marked for 1st September 2023 for Sony Pictures.

Based on the 1980 series of the same name, The Equalizer, released in 2014, follows Robert McCall as he attempts to free a young woman from her run-in with mobsters. Russian

Needless to say, we were eager to hear about a third installment whose rumours have been hot out of the press. When the second film was released, it revived the curiosity of fans for the launch of The Equalizer 3!

While The Equalizer 2 was generally not as critically acclaimed as the first film, it still did decently well at the box office.

In that case the Equalizer 3 release date of 1 September 2023 should mean more ticket sales!

Equalizer 3 plot, what can we expect next?

Plot details for The Equalizer 3 currently involve a more international scene but with filming taking place this year, audiences can expect to receive more information in the coming months. “In my mind, there is a European adventure, absolutely,” the director prophesied a couple of years ago about the future of the Equilizer saga. “In my mind, that is what I would like to see in Europe, in the future. God willing”.

Given that Washington is now almost 70 years old, it is likely that Equalizer 3 will be his last role in Robert McCall and that the film will serve as a farewell to the character.

The third film is written by Washington-himself and long-term writer Richard Wenk and produced by Todd Black, Steve Tisch, and Jason Blumenthal.

Longtime Equalizer and collaborator and director Antoine Fuqua returns for the third installment to partner with Washington again – In 2014, thirteen years after Denzel Washington and Antoine Fuqua achieved critical, public and academic acclaim with the fantastic ‘ Training Day ‘, they worked together again on ‘ The Equalizer.

“They’ve written the third Equalizer, so I’m scheduled to do it,” Washington himself tells Collider. “I mean, I’ve got to get in shape and start beating people up again. I’ve got to do Macbeth and then go and beat up some people. Can’t get any better, right?”

In full promotion of ‘ Macbeth ‘, the precious adaptation by Joel Coen in which he stars alongside Frances McDormand, the actor has also premiered ‘ Small Details ‘, a police thriller written and directed by John Lee Hancock and with Washington alongside Rami Malek and Jared Leto as protagonists, a title that has become the highest-grossing R-rated film since the confinements due to the CODIV-19 pandemic began.

Although the return of Antoine Fuqua as the director has not yet been confirmed, Denzel Washington is already preparing for the shooting of ‘The Equalizer 3’. He will be joined by well-known actress Dakota Fanning.

A scandal in Russia was avoided thanks to this trick:

When it was released on September 25, 2014, the Russian dubbing carefully removed all references to the “Russian mafia” and the word “Pushkin” was renamed “Pushkevich”, and the final duel was moved from Moscow to Ireland.

The Equalizer was almost given to Russell Crowe:

In December 2011, it became known that the action packed film would be financed by Sony Pictures Entertainment and Escape Artists, and Robert McCall would be played by Denzel Washington. In 2010, Russell Crowe was considered for the role of Robert McCall and in June 2010, Russell Crowe was cast in the role of Robert McCall. In December 2011, Sony announced that Denzel Washington would take on the role instead of Crowe. There were also changes in the choice of directors when negotiations with Antoine Fuqua only began in March 2013, shortly before filming began, after Nicolas Winding Refn and Rupert Wyatt had to cancel due to scheduling difficulties. In fact, Antoine Fuqua joined the project on March 21, 2013, and reunited with Denzel Washington more than 10 years after Training Day (2001).

The Equalizer was re-written to cast Chloë Grace Moretz:

Director Fuqua was so convinced of Chloë Grace Moretz that he made the film’s character Alina younger especially for her, after initially looking for an older actress. Therefore by May 10, 2013, it was announced that Chloe Moretz would play the prostitute Teri in the film.

On May 31, 2013, Melissa Leo who joined the cast of the film and played Susan Plummer here, had already played another role in an episode of the original series.

The Equalizer was filmed in the USA but first premiered in Canada:

Filming began in June 2013 and took place in Boston, Massachusetts: in the cities of Havenhill, Ipswich, South Hamilton, Salisbury and Chelsea. A year later, The Equalizer premiered at the Toronto Film Festival on September 7, 2014. In the US, the film was released on September 26, 2014.

The numbers made it the director Antoine Fuqua’s best US debut but even looking at it internationally, Equalizer records a total worldwide revenue of $192,330,73821 which can also be calculated at 190 million dollars.

In the United States, with nearly $100 million dollars, it is doing better and finally, thanks to its good score in the rest of the world (91 million), it collects sufficient receipts (192 million dollars) to make it a profitable film in view of its budget (55 million) and led its sponsors to consider an Equalizer 2 (2018).

The film’s soundtrack includes the song “Guts Over Fear” by Eminem and Sia.

A special watch was used for this film:

The protagonist uses a watch from the Finnish company Suunto, model Core All Black.

The stopwatch is shown in large numbers on the display. The standard model does not have this option. The clock was modified specifically for the filming of the film for visual clarity.

One of the 91 books that the main character reads is The Old Man and the Sea by Ernest Hemingway. The name of another one can be indirectly guessed when, in a dialogue with Alina, McCall tells her that he is reading a book about “one guy who thinks he is a knight in shining armor, although the era of knights has passed.” Probably Don Quixote. Finally, in the final shots, another book is shown – this is The Invisible Man.

The fantastic ‘ The Equalizer 2 ‘ (2018) came to our screens as the first sequel in the careers of the two filmmakers and, probably for this reason, powerful enough to once again draw the attention of those who enjoyed the first and convert new followers along the way.

A wild, tough title with a final climax that abandoned the “city vigilante” genre to travel to the purest western, it made us fans wonder if we will see the character again after his big farewell? Luckily the third part is already confirmed.

The Equalizer was given mixed to positive reviews:

On Rotten Tomatoes, the film received a rating of 61% based on 171 reviews. In summary, the website said, “The Equalizer is more stylish and brutal than meaningful, but with Antoine Fuqua behind the camera and Denzel Washington as a fighter for justice, the film delivers”.

The movie has a weighted average score of 57 out of 100 based on just 41 reviews which showed mixed reviews.