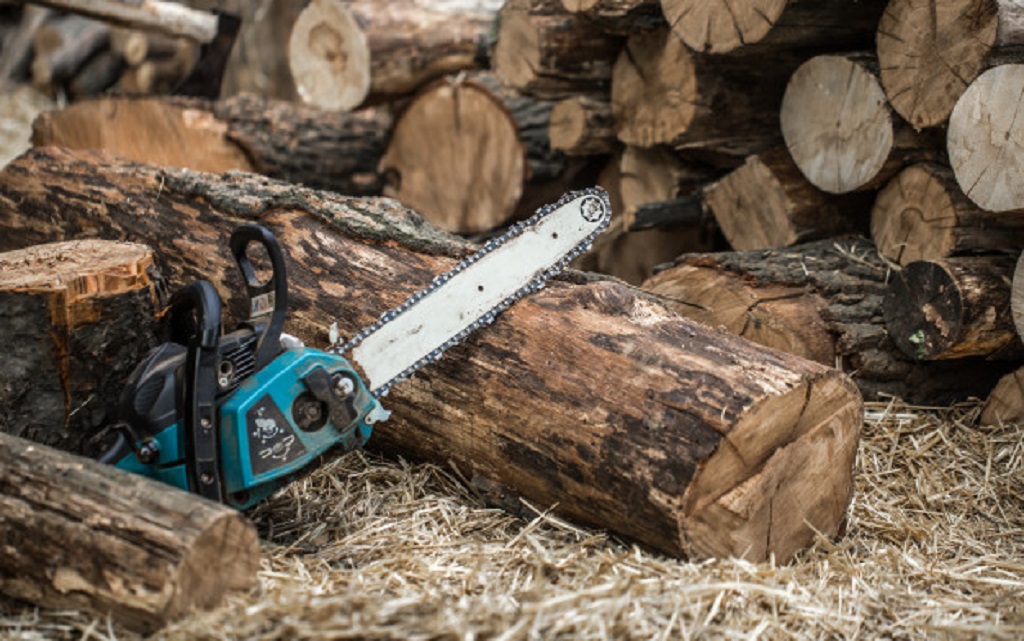 When you hear the word “chainsaw”, what comes to your mind? If you are a fan of horror movies, you might think of the Texas Chainsaw Massacre series of movies. If you are a heavy metal fan, you might think of the song Chainsaw Charlie (Murders in the New Morgue) by W.A.S.P. If you are a lumberjack, you might just see it as a tool that helps you with your livelihood. Whatever comes to your mind when you hear the name, you must wonder why this incredible machine was invented. And after you read through the answer in this post, you are bound to be shocked. No, you won’t run away screaming in terror like Marilyn Burns in Texas Chainsaw Massacre, you will just be shocked. So without further ado, let’s pull on the cord and get this post’s engine rolling.

The Invention of the Chainsaw: How did it come to be?

What is a chainsaw?

A chainsaw is a portable and powerful saw that uses a set of teeth attached to a rotating chain to cut through objects. The chainsaw is usually petrol, electricity or battery powered. A chainsaw is widely used in activities such as tree felling, limbing, bucking, pruning, cutting firebreaks in wildland fire suppression, and harvesting of firewood. A lot of specialized chainsaws are also used by artists and factory work in chainsaw mills and chainsaw art studios. Reinforced and specialised chainsaws can also be used to cut through concrete during construction work. They are also used on frozen lakes to help with winter swimming. Chainsaws are also used for ice sculpting. None of that can prepare you for why these incredible machines were actually invented.

Why were chainsaws invented?

Now that we have taken a brief look at what the chainsaw is and what it is used for, let’s delve into why they were invented. Even though a majority of chainsaw usage is restricted to the lumbering industry, the machine was invented in an arena that couldn’t be further from it. When you picture a chainsaw, the typical uses that come to mind usually have to do with wood (and, you know, chopping it). The chainsaw was invented by two Scottish surgeons named John Aitken and James Jeffray. This terrifying machine was invented in order to help them with their job, cutting through human bone and flesh. And not for amputating necrotic tissue, but to help with childbirth instead.

Let’s not mince words here, childbirth is difficult. Even with modern day tools and anesthetics such as nitrous oxide and morphine, it is hardly anything but an extremely tiring and difficult process. However, it was decidedly more difficult in the 18th century. Anaesthesia wasn’t fully developed and surgical tools were a far cry from today’s precision tools. As a result of that, childbirth was inherently dangerous, both for the mother and the child. Sometimes babies come out feet first or might get trapped in the birth canal. Doctors had to widen the pelvic area by cutting through some of the cartilage and bone. The surgeon duo found that a sharp knife just didn’t do the trick in a timely fashion, and in an incredibly unbelievable manner, invented the chainsaw which was faster, more precise and more humane. Yes, we know it sounds strange. Using chainsaw on people seems to be stuff that we can find in terrifying slasher movies. However, this procedure was even given a name, symphysiotomy. This procedure was carried out on pregnant women during birth. This was commonly used until the modern day caesarian procedure became widely accepted and practised.

Symphysiotomy is a surgical process that involves slicing through the cartilage and ligaments of a pelvic joint to widen it and allow the baby’s delivery whenever complications develop during the natural birthing process. However, the process was quite dangerous and brutal. Women who went through the process had high risks of infection, pain, bladder injury and even long-term walking difficulty. It served as a commonly used surgical procedure for helping during obstructed labour from 1597. However, with the rise of the much safer caesarian style assisted births, the maternal death rates dropped significantly and symphysiotomy was eventually abandoned for modern day practices which provided much better techniques and hygiene.

So that was the weird origin story of chainsaws. Hopefully, you were as shocked as we were when we found out the reason why chainsaws were invented. Texas Chainsaw Massacre featured gruesome scenes and the screaming Marilyn Burns (in the original movie) and Alexandra Daddario (in the most recent iteration) portrayed an image of absolute dread and terror around the chainsaw. However, you might have realised that just like everything else, life is usually more brutal than fiction, and the origin story of the chainsaw is no exception.