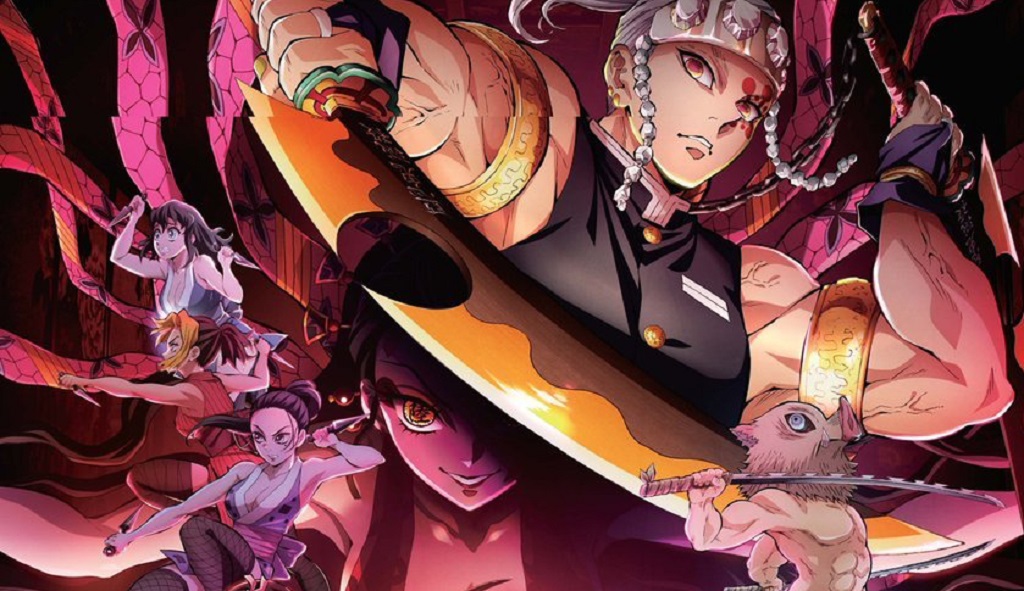 Haruo Sotozaki is returning to direct Demon Slayer Season 2at Ufotable and Akira Matsushima is returning as character designer. Season 2 will be broadcast on 30 stations and channels, comprising Fuji TV and Tokyo MX, covering most of Japan.

Demon Slayer is a fantastic series set in the Taisho era, the story centers on Tanjirō Kamado, an intelligent and kind-hearted young man who lives with his family in the mountains. He has become the only source of income for his family after the death of his father, making trips to the nearby town to sell charcoal and vegetables. Everything changes when, after one of these trips, he returns home only to discover that his family has been attacked and killed by a demon. Tanjirō and her sister Nezuko are the only survivors of the incident, with Nezuko transformed into a demon, but still showing signs of human emotion and thought. After an encounter with Giyū Tomioka, a demon slayer, Tanjirō is recruited by him and sent for Sakonji Urokodaki, another member of the Demon Slayer Corps, to teach him how to become a demon slayer as well, and begins his quest to help her sister to become human again and avenge the death of the rest of her family.

Demon Slayer anime was directed by Haruo Sotozaki, with scripts by Ufotable staff, music by Yuki Kajiura and Go Shiina, and character design by Akira Matsushima. The anime was streamed on Crunchyroll, Hulu, and FunimationNow. AnimeLab simulcast the series in Australia and New Zealand. After season 1, the show got a lot of attention and there was an announcement regarding the release of Demon Slayer Season 2.

Season 2 of Demon Slayer, is set to continue the story of Tokyo’s Yoshiwara on a dangerous new assignment that he has to accomplish. Season 2 is making a definite return this year all thanks to its anime’s big return.

The poster was shared earlier today in Japan at an event dedicated to Demon Slayer: Kimetsu no Yaiba. The event, which was announced earlier this month, took time to reveal a short PV for fans as well. It focused on our usual heroes as Tanjiro is at the forefront with Nezuko, Inosuk, and Zenitsu. That being said, the characters found further up the poster are all dedicated to the Entertainment District arc specifically. So if you have yet to read the manga, these characters might seem unfamiliar to you but according to Wikipedia, the cast members are returning to reprise their roles.

Currently, there is no set release date for season two, you can expect the anime to go live this fall according to reports that have circulated about an October premiere! What do you think of this new poster for season two? Are you hyped for the return of Demon Slayer?

Following on the record breaking success of the Mugen Train movie (as well as the smash hit debut season of the anime that started it all) Tanjiro and co are set to return in 2021 in Demon Slayer season 2. The next season of Demon Slayer will adapt the Entertainment District Arc of the manga. Demon Slayer season 2 will adapt volume 9 of the manga which covers the Entertainment District Arc  as explained in the trailer “awash in vanity and desire of men and women. A town of the night swirling with love and hate.”

He is the main protagonist of the series, a gentle young man with a lot of determination and who does not give up once he has a goal to achieve. He also has a highly developed sense of smell. He became a demon slayer after long training with Sakonji Urokodaki, the master of stream-style breathing, currently used by the protagonist. He also has control of an incomplete breathing style of “fire god’s breath”.

She is Tanjirō’s younger sister and the only survivor of her family with Tanjirō after Muzan Kibutsuji’s attack, although she became a demon. However, she retains her memories and feelings for her brother. Having become sensitive to sunlight, her brother transports her in an oak wood box during his travels. Despite being a demon, she has a sweet and kind character; but when it comes to defending her own, she does not hesitate to draw her claws. It is worth mentioning that she has the power of a demonic moon, and she has not fully activated her demonic power. Urokodaki suggested to Nezuko to see all humans as her family to protect them and fight other human-eating demons.

He is a demon slayer and traveling companion of Tanjirō and Zenitsu, who wears a boar mask. He lived most of his life in the forest where he fought with animals and demons. His personality is similar to that of an animal, he acts on impulse and is too proud, but as time goes by he will learn that to survive you do not always have to act defensive and that it is good to get help when you need it. He is a skilled swordsman who uses two swords to fight with a peculiar form obtained by breaking the edge of his sword to make his cut more painful.

He is a demon slayer and travel companion of Tanjirō and Inosuke. Zenitsu has a cowardly personality due to his low self-esteem, but still wishes to live up to the expectations of others, despite being constantly scared, crying, and running away. The sense of hearing is highly developed to the point of being able to hear and differentiate the breath or heartbeat of beasts, demons or humans. This character will be able to develop this sense to the point of being able to listen to thoughts. He says he wants to live a modest life where he can be of use to someone and has the idea of ​​marrying some pretty girl. He becomes a completely different person when he falls asleep during a fight, because that is when he forgets his fears and his body acts on its own thanks to the arduous training of the ancient pillar and great master of thunder breathing. As an interesting fact, this character got the yellow / orange color of his hair after being struck by lightning on his head.

Giyu is the first demon slayer Tanjiro met. He initially tried to eliminate Nezuko, but chose to avoid it after seeing her brother’s tenacity. Before leaving, he told her to visit Sakonji Urokodaki. Later it was revealed that he is the pillar of water and this character will help Tanjiro on many occasions. Despite not being the strongest pillar, he can defeat lower moons with evident ease and this showed the eleventh water breathing posture.

He is the antagonist of the series and the one who transformed Nezuko into a demon and the one who ended the life of the Kamado family. He lives in human society posing as a human. A millennium old, he is the first demon and the ancestor of most other demons and is presumed to be so powerful that he controls the 12 demonic moons and if any demon betrays him by giving information about him, this demon will die instantly. His blood is what contaminates the human and turns him into a demon, this blood is injected through his nails that apparently work like needles giving immense power to a demon, but it must give a little amount of blood otherwise, this demon will die from too fast a mutation.