When is Darling in the Franxx Season 2 Coming Out? 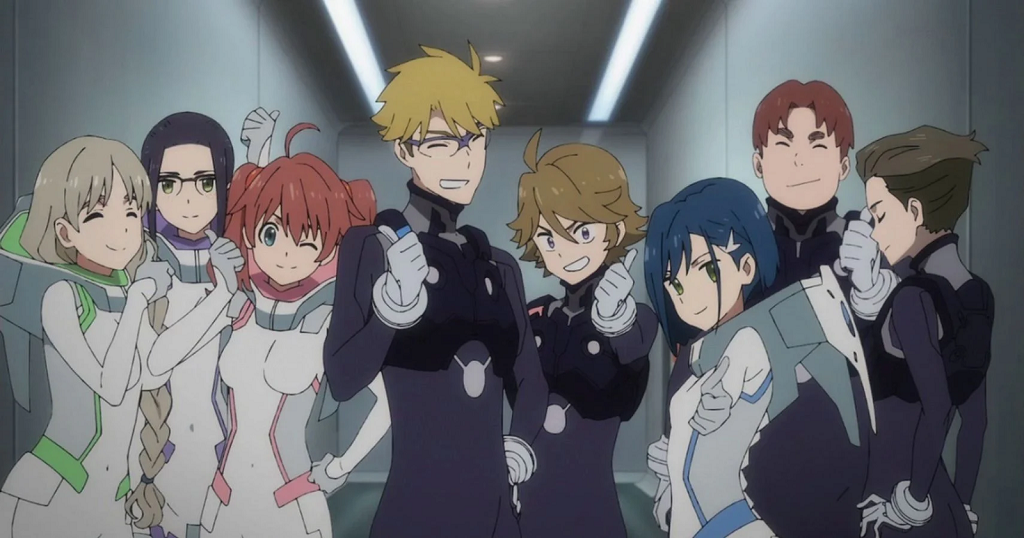 Darling in the Franxx is a popular science fiction anime series produced by the Trigger studio in collaboration with A-1 Pictures. The anime, which features an original script (not based on an existing manga), was officially announced at the Anime Expo in July 2017. The series premiered on January 13, 2018 and ended on July 7 of the same year. It featured 24 episodes, plus 2 special episodes. It also had an adaptation to the manga, which began serialization on January 14, 2018 on the website Shonen Jump + of Shueisha. After the massive success of Season 1, a lot of fans have been clamouring for the release of Season 2 of the amazing show. Will it actually happen? Let’s find out.

Darling in the Franxx Season 2: When can fans expect it?

What is the backdrop of Darling in the Franxx?

Darling in the FranXX is a winter 2018 anime produced as an unprecedented collaboration between A1 Pictures, Studio Trigger, and ClowerWorks.

It’s been almost three years since Season 1 concluded, and fans have been desperately waiting for Season 2 of this next modern-wicking masterpiece.

Darling in the FranXX takes place in the distant future of Earth, where humanity has moved to live in huge fortified cities called Plantations to protect themselves from Klaxosaurs. These plantations are home to a squad of mecha soldiers called FranXX, piloted by pairs of adolescent men and women. These teens are explicitly bred to operate these machines and nothing else.

Hiro, one of those teenagers, cannot pilot the FranXX. As a result, his self-esteem goes to waste until one fateful day he meets Zero Two, who is a mysterious girl capable of piloting the FranXX without a partner.

The anime progresses as Hiro teams up with Zero Two as an unknown danger awaits him.

Who is the creative force behind Darling in the Franxx?

The anime is directed by Atsushi Nishigori. Masayoshi Tanaka is in charge of character design, and Shigeto Koyama is the mechanical designer. Hiroyuki Imaishi collaborates as animation director and Asami Tachibana is the music composer. The opening theme, “Kiss of Death” has been performed by Mika Nakashima and Hyde. While the ending theme of the first six episodes is called “Torikago”, the ending of the seventh episode is called “Manatsu no Setsuna” and the ending from the eighth episode onwards is called “Beautiful World”. All of these themes have been sung by the voice actresses of the characters Zero Two, Ichigo, Miku, Kokoro, and Ikuno. Crunchyroll has the rights to stream the anime simultaneously and has been licensed by Funimation to stream it dubbed into English.

How many episodes are there in Darling in the Franxx?

The anime that has a total of 24 episodes, was released on January 13, 2018. In addition, two special episodes were broadcast that functioned as intervals in the story. In these episodes, interviews were presented with different members who were responsible for making the franchise, such as the director of the series, the screenwriter, the voice actors and the artist in charge of the adaptation to the manga.

When is Darling in the Franxx Season 2 release date?

Season 2 of Darling in the FranXX is yet to be announced. There is no news confirming the launch of a new season of the show, but we can still expect another season to launch for fall 2022.

Despite the success of the series, it’s not very likely that it will get season 2. Studio Trigger is not known for making sequels, and the finale gave us a digestible conclusion indicating that there might not be a second season. However, since the anime was a collaboration, there is still a chance that the anime will be renewed.

What can fans expect from Darling in the Franxx Season 2?

Darling in the FranXX is an original anime, so it doesn’t have a source from which we can predict season 2. However, if the anime is renewed, we would see the events that follow Zero Two’s battle and Hero’s fight with VIRM. According to some popular media houses, the anime series is considered the “next modern mecha masterpiece.” The story takes fans to the distant future, where humans live in huge protected cities called Plantations.

Here they will protect themselves from the horns, a biological weapon manufactured by the Klaxo Sapiens, the humanoid aliens that lived on Earth.

In these cities is a group of soldiers from Mecca called FranXX, led by pairs of male and female adolescents. These teenagers are raised solely to operate these machines, and they don’t know how to do anything else.

However, one of them is the protagonist, Hiro, and surprisingly, he cannot make the FranXX machines work. So his self-esteem is low until everything changes when he meets Zero Two.

This mysterious girl has the ability to drive the FranXX even without a partner. So they start working together not knowing that there is enormous danger awaiting her.

Since this is an original anime series with no manga source, it is quite difficult to predict what will happen next in Darling in the FranXX Season 2. It can happen in different ways. However, if renewed, it could continue with the events after Zero Two’s battle and Hiro’s fight with VIRM.