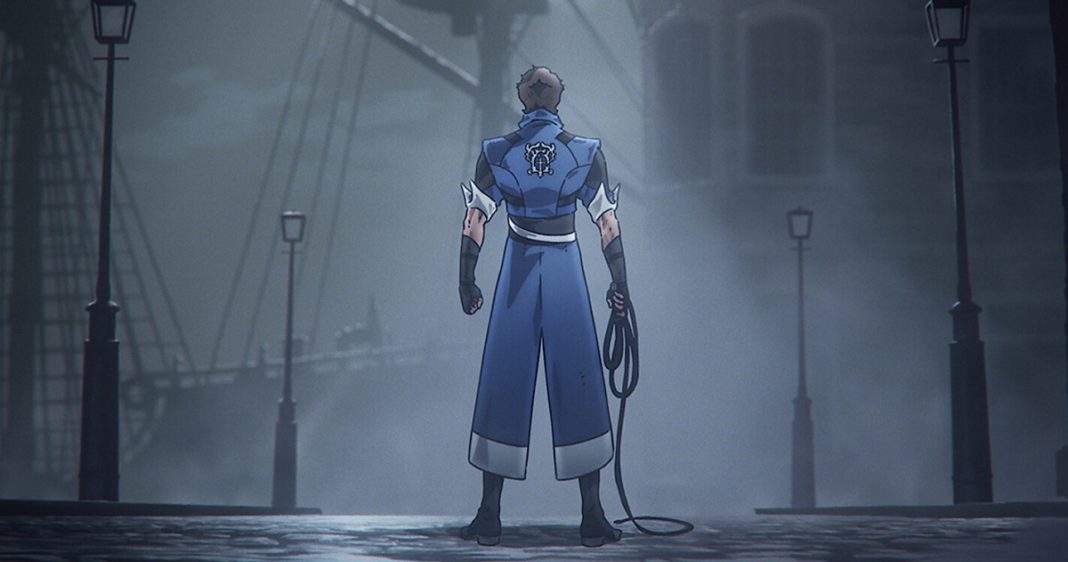 While Castlevania Season 5 won’t be happening, a spin-off series based in the same universe will be produced. Castlevania ending with season 4 was officially confirmed by the series’ producers in April 2021, via Deadline. With the fourth installment in 2021 being the last chapter of the main story, fans of Castlevania were shocked that the series will not return with Castlevania season 5.

During the special Netflix Geeked 2022 presentation, we finally got to see a bit of season 5 of the animated series Castlevania for Netflix, which will star Richter Belmont under the subtitle Nocturne. This news is not new. Those who have been waiting already knew that this character would appear in the new season.

Let’s take a look at what we can expect from Castlevania: Nocturne on Netflix.

Who is Richter Belmont?

Over the years, we have been able to control this character in various games in the saga, and due to this he became one of the most recognizable icons of Castlevania. He even earned an appearance in Super Smash Bros.

The protagonist of Castlevania season 5 based movie was born around the year 1770 and was trained as a child in the use of the whip to confront the forces of evil.

A descendant of Trevor Belmont, the main character of Castlevania III Richter Belmont and his elder are separated by 300 years of history. We do not know if this element is going to be kept in the series because there is also the rumor that Richter Belmont is the son of Juste Belmont, the protagonist of Harmony of Dissonance. This fits the chronology, but there is nothing to confirm it. Richter is canonically considered the most powerful among the members of the Belmont clan up to that point in history. He was the only one able to use the power hidden in the vampire slayer’s gadgets, the most skilled with the ‘vampire killer’ whip, and capable of impressive jumps that almost allowed him to fly. When we said that Richter appeared in one of the most popular installments of Castlevania, we were mainly referring to Symphony of the Night where a member of the Belmont family iconically became the protagonist of thousands of cosplays, fanfics, and fan art.

Before continuing, we must warn that we will make ‘spoilers’ of several games, especially Symphony of The Night. We don’t know if Nocturne, season 5 of the Castlevania series on Netflix, is going to use these same elements.

A sorcerer named Shaft and his followers revived Dracula and kidnapped several young girls to serve him as food. Among them was Annette, Richter’s fiancée. Because of this, the vampire slayer found a personal reason to confront the earl, in addition to duty to his clan. With the help of Maria Renard, a girl with great magical powers, Richter defeats the army of darkness and Dracula himself, rescuing Annette in the process.

In Japan, This game was released in 1993 for the PC Engine (TurboGrafx 16) console.  The rest of the world didn’t officially receive it until 2007, when an enhanced version was released for The Dracula X Chronicles collection on PSP.

Instead of Rondo of Blood, the west received this game for the Super Nintendo. This game originally came out in 1995 and was recently part of the Castlevania Advance Collection, a review of which can be found here. Among the story’s main differences from that of Rondo of Blood are that Maria is not playable and that she and Annette are sisters.

Annette may die and Richter may have to face a vampire version of her,  Depending on which route we take which may change the ending.

Symphony of the Night:

Richter plays a very important role in the plot although the protagonist of this excellent 1997 game for the first PlayStation is Alucard.

The story begins with his disappearance at the same time Dracula’s castle appears, just five years after the events of Rondo of Blood. Both Alucard and Maria begin to explore the place, only to discover that Richter appears to have turned evil and taken control of Dracula’s army.

Alucard breaks Richter out of the spell With Maria’s help and defeats Shaft,

He also confronts Richter’s own father. This story continues in Nocturne of Recollection, an audio drama in which Richter—despite abandoning his destiny, ashamed of allowing himself to be manipulated by Shaft—takes up the whip again to help Alucard and Maria go face to face with  incubus Magnus.

Richter abandons the vampire hunt forever at the end of this adventure and hands over the ‘vampire killer’ to the Morris clan —formed by another line of descendants of Trevor and Sypha— so that they continue the legacy of the Belmonts.

A century after his death, our hero Richter Belmont appears as a vision to Jonathan Morris—the heir to the ‘vampire killer’ whip—to help him unleash his true power so he can use it to confront the vampire Brauner, death, and Dracula himself. Richter Belmont is also playable, thanks to secret codes or downloadable content, in Castlevania: Symphony of the Night, Harmony of Despair, and Portrait of Ruin. However, none of these campaigns are considered canonical.

As you may have noticed, this is one of the characters with one of the most interesting and elaborate stories in the franchise. We still don’t know what plans the Castlevania season 5 writers at Netflix have for Richter Belmont, but we think they may be light adaptations of the events of Symphony of the Night and Rondo of Blood.

Its subtitle ‘Nocturne’ may be a reference to the original Japanese title of one of those games: Nocturne in the Moonlight. We would love for the next season to show us Richter and Maria saving Annette from the clutches of Shaft. The following season could jump back in time and show him as the villain he is at the start of SotN, taking on Alucard before revealing who controls him. This of course will have to accommodate the fact that Dracula is no longer a villain at the end of season 4. What will happen finally? We can’t wait to find out when Castlevania: Nocturne premieres on Netflix.