Bill Burr’s F Is For Family Season 6 Won’t Happen, Find Out Why! 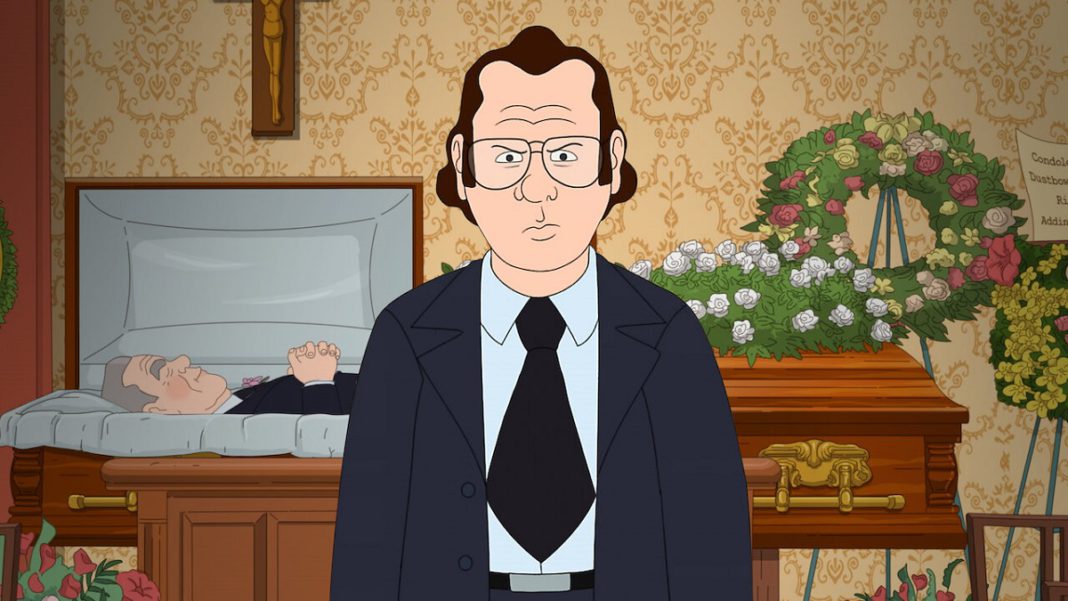 Co-created by Bill Burr and Michael Price, F Is for Family has been gracing our screens since its debut in 2015 and the animated series has been a fan-favorite ever since, earning an audience score of 93% on Rotten Tomatoes. But for fans who have made their way through all the new episodes, many have been wondering if F Is for Family Season 6 is on the way. Let’s discover why the show ended.

F Is For Family Season 6 Not Renewed: The Show Ended For Good (Interesting Facts)

F Is For Family Season 6 ended for good:

F Is for Family will not return to Netflix for season 6 because  when asked how to move and continue the satirical sitcom to an alternative streaming platform, Michael Price explained that it was not possible due to legal complexities and Netflix’s ownership of the rights. He also revealed that he is involved in another animation project that could end up at the streaming giant. Taking all these factors into consideration, it’s unlikely that ‘F is for Family’ season 6 will ever be made.

Set in the 1970s, Netflix’s adult animated series ‘F is for Family’ revolves around the Murphys, a dysfunctional Irish-American family living in the fictional suburbs of Rustvale, Pennsylvania. It consists of Frank Murphy who is a foul-mouthed Korean War veteran and struggling businessman working for the fictional airline Mohican Airways. His wife Sue is a housewife but also sells Plast-a-Ware (Tupperware). The family has three children. The eldest, Kevin, is in the middle of puberty, is rebellious, and constantly fights with Frank. His younger brother Billy, on the other hand, has a shy personality. The youngest, on the other hand, Maureen, is a tough go-getter and loves to hang out with the unkempt and antisocial neighborhood kids.

The dark humor show progresses through the idiosyncrasies and misadventures of the family and those around them.

Created by Bill Burr and Michael Price, the show is one of the highly acclaimed animated series that has garnered praise for its raw humor, social commentary, and Bill Burr’s signature voice as Frank. Originally released on December 18, 2015, the show has gone on to deliver five successful seasons.

After the premiere of an extremely hilarious fifth installment, F is for Family ended on November 25, 2021.

The announcement of the end of the series came as a shock to fans that the show has accumulated over the years.

Did F Is for Family end well?

On Netflix F Is for Family, returned for Season 5 as a Thanksgiving gift on November 25, 2021. With eight new episodes, instead of 10, the new installment picks up from last season’s cliffhanger in which Frank Murphy’s father unexpectedly passed away. In season 5, Frank continues on his wayward path to join his father in more misguided shenanigans, culminating in a spectacular Christmas Eve show that just might make Frank see the error of his ways.

Critics of the show will say it ended well because Season 5 ends as Frank Murphy’s journey comes full circle.

‘F is for Family’ season 5 closed the final chapter on November 25, 2021, on Netflix. The fifth season comprises eight episodes lasting 26-30 minutes each, with a total of 44 episodes over five seasons.

As far as season six is ​​concerned, the animated show won’t have one as its fifth and final round was the perfect conclusion for the writers and creators of the show.

Speaking about the series finale, co-creator Michael Price said it was a bittersweet feeling to conclude the show as it was a defining experience in his career.

“Working on this show with the great Bill Burr, Vince Vaughn and our amazing cast, writers, producers, and crew has been the greatest joy of my life… I will be forever grateful to everyone at Netflix, Gaumont, and The Wild West for letting us share this stressed-out family, foul-mouthed and loving to the world”, co-creator Michael Price said in a statement.

Spin-offs for F is for Family:

F is for Family joined the ranks of highly rated Netflix animated originals such as ‘BoJack Horseman’ and ‘Big Mouth’. Even though the hugely admired show has come to an end, the Murphys may return to screens in some other way.

When asked about the possibility of a spin-off show, the captain of the ship Michael Price wrote on Twitter: “We would definitely love to do more with Rosie. I’d like to see what kind of father Kevin would become when he was in his 40s. However, he denied that there were no such plans at the time. So there may be a long wait, but the return of the quintessential misfits is really worth it”.

Some Interesting Facts About F is For Family:

F is for Family is an animated series based on Burr’s childhood memories. The series sheds light on the lives of individual family members as well as family life as a whole which could be based on what happened in Bill Burr’s real life.

Over five seasons, released between 2015 and 2021, “F is for Family” took a good look at family life and the 70s. The creators didn’t adhere to “political correctness” and still managed to make a lovable family out of the Murphys with all their mistakes.

It is family dysfunction at its finest:

Frank is a complex character who is short-tempered and foul-mouthed. Frank is also the type of man who only wants the best for his family. The mother of the family is Sue, who is voiced by Laura Dern. Sue is patient and kind, especially when she puts up with Frank, whom she clearly loves very much. But times are changing and Sue is no longer content to stay home and wants a job. So what we get is a very cleverly written look at family dynamics when everyone wants different things. Add in four children: Kevin, who is 15, Bill, 12, Maureen, who is 9, and a baby, and you can imagine the chaos that reigns in the house on a daily basis

The show is very popular with critics:

With an above-average popularity with critics, Rotten Tomatoes gives F Is for Family an 86% approval rating. Matthew Gilbert from the Boston Globe judged the tone of the comedy: “It can be terribly sweet, but in the end it’s surprisingly moving.”

The series received further critical acclaim with its second season having an 89% rating on Rotten Tomatoes with an average score of 7.1/10 based on 9 reviews.

In his review for IndieWire, Ben Travers praised the season for its dramatic genre shift, writing, ” F is for Family illustrates why it’s important to watch shows for what they are, rather than through the genre lens that is imposed on them.”

The show premiered on December 18, 2015, but initially, the show was announced in October 2014 as part of a partnership between Netflix, Gaumont International Television, and Wild West Television.

Several references are made to the city of Pittsburgh in the series:

Set in the fictional town of Rustvale, Pennsylvania, the Murphys are an Irish-American family in 1970.

Pittsburgh is a city Burr has frequently visited on his stand-up tours and shares a hatred of the Philadelphia Flyers with local sportscaster Mark Madden.

The series has a dark bittersweet quality:

According to critics, the series plot lines are ones you would see in any animated family series. The difference is that ‘F is for Family’ treats these themes as if they were real and enduring. And yet it remains a crude, lewd, and not entirely original comedy, but with weight and heart. It has heart and wisdom, qualities that aren’t easy to bring to an animated series. The characters start out as stock creations, but the voice work and storytelling give them added dimensions…Entertaining and honest, the sadness and unease in ‘F Is for Family’ tempers the humor and keeps the series from sinking into frivolity.

F is for Family could be easy to compare it to Family Guy or American Dad but this is much more daring. This has more heart. From the genuinely hilarious misadventures to the bare minimum of Frank being unemployed or not having enough money to pay for a meal, Bill Burr has created a completely relatable comedy. It would have been easy to create cartoons and just make the show fun. Instead, the creators opted for a more realistic look at the struggles of suburban life and didn’t pull any punches. F is for Family is an oddly nostalgic yet hilarious animated series that will surely be missed.