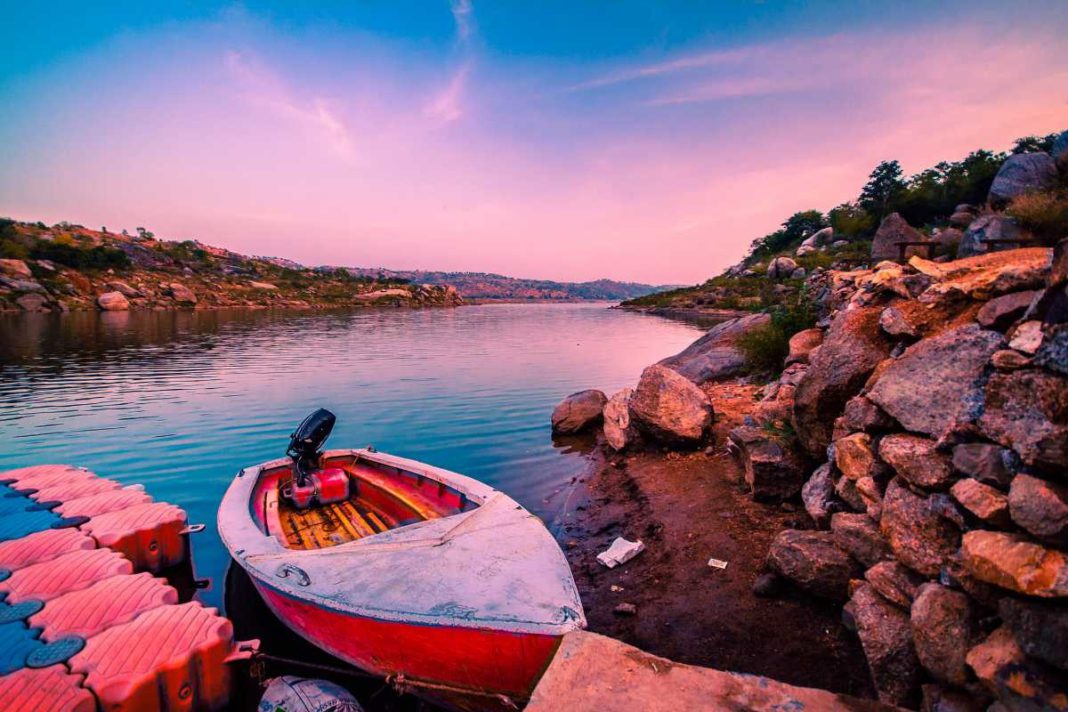 Every year, thousands of individuals go to India’s Tech Hub to work, study, and launch new businesses. So now is a better moment to compile a listing of the best one-day trip locations from Bangalore. You needed a location where you could go for some privacy & try out some daring things after working 40 hours a week. There are various hill stations near Bangalore, along with some historical sites, religious temples, and dense woods because of its geographic location.

So, whether you’re a working professional, a student, or someone seeking to escape the city, here is a list of the top one-day trips from Bangalore that will help you plan the ideal getaway.

Here are a few interesting details about this place you should be aware of.

Here is the top 10 best one-day tour around Bangalore

The stunning Savandurga Hills around the dam was created by Sir M. Vishweshwarya. Bird watchers adore this location, which is about 50 kilometres outside of the city, and tourists come here to see the sunset. In addition, it has some fantastic adventure sports to offer. With activities like kayaking, rappelling, & raft building, this location is sure to leave you breathless—of course, in a good way.

A vineyard tour is considered one of the greatest and most interesting things to do during the colder seasons, despite how unusual it may sound. Vineyard tours are held at various locations tucked away in the Bangalore outskirts. Spend the day seeing and understanding the wine-making process, and then treat the taste buds to a luxurious richness of bottle cocktails to cap off the day.

Chhota Ladakh also referred to as Dodda Ayur, is a small, deserted quarry that is about 60 kilometres from Bangalore and is surrounded by strong rocks. It has been covered with rainwater. It somewhat resembles the scenery of Ladakh. The location is most well-known among bikers who come here to have enjoyable bike rides. But because there are no places to shelter from the harsh sun during the day, it is advised that you only go in the morning hours or the late evening.

This is the go-to destination in Bangalore for a lengthy Sunday morning drive. A breathtaking sight is in store for you after a lovely journey along NH 7 which is only 60 kilometres from Bangalore. If you’re searching for a therapeutic and peaceful getaway from the bustle of the city, it’s one of the greatest one-day getaways from Bangalore. Make sure to come before sunrise if you’re coming in the morning. You’ll never see a better sunrise in Bangalore.

The Bannerghatta National Park, which is 22 kilometres from Bangalore, serves as a sanctuary for a wide range of plants and animals. This national park, which spans a huge area of 104.27 sq. km, was created in 1971. The park itself is home to several companies, including the first butterfly park in the region. Ten Reserve Forest of the Anekal Range of Bengaluru Forest Division, an aquarium, a zoo, a children’s park, a crocodile farm, a snake park, and a park for prehistoric animals are also nearby attractions. In addition, a forest safari, which is an extremely popular activity here, will allow you to get close-up and personal with the amazing wildlife.

All those seeking an adrenaline rush head to Wonderla, which is reputed to be the greatest adventure attraction in the city & also among the most popular in the country. The park offers a variety of rides for all ages, even if its high-adrenaline dry rides are its most well-known attraction.

Imagine going on a trek in the dark while admiring a stunning landscape that includes moonlight. We’re referring to the stunning Skandagiri! You’ll be strolling amid clouds if you climb a hill. Yes, a day trip from Bangalore to Skandagiri is ideal for groups of friends and couples. Additionally, it makes just a beautiful drive!

Due to its cultural significance, Lepakshi is a lovely location to explore for a single day with family close to Bangalore. According to myth, it is recognized as the location where Lord Rama bestowed Attaining enlightenment, a demi-god who became the form of an eagle. Lepakshi is a place you should visit since it has a historical ambience and landscapes that are reflective of the Vijayanagar era.

The Kaav Safari Resort is a great place to spend your weekend while exploring Kabini’s breathtaking scenery. Take a free coracle ride, enjoy a delicious lunch at this restaurant, go swimming, and best of all, go on a jungle safari to discover the Kabini woods and maybe even see a tiger!

Avani is a tiny village in the Mulbagal Taluk, found around 10 kilometres away from Kolar Gold Mines. This well-known location for rock climbing is 13 kilometres from Mulbagal. He is a legend; thus, he is well-known. Sita led to the birth of the twins at Avani, and following local legend, the renowned sage Valmiki who wrote the Ramayana lived here. Avani, sometimes referred to as Gaya of South, is home to several historic temples.

Night Life in Bangalore: Top Party Places You Can’t Miss Out on in 2022

They say you should wait until some time until dawn if you wish to understand a city inside and out. Bangalore, India's Silicon Valley,...
Read more
Travel

Sometimes you need to bulk up your wallet while you are traveling the world. Whether you’re looking to top up your savings or earn...
Read more
Travel

4 Things to Do in the Great Smokey Mountains

After months of strenuous work and hectic schedules, are you desperately in need of a change of scenery? Of course, yes, but the question...
Read more