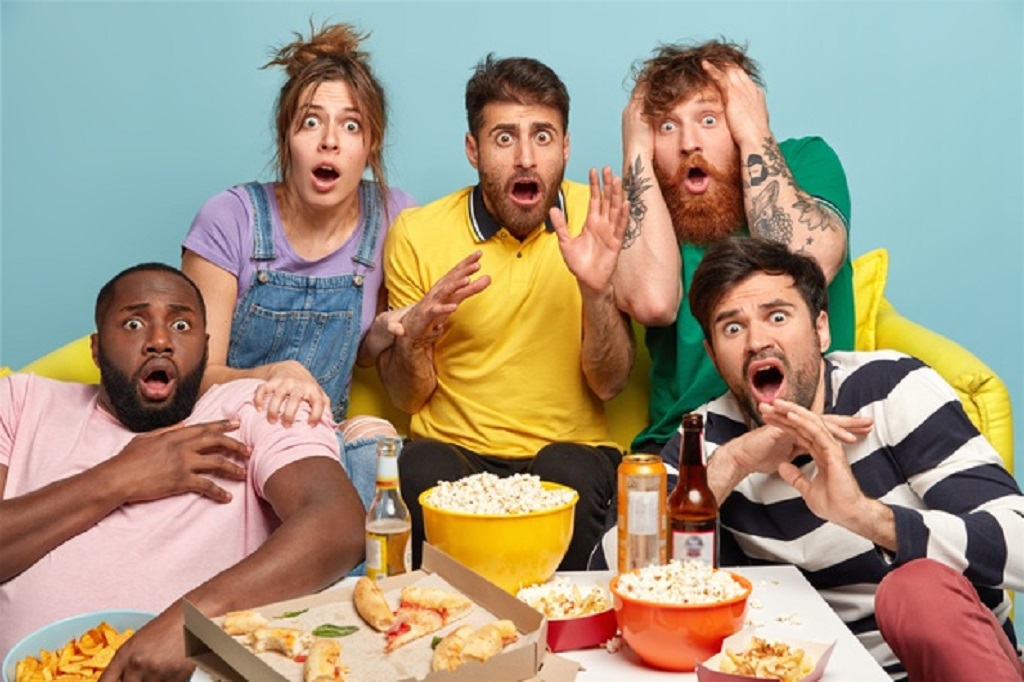 Tell me what is the common thing between movies that looks absolutely silly, movies that are complicated to understand, and movies that are so bad that they make you question the sanity of the makers? Well! Let me tell you all those movies are super fun to watch when you are high. So, what are the movies that you should watch in case you are high- is that the question in your mind? Don’t worry, we have got you covered. Here is the list of the top 18 best movies to watch high. So, without further ado, let’s start with the article.

Mulholland Drive is the best movie to watch while you are high. This movie is directed by David Lynch who is a very famous director. And the movie is one of the most mysterious movies that you will ever watch. Moreover, the movie features a stellar performance by Naomi Watts.

And the movie revolves around the three principal characters- a Hollywood hopeful, a woman who has lost her memory, and a director dealing with mobsters over the casting of his movie. In fact, if you are high while watching the movie, you will be able to make sense out of the whole randomness.

If you are looking for a movie to watch while you are high, then you can’t afford to miss out on the movie called Enter the Void. This movie is directed by the very popular director Gasper Noe and with this movie, he made the entire psychedelic trip pretty much accessible to India.

The movie follows a drug dealer as his spirit was floating over Tokyo and then again, he re-examines life. Didn’t get the point? The director was on mushrooms while we wrote the film and might have to do something to do with how the movie turned out.

Inception is yet another amazing movie to watch when you are high. The movie stars the very popular Leonardo DiCaprio. This film is about Don Cobb who is a thief and has the ability to enter people’s dreams. As a result, he could easily steal the secret from their subconscious mind. However, things take a more bizarre twist once Cobb is ordered to things that seem pretty much impossible.

Yes! He was ordered to plant an idea in someone’s dream. Definitely, one of the trippier movies to watch high, Inception is greatly shared with a strain like Gorilla Glue. So it is a must-watch movie for you if you are high and even if you are not.

A movie that became an instant cult classic once released is none other than the Eternal Sunshine of the Spotless Mind. Kate Winslet and Jim Carey star in this random yet quirky love story that basically follows the two as they try to forget about each other. It was like “erasing” each other from the respective minds.

I feel it is one of the best movies to watch high without a doubt and trust me, you will want to watch it again and again. So hurry up and watch this movie if you are high.

In the year 2009, the movie Avatar was released and since then, it became a sensational hit. It is directed by James Cameron, the director of Titanic and it became an instant classic. The spiritual and environmental themes that are captured are so mesmerizing and the visual display is amazing. And all of these make Avatar one of the best movies to watch while being high. It will just enhance the already epic film. So you can’t just miss out on watching this amazing movie- Avatar.

The movie called Shuter Island that was released in the year 2010 features the very successful duo of Leonardo DiCaprio and Martin Scorsese. Basically, this is an experiment in the genre of ‘Slasher Films’. The movie is full of dark atmospherics, a slightly disoriented protagonist, and creepy characters. This movie promises to dazzle you with extra-ordinary visuals when you are inebriated.

Being of the most popular stoner flicks of all time, the movie Pineapple Express stars James Franco and Seth Rogan. It is a widely funny movie that follows a stoner along with his weed dealer that witnesses the murder of their “boss”. And tell me what is better than straining to smoke when watching this entirely hilarious as well as perfectly inappropriate film than Pineapple Express itself?

Do you know what was the breakthrough movie of Jake Gylenhall?Well! It was the movie that went beyond everyone’s expectation and the movie is named as Donnie Darko. This movie was released in the year 2001 and was a super hit right after the release. The movie will show you the life of a pretty awkward and slightly oddball teenager.

As the movie goes, you will see that he meets a ‘bunny’ and then the bunny tells him hat the world is going to end within the next 28 days. The narrative is kinda’ spaced out and that’s a good thing if you’re watching it while you’re high.

Another hit movie that you must watch while you are high is the movie called Reefer Madness. This movie was released in the year 1936 and is a classic anti-marijuana film. It is a must-watch film for them cannabis consumers at some point in their life. What better way to watch  a movie like this where kids go crazy smoking dope and then spending time at the “reefer” house.

Well! this might not be the best movie ever made, but this going to be surely a must watch for every stoner as they will enjoy watching it. The film is public domain, so luckily you can just stay here to watch it!

If you are high and want to watch a funny movie, then you can’t miss out on watching the movie called Anchorman. It was released in the year 2004 and is without a doubt Will Ferrell’s funniest film that stars Ron Burgundy who was a very popular anchorman in the 1970s.

Not only you would require help laughing your way through this very serious side-splitting comedy that further features Christina Applegate but Blue Diesel is an increasing strain that will let you in the same good-humored mindset the film was known for. Do you know those strains that send you into an uproarious fit of laughter? Well! Blue Diesel is one of them. Perfect for watching Will Ferrell at his funniest.

Yet another movie with which Nolan began turning heads towards his brilliant work. In this movie called Memento which was released in the year 1999, he tried to run the film backward. But that would be shortchanging the logic and the impact of the film if I try to explain this wonderful movie. Rest be assured that it will blow your mind if you watch being intoxicated, only ever slightly.

Once again Christopher Nolan. Do you ask stoner’s favorite filmmaker? Maybe. In fact, everything was hunky-dory in the movie Interstellar till the last half an hour. Right when they start zooming through the world of Quantum Physics as well as concepts like gravitational constant, slow passage of time, and singularity- and all of these left everyone in a dizzy manner.

If you stay high and then watch this amazing movie, I think it will help you to stay focused on the essentials and you might in real terms make sense of it.

If you love to watch documentaries, then you must watch Samsara as it is a breathtaking documentary. Spanning 25 countries for around five years, this is a non-narrative documentary that goes on a journey of greater and better understanding of the natural world as well as the human spirit. In fact, look at the war, violence, poverty, suffering, greed, and financial success all around the world among the several cultures that basically create the global community.

Samsara is actually a Sanskrit word that means “Wheel of Life” and the cycle of birth, death, and rebirth. You can pair this documentary with a spiritual strain such as Laughing Buddha. It is known for its meditative as well as introspective properties.

The movie Before the Flood is an eye-opening documentary that features Leonardo DiCaprio who needs no introduction. In the movie, he talks to activists, scientists, and world leaders in order to discuss climate change. And all that includes the current as well as pending danger and possible solutions.

With the movie “The World’s End”, actors like Edgar Wright and Simon Pegg has reunited to fuses the Zombie genre with a pub crawl among some of the college friends who are having a meet up right after twenty years. In fact, the world depends on it. The movie is hilarious, filthy as well as a perfect combination for each time you want to watch a movie while you are high. Just go and watch the movie if you are high now.

If you want to watch a movie that is hilarious and based on marijuana plot device in film history, then you can’t afford to miss out the movie called “Up In Smoke”. It was released in the year 1978 and was a huge success by then. This movie has two lead dim-witted characters that will steal a whole car made up of marijuana.

Yes! Adn will drive it from Mexico to LA with a police officer chasing them. If you are high, it will leave you on ahigh believe me and will surely be a great company while you are there watching the movie.

Right after t success of Shaolin Soccer, Stephen Chow’s went up with his second experiment with the martial art that is fun as hell! You will see that the film follows a wannabe-gangster while he joins the mob gang in the city. And then the residents of the housing complex started defending their turf using their own extra-ordinary powers.

The movie is funny, offers innovative visuals and some very inventive actions that set pieces in the climax. It will ensure that you have a blast while watching the movie. So what are you waiting for? Just go and watch this move now or you can plan to watch it when you are high.