A Rainbow Kiss: Most Common FAQs! 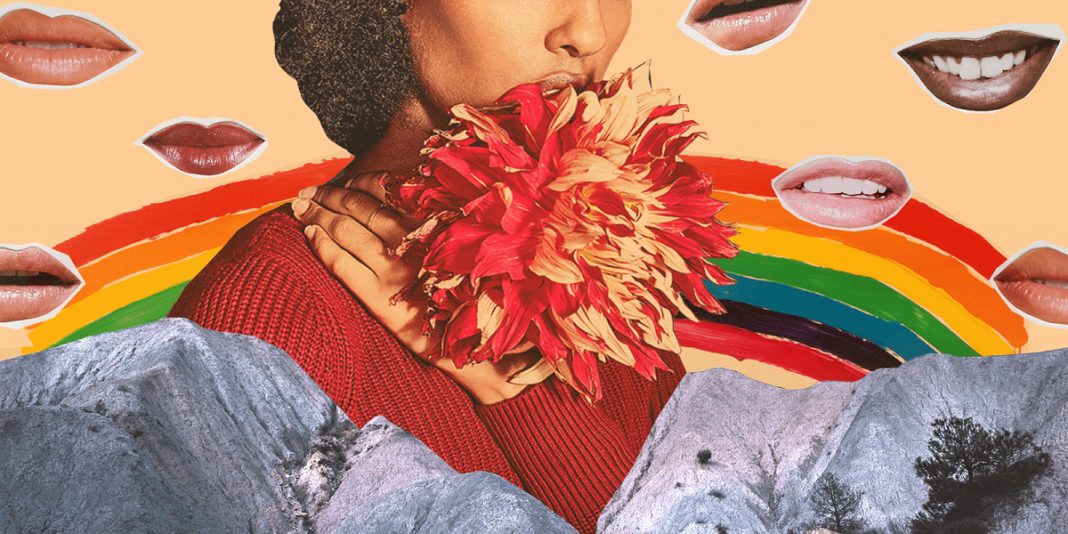 Most people don’t know what a rainbow kiss is. A rainbow kiss has nothing to do with the practice of mixing food in the colors of the rainbow or kissing a person from the LGBT+ community either. The Rainbow Kiss, as its name does not indicate, is actually a kind of, particularly wet kiss. One that involves a female who is menstruating and a male partner. According to Women’s Health magazine, having studied the concept with different sex experts, the Rainbow Kiss consists of a kiss during which a man and a woman exchange semen and menstrual blood through the mouth.

A Rainbow Kiss Explained: All You Need To Know!

What is a rainbow kiss?

The rainbow kiss sounds like an innocent thing, but it’s actually an adult term, which relates to an unusually intimate relationship practice between two people.

This form of kissing is particularly wet, involving the presence and even the exchange of bodily fluids. Sensitive souls refrain from reading this: A rainbow kiss is the exchange or mixing of bodily fluids including semen (ejaculated in the woman’s mouth) and the menstrual blood (when the mangoes down on a woman during her monthly cycle).

Some people do this in turn, while others prefer to rainbow kiss after sex in a sixty-nine position. It depends on each person’s personal sexual preferences. Some enthusiasts claim that blood and semen together create a rainbow color, which is why the term “rainbow kiss” comes to life.

Why do people practice a rainbow kiss?

Not many people know what a rainbow kiss looks like, as some actually find these experiences in bed a bit drastic to their liking. However, other people think it’s just a good thing to make their sex life more interesting. Either way, this activity is relatively new and this might be the first time you’ve heard of it.

Some even consider sex during menstruation a blessing to take a maximum of pleasure. In short, as with everything, all tastes are in nature and all practices are respectable as long as they are accepted.

So yes, having sex on your period is a whole different story from giving yourself a Rainbow Kiss, but if we are to believe the experts interviewed by health magazines, a rainbow kiss can be considered a new adventure or even a demonstration of confidence, like a kind of blood pact for those who practice it.

Is a rainbow kiss dangerous?

Because the act is meant to be particularly intimate (with dirty parts of your body), we might as well tell you that it is important and fundamental – to practice it with a trusted partner.

A Rainbow Kiss should only be practiced with trustworthy people for obvious health reasons. As with any sexual practice involving an exchange of fluids, a rainbow kiss can cause the transmission of STDs-STIs (herpes, HIV, chlamydia, hepatitis B, syphilis etc.) and even promote it, menstruation blood being a risk factor increased for men if the woman has a viral STI. In the absence of disease and sexually transmitted infections, practicing the Rainbow Kiss would however be perfectly harmless!

According to a 2011 survey by the US Centers for Disease Control, 47.4% of high school students reported never having had sex. However, it’s important to note that many teens consider oral sex and other non-sex games to be sex, even though they carry many of the same risks. Therefore, it is important that young people understand the risks involved in all types of sexual play and are given adequate means to protect themselves not only from pregnancy but also sexually transmitted diseases.

A rainbow kiss has nothing to do with the rules of the art, or with the pride flags.

In the case of homosexual relations, the simple exchange of love juice – with blood or not – or of semen via kiss may just as well do the trick.

Either way the sex involves menstrual blood and has nothing to do with the colors of the rainbow. It is simply a mix and definitely a very wet exchange in terms of fluids.

Other meanings of a rainbow kiss:

Rainbow Kiss is an extreme makeup game developed by teenagers. In a rainbow kiss, several girls wearing different colors of lipstick all perform oral sex on a boy, creating a rainbow effect on his penis.

There is also a Scottish piece called ‘Rainbow Kiss’, which was written by writer Simon Farquhar. This piece of literature was staged in London and received mostly positive reviews from critics.

Betting on the outcome of sports and other events has been a popular activity across the world for millennia. But since the development and popularisation...
Read more
Lifestyle

Summer is nearly here. The nights are getting warmer and the days longer which is why new fashion to follow is just around the...
Read more
Lifestyle

How to Style Your Bedroom Mirror

Mirrors are a tool we use to view ourselves to ensure we look presentable before leaving home. But there are other ways we can...
Read more